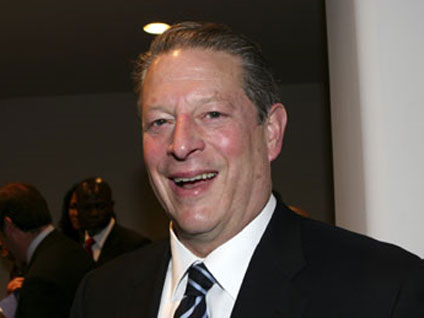 According to a memo released by Multnomah County District Attorney Michael Schrunk, Gore - a Nobel Peace Prize winner - was "completely baffled" that the red-haired masseuse claimed he attempted to have sex with her during an appointment at the stylish downtown Hotel Lucia on Oct. 24, 2006.

"Mr. Gore unequivocally and emphatically denied this accusation when he first learned of its existence three years ago," Gore spokeswoman Kalee Krieder declared in a statement.

After Hagerty appeared in the National Enquirer claiming to possess damning forensic evidence against the global warming ambassador, Portland authorities decided to take a further look into the investigation and the case was re-opened July 1.

Gore and his attorneys met with Portland police in San Francisco on July 22. During the questioning Gore told authorities that he remembered almost nothing about Hagerty, according to the memo.

Hagerty's accusations first surfaced in late 2006 after her attorney contacted police, but she then refused to answer questions from detectives and asked to halt the investigation. No charges were filed.

A 2007 police report said the accuser refused to cooperate with the investigation or report a crime.

However, in January 2009 Hagerty gave a statement to police saying Gore attempted to have sex with her during an appointment at the swanky hotel, where she said Gore was listed as "Mr. Stone."

As detailed in the memo, the case's dismissal was due to "conflicting witness statements, celebrity issues and lack of forensic evidence and denials by Mr. Gore." Investigators further claimed in the memo that Hagerty's accusations "did not merit further inquiry."

It is unknown whether money was the motive behind the 54-year-old's claims. Apparently she failed a polygraph examination and refused to disclose whether she was compensated by the tabloid for her story.

"After evaluating the materials submitted by PPB I have concluded that I agree with the assessment that a sustainable criminal case does not exist," the District Attorney said in a statement, according to CBS affiliate KOIN.

Gore's team couldn't be more pleased. Following Friday's announcement, Krieder said in a statement, that Gore "respects and appreciates the thorough and professional work of the Portland authorities and is pleased that this matter has now been resolved."