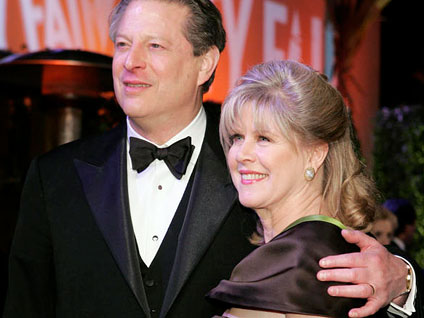 Al Gore and his wife Tipper Gore are planning to separate after 40 years of marriage.

In an e-mail sent to friends obtained by CBS News, the couple said they had made "a mutual and mutually supportive decision that we have made together following a process of long and careful consideration."

"We ask for respect for our privacy and that of our family, and we do not intend to comment further," they said.

The "separation really is mutual and cordial," a close friend of the couple told CBS News. "There isn't anyone else. They just want to go their separate ways."

Gore spokesperson Kalee Kreider confirmed to CBS News that the couple was planning to separate and declined further comment.


Photos: Al and Tipper Gore
Al Gore was the Democratic Presidential nominee in 2000, ultimately losing a controversial election for former President George W. Bush. He later shared a Nobel Peace Prize and Oscar for his work to raise awareness of climate change and his related documentary on the issue, "An Inconvenient Truth." Family friend Sally Quinn told CBS News correspondent Sharyl Attkisson that Gore winning the popular vote for president but losing the electoral vote may have done the marriage irreparable harm. "He's obviously suffered a lot," Quinn said. "He'll never get over that and neither will she."

Tipper Gore, a professional photographer, has advocated for mental health issues; she is also known for co-founding the Parents Music Resource Center in the 1980s, an organization that successfully pushed for "Parental Advisory" labels on music with explicit content.

Politico reports that the couple grew up in the Washington area and met at a high-school graduation dance; they celebrated their 40th anniversary just two weeks ago.

The pair famously engaged in a passionate kiss at the 2000 Democratic convention (see left.)

"In Vice President Al Gore's campaign to change his robotic image, nothing may have helped more than the big smooch," the New York Times wrote at the time. "Mr. Gore stepped on stage at the Democratic Convention on Thursday and greeted his wife, Tipper, with a quick embrace and a kiss on the lips. But instead of letting go, as nice politicians are supposed to, he wrapped her tighter in his arms, closed his eyes and gave her a full-mouthed kiss that lasted a exceptionally long time."