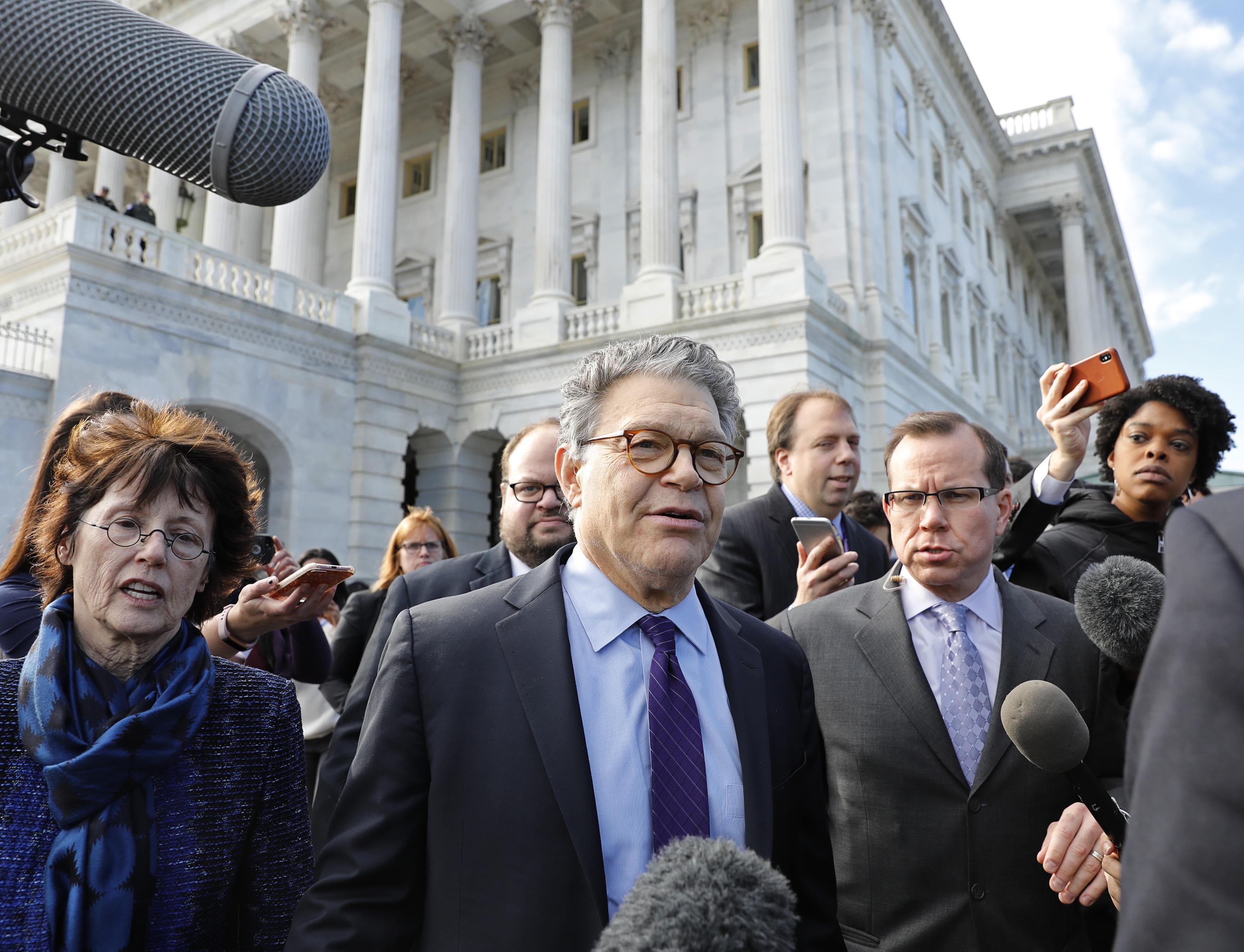 Sen. Al Franken spoke to friends and supporters in Minnesota Thursday evening ahead of his resignation from the Senate, which he announced earlier this month amid a storm of sexual misconduct allegations. At times becoming choked up, Franken said it is the "honor of my life" to serve the people of Minnesota.

"Here is my promise to you: I may be leaving the Senate, but I am not giving up my voice," Franken said. "We still have a lot of work to do together on issues ranging from net neutrality and climate change ... and we still have to be ready to speak out for economic justice and to defend the truth."

Franken gave tribute to late Minnesota Sen. Paul  Wellstone, who died in a plane crash in 2002.

Franken kicked off his speech by saying "I am here to thank you." He extended gratitude for nearly 30 minutes to those who helped him achieve an eight-year run as a U.S. Senator, most notably his wife, Franni, CBS Minnesota reports.

"Whatever it is that we do next, we will do it together," Franken said. "And while I can never thank her enough for her love and support, I am willing to spend the rest of my life trying."

He also highlighted achievements, like helping pass the Affordable Care Act and the Farm Bill.

"All these years later, I am deeply proud of the work I've been able to do on Minnesotans' behalf," Franken said.

His decision to step down came after a wave of calls for his resignation from his Democratic colleagues. Multiple women have alleged he inappropriately touched them or tried to forcibly kiss them.

He'll officially step down on Tuesday. His successor, current Minnesota Lt. Gov. Tina Smith, is set to be sworn in on Wednesday.

The former "Saturday Night Live" comedian first won his Senate seat in 2009 after a lengthy recount. He officially beat Republican Norm Coleman by 312 votes. He was reelected in 2014 by a margin of more than 200,000 votes.

But support from many of his fellow Senate Democrats collapsed after the sexual misconduct allegations. Franken disputed or denied many of the accounts.