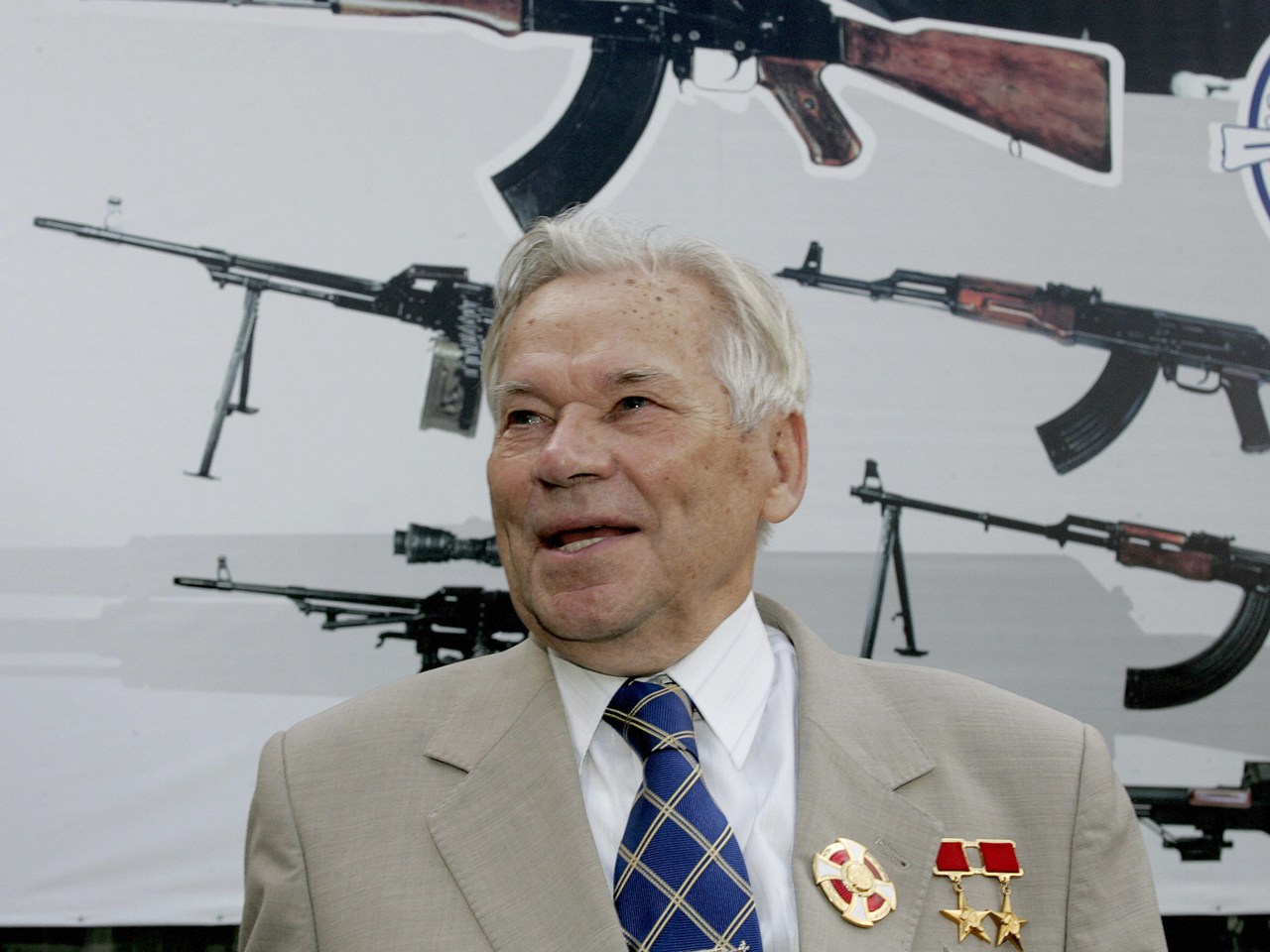 MOSCOW -- In a regretful letter penned a few months before his death, Mikhail Kalashnikov, the designer of the AK-47 assault rifle, asked the head of the Russian Orthodox Church if he was to blame for the deaths of those killed by his weapon.

The Russian daily Izvestia on Monday published the letter, in which Kalashnikov, who died last month at 94, told Patriarch Kirill that he kept asking himself if he was responsible. The AK-47 is the world's most popular firearm, with an estimated 100 million spread around the world.

"The pain in my soul is unbearable. I keep asking myself the same unsolvable question: If my assault rifle took people's lives, it means that I, Mikhail Kalashnikov, ... son of a farmer and Orthodox Christian am responsible for people's deaths," he said in the letter.

"The longer I live, the more often that question gets into my brain, the deeper I go in my thoughts and guesses about why the Almighty allowed humans to have devilish desires of envy, greed and aggression," Kalashnikov continued. "Everything changes, only a man and his thinking remain unchanged: he's just as greedy, evil, heartless and restless as before!"

Kalashnikov's daughter, Elena, was quoted by Izvestia as saying that a local priest could have helped her father write the two-page letter, which was typed and carried his signature.

The rifle's simplicity and reliability made it a weapon of choice for the Third World insurgents backed by the Soviet Union. Moscow not only distributed the AK-47 widely but also licensed its production in some 30 other countries. The gun's cult status among revolutionaries and national-liberation fighters is enshrined on the flag of Mozambique.

The letter, which was sent in April, contrasted sharply with past statements by Kalashnikov, who had repeatedly said in interviews and public speeches that he created the weapon to protect his country and couldn't be blamed for other people's action.

"I sleep well. It's the politicians who are to blame for failing to come to an agreement and resorting to violence," the designer told The Associated Press in 2007.

The church sought to comfort him with exactly same argument. Izvestia quoted Kirill's spokesman Alexander Volkov as saying the Patriarch responded to Kalashnikov and praised him as a true patriot.

"If the weapon is used to defend the Motherland, the Church supports both its creators and the servicemen using it," the newspaper quoted Volkov as saying.

In 2007, President Vladimir Putin praised Kalashnikov's weapon as a "symbol of the creative genius of our people." Putin attended Kalashnikov's burial at a memorial military cemetery just outside Moscow.

While it's not especially accurate, Kalashnikov's rifle can perform in sandy or wet conditions that jam more sophisticated weapons such as the U.S. M-16.

"During the Vietnam war, American soldiers would throw away their M-16s to grab AK-47s and bullets for it from dead Vietnamese soldiers," Kalashnikov said at a 2007 ceremony marking the rifle's 60th anniversary.

Kalashnikov, born into a peasant family in Siberia, first showed his designer skills when he invented some modifications for Soviet tanks while serving as a Red Army conscript. He was badly wounded in a 1941 battle with the Nazis and first started designing of a new automatic rifle while he was recovering in the hospital.

Kalashnikov received numerous honors, including the Hero of Socialist Labor and Order of Lenin and Stalin Prize, but never got rich because his invention was never patented.

Kalashnikov continued working into his late 80s as chief designer of the Izmash company that first built the AK-47. He started travelling the world in the waning days of the Soviet Union, serving as a living symbol of Russian prowess in making weapons and helping negotiate new arms deals.

In his letter to the Patriarch, Kalashnikov said that at 91 he began visiting a church in the city of Izhevsk where he worked and died, adding words of praise for the Russian Orthodox Church.