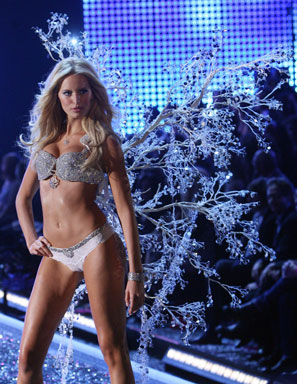 Authorities on Friday turned to the task of finding out how a gunman was able to walk onto a crowded jet at John F. Kennedy International Airport and hold two pilots hostage in the cockpit before surrendering.

Terrified passengers were able to rush to safety and no one was injured during the six-hour incident that began Thursday night. A motive was not immediately determined, though the suspect's father said his son may have mental problems.

The man, identified by police as Aaron Commey, 22, faces numerous federal charges after forcing his way onto National Airlines Flight 19.

Negotiations proved successful and only the gunman remained on board at 1 a.m. It took two more hours to persuade him to surrender. He first asked the Argentine Consulate for help.

Port Authority Police Chief Fred Marrone said Commey asked to go to "a South American country" and mentioned Argentina, but made no specific demands. It was not clear what role Argentina played in the drama.

The Boeing 757, bound for Las Vegas with 143 passengers and seven crew members, had been delayed by fog for about an hour but was ready to take off when Commey approached about 10 p.m.

Commey flashed a handgun at airport workers, walked onto the flight and pointed a gun at the pilot's head, witnesses and authorities said. As he told a flight attendant to shut the jet's door, dozens of passengers fled.

CBS News Reporter Manuel Gallegus reports that a passenger said the gunman told the flight attendant to secure the door and that he had a gun.People then started storming the door. Some of the passengers in the back went down the emergency slide.

"I heard this bustle and commotion behind me at the door and I heard a man's voice saying, 'Just secure the door. Secure the door now,"' said Frank Clark, one of those who escaped.

"Then he walked right through first class at a high rate of speed toward the cockpit. People in the aisle across from me, they said, 'He's got a gun,' that's when all hell broke loose," Clark said.

Many were able to get away and authorities said the gunman later ordered the pilot to clear the plane of any remaining passengers.

Robert Boyle, executive director of the Port Authority, said at one point Commey also asked to be flown to Antarctica.

Commey's father, Samuel, said his son grew up in New York but moved to Milwaukee with his mother and brother several years ago.

"He wasn't responding to the help that I was giving him, just to finish school," said the elder Commey, who lives in New York. "There might be something wrong with him mentally."

Las Vegas-based National Airlines issued a statement saying neither pilot was injured and that customers were being taken care of.

National, which began service in May 1999, provides daily nonstop flights between Las Vegas and major metropolitan areas in the United States, including New York, Chicago, Los Angeles and Miami.

The company's majoinvestors include Rio Hotel & Casino Inc. and Harrah's Entertainment Inc., both based in Las Vegas. It operates a fleet of 15 Boeing 757s, which seat 175 passengers, and recently announced added service for two daily round trips between Newark and Las Vegas.

Hijackings at U.S. airports are rare.

On Sept. 7, 1969, Felix Peterson-Coplin hijacked a New York-to-Puerto Rico Eastern Airlines flight, forcing the pilots to fly to Havana, Cuba. The plane was well into its flight from Kennedy when he showed a handgun to a flight attendant and asked to be led to the cockpit. No one was injured and Peterson-Coplin was eventually sentenced to 6½ years in prison.