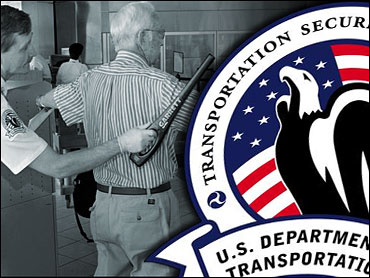 Since 9/11 there has been no higher aviation security priority than keeping bombs off airplanes. All checked bags are now screened for bombs. Some carry-ons — and even some passengers — are being sniffed for traces of explosives.

The failure was across the board. Sources tell CBS News that 21 airports were tested and in all 21, screeners were unable to find component parts which could be used to make home-made bombs.

Between October and January teams of undercover federal investigators walked through various airport checkpoints carrying common household items in their bags. By themselves the materials were not bombs. But they were ingredients which could have been mixed together in an airplane restroom to make an IED, an improvised explosive device.

Because the GAO report is classified, officials will not identify the airports involved or the "household items" that were part of the test. But, security sources confirm, screeners using wands, x-ray machines and explosive trace detectors all failed to find the potential bomb-making materials.

The Department of Homeland Security questions the validity of the test, saying in a statement that the threat revealed is only "hypothetical."
"While random items commonly found under a kitchen sink could conceivably be concocted into an IED... we find it highly implausible," the statement reads.

Still the Transportation Security Administration has ordered screeners to be more vigilant in looking for bomb components.

Security officials argue that defenses against bombs are vastly better than they were. But, they concede the government's own investigation proves that holes remain. And a dedicated terrorist — with know-how —could still beat the system.