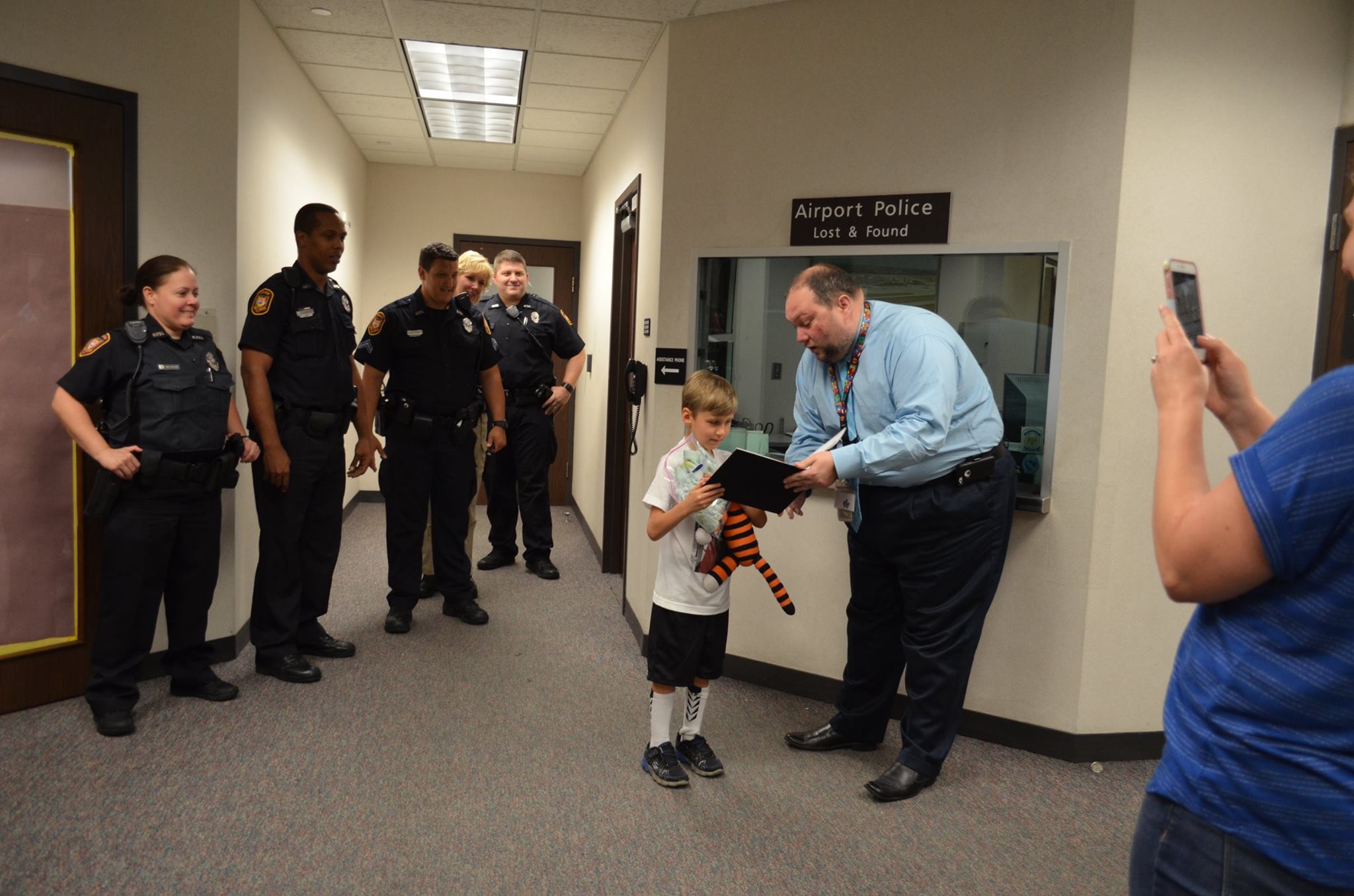 Shortly after boarding a flight to Houston with his family, 6-year-old Owen Lake was frantically searching for his beloved stuffed tiger, Hobbes.

When the boy told his mother his favorite stuffed animal was gone, she called Tampa International Airport to report the "missing" handmade tiger.

Nearly an hour after their plane landed in Houston, Owen's mom, Amanda, got a call from the airport: the stuffed tiger was safe and sound in the airport's Lost and Found.

The mom breathed a sigh of relief, but her son was still feeling uneasy.

Hobbes was on an "adventure," she assured Owen, promising that he'll be back in his arms after their vacation ends.

Amanda's promise to her son couldn't be more true.

Back in Tampa, Airport Operations Center Manager Tony D'Aiuto, who was at the airport when the dispatch call came in from the boy's mom, decided to take Hobbes on "great adventures" around the airport.

With a little help from police officers, airlines, operations staff and other workers, the tiger was taken all over the airport campus.

The stuffed animal was photographed outside by the air traffic control tower, bought gelato, worked out at the employee gym, played Jenga, hung out with firefighters, napped in a hammock and road a luggage cart.

Then D'Aiuto took things a step further. He printed out all of the pictures he took of the stuffed animal on his lunch break and turned them into a hardbound photo book, which he left along with tiger at the Lost and Found counter for the family.

After a five-day trip, the exhausted Lake family returned to the airport to get their prized possession.

"The mother first came in to get the tiger, but when she realized we had a surprise for Owen, she went out to the car to get him," Tampa International Airport Communications Manager Emily Nipps told CBS News. "He seemed pretty perplexed by it all, but mostly seemed happy to have his tiger back in his arms."

"This was the first time we've done anything like this," Nipps said. "To say the story has gone viral is an understatement."