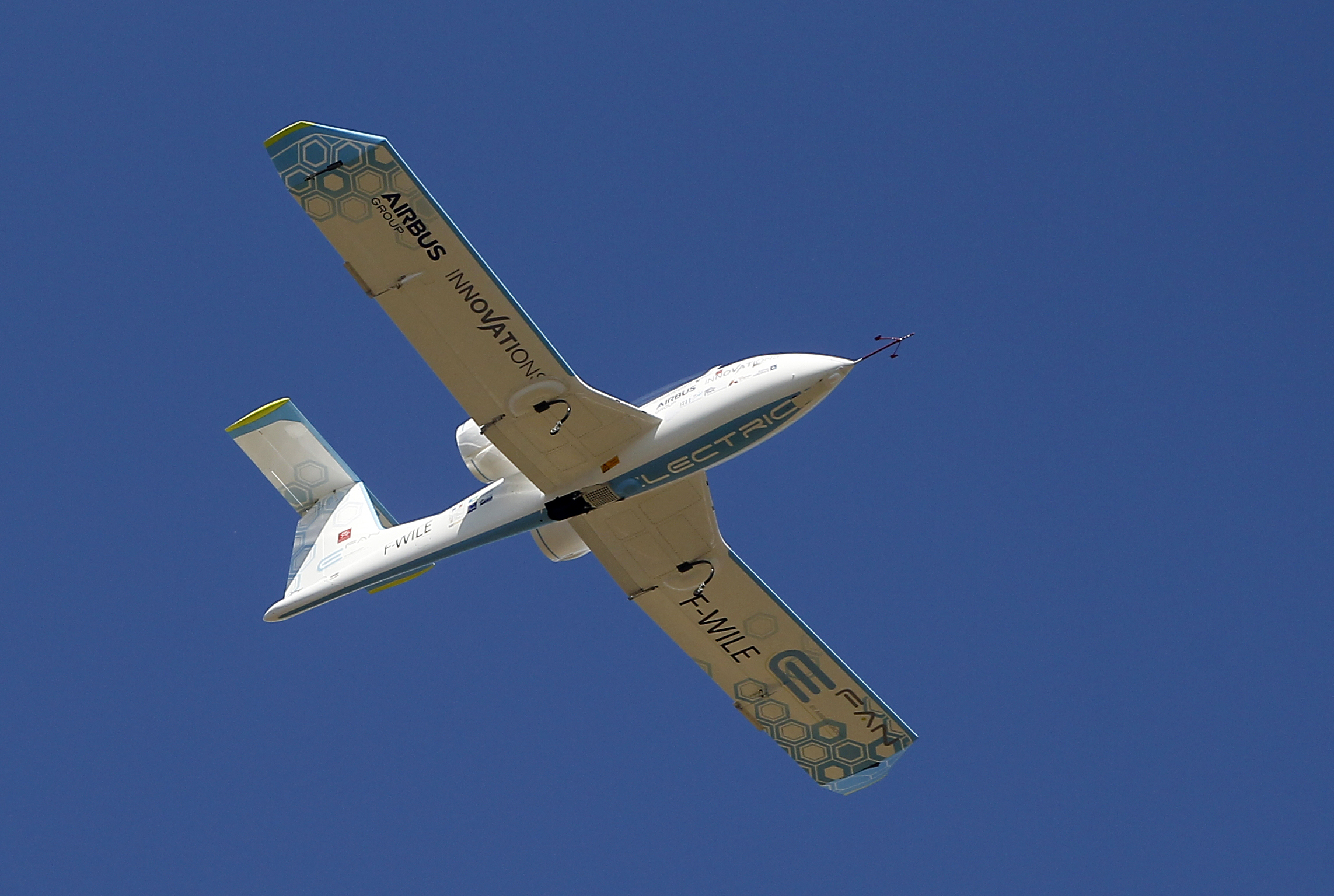 CALAIS, France -- With zero fanfare, an independent French pilot beat aeronautics giant Airbus by about 12 hours Friday in the race to fly the first electric plane across the English Channel -- a symbolically important step toward making battery-powered flight viable in the long term.

Several people and companies in different countries are developing electric planes in hopes of offering a fuel-free, noise-free, emissions-free flight alternative for the future. So the battle to perform world "firsts" in electric planes is heating up as the technology becomes more durable.

European planemaker Airbus flew its E-fan plane from Lydd, England, to the French port of Calais on Friday morning. The plane operates exclusively on batteries, and since there's no oil or water, the 20-foot long, 1,300-pound jet releases zero emissions.

Yet pilot Hugues Duval had also long dreamed of making that flight and knew that his two-engine, one-seat Cricri plane was ready to cross the Channel. So instead of letting Airbus grab all the glory Friday, he set out for a Calais airfield the day before.

"I was really motivated to go," he told The Associated Press on Friday, describing it as a family goal, to repeat a journey his father made across the Channel. "Our vocation (as pilots) is to take on challenges."

Because he lacked authorization to take off from Calais, a larger, fuel-driven plane towed his 220-pound Cricri for the start of the trip, he told The Associated Press. Then he separated from the helper plane and flew autonomously to Dover and then back to Calais, landing safely.

Duval said he reached a speed of 90 mph on his 31-mile journey.

When he approached the Calais airfield again, he said, "The fact that you are flying over land is reassuring."

"Then when you land well you are happy," Duval said, calling it an "important moment" after years of fine-tuning the plane and flying it over land.

Airbus officials gathered in Calais to celebrate the landing of the E-fan would not comment on Duval's trip.

"I don't have to talk about that.... We did something today, it is important for us," said the pilot of the Airbus flight, Didier Esteyne.

The E-fan took its maiden voyage in March 2014, and has taken off 100 times since its latest flight at the Paris Air Show last month. Airbus aims to put the two-seater on the market in 2017, targeting sales at training facilities for entry-level pilots.

"It's a great victory, but it's also a start. For us, it's an adventure that permits us" to imagine commercial flights on electric or hybrid planes, Esteyne said. "It's really the beginning of great innovations."

The choice of flight path was not coincidental: In 1909, French pilot Louis Bleriot was the first person to fly a plane across the English Channel.

For Airbus' flight Friday, security professionals were out in full force, with helicopters and rescue speed boats trailing the E-fan. Safety was of secondary priority for Bleriot - he was concentrated on winning $1,550 in prize money from the British Daily Mail newspaper by performing the feat first.

Electric flight is a nascent sector of the aviation industry, so safety regulations are still in development. Airbus and the French civil aviation authorities worked together to create a test flight program for the jets.

Many compared this week's flights to the feats achieved by Solar Impulse, the solar-operated plane that is traveling around the world in stages and just completed a 5-day journey from Japan to Hawaii.

While the E-fan only seats two for now, the aircraft manufacturer is aiming bigger down the line. Chief Technical Officer Jean Botti told The Associated Press at the Paris Air Show last month that "our objective here is to make a hybrid-electric 100-seater for the future," calling it an ambition that Airbus could realize in the next 15 years.

Slovenian company Pipistrel was also hoping to send its electric plane across the Channel this week. But engine-maker Siemens blocked the trip at the last minute, saying the motor didn't have authorization to fly over water, Pipistrel general manager Ivo Boscarol told The AP.

Boscarol said he felt his plane was ready for the journey and estimated about 10 other electric planes in development are also capable of making the flight. He hopes to continue working with Siemens to develop the plane.

He compared this week's flights to those of Bleriot 106 years ago.

"The Channel, in aviation, has a special place. It's kind of religious," Boscarol said.