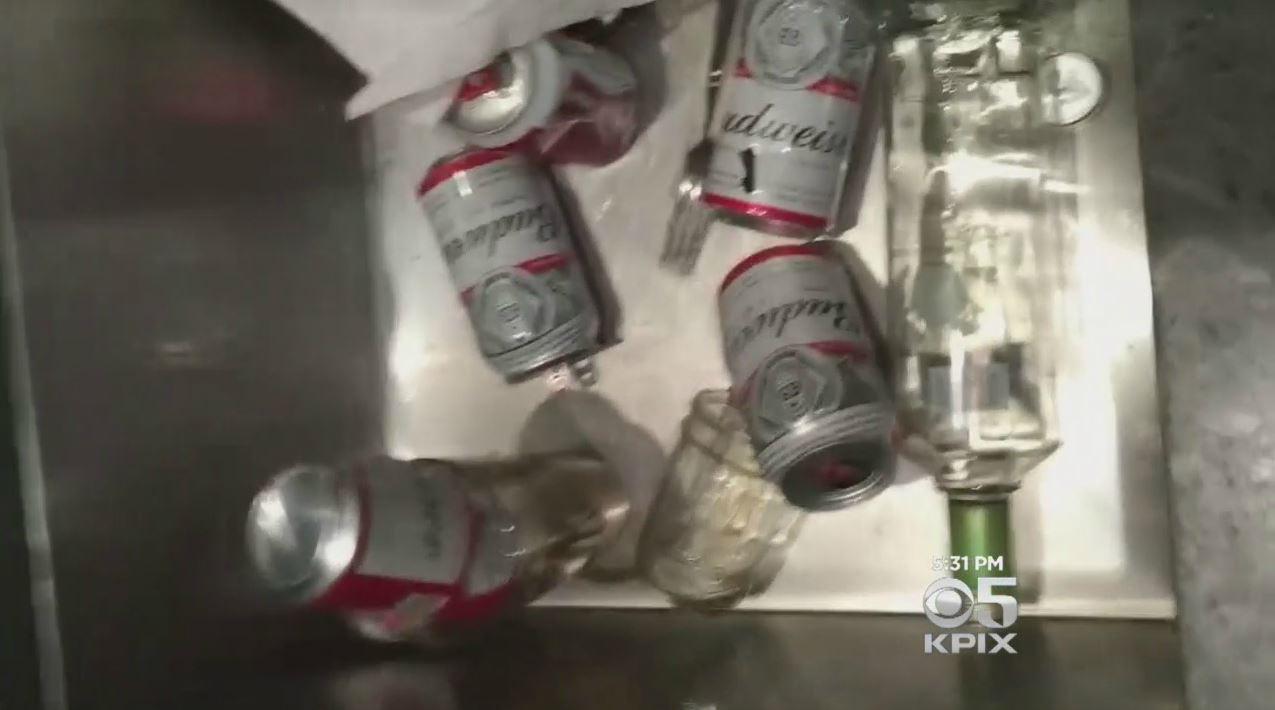 Oakland homeowners Reshma Vansanwala and Jim Santi-Owen were reportedly out of town when they got a heads-up from their next-door neighbor.

"Next door neighbor texts me and says, 'there are 40-50 youth here throwing a party, they've been shouting for over an hour and there's 4 or 5 police out here," Santi-Owen told the station.

When the two came home, they found spilled beer and cans, cigarette butts and the lingering smell of marijuana, according to CBS San Francisco. Their furniture had been moved outside on the porch.

There was even blood splattered on the wall, according to the station.

"My house was trashed," says Vansanwala.

According to the Mercury News, she thought she'd rented her home on Airbnb to an older man from Chicago for New Year's Eve. Instead, she told the newspaper, it turned out to be a teenager who threw a birthday party with more than 200 of his closest friends in Oakland's Grand Lake neighborhood.

"So, we were duped. He came here and they were looking to have a party. We found out later that it was his 18th birthday, so another big issue is that he was an underage user," Santi-Owen told KRON-TV.

Airbnb reportedly released a statement, saying "We have zero tolerance for this kind of behavior and our team is working quickly to make this right. We have banned this guest from Airbnb."

The couple claims that it took the company hours to connect them with the right people. Cleanup is currently underway and the couple says they will be pursuing charges against the renters.

The company reportedly said more than a million people used their website for their New Year's Eve celebrations, and problems like these are rare.

Airbnb covers guests up to $1 million for damage, reports CBS San Francisco. However, it isn't likely that the couple will be using the website again anytime soon.