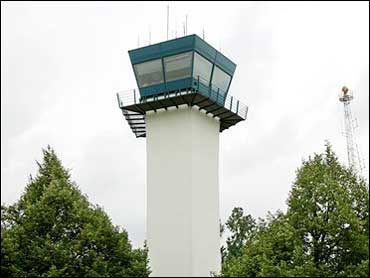 Air traffic controllers say they have to keep track of more airplanes with fewer people as the Federal Aviation Administration tries to control costs for operating air traffic control facilities.

The staff shortage has forced some controllers to handle double-duty — simultaneously directing airplanes on the ground and monitoring air traffic by radar, much like the solo air traffic controller in Lexington, Ky., last weekend when a commuter plane crashed trying to take off on the wrong runway.

While the FAA acknowledges short-staffing at Lexington Blue Grass Airport and a handful of other small airports, air traffic controllers say the problem extends to major airports around the country and is compromising safety.

"It isn't just about one-person midnight shifts and airports like LEX," said Ruth Marlin, executive vice president for the National Air Traffic Controllers Association. "The FAA is short-staffed at O'Hare, Atlanta and Dallas towers. If you don't have enough people, you either can't provide the service or can't maintain the safety margin."

"Overall, across the country, we do not have a shortage of air traffic controllers," Blakey said at a news conference Thursday in Louisville, Ky.

Blakey said a second controller working during the crash in Lexington might not have made a difference, since that controller likely would be working in the radar room.

Blakey has been under pressure from Congress to both cut costs and to hire more controllers. On Aug. 24, she reported to Congress that the FAA will hire 930 new controllers by October.

Meanwhile, two congressmen called for an investigation into the staffing at airport control towers.

Other costs will be cut so the agency can afford to hire more controllers, the report said.

Efficiencies will include cutting workers' compensation and overtime costs, reducing training time and matching the number of controllers at a facility to the amount of air traffic.

The Lexington controller, a 17-year veteran whose name has not been released, had worked from 6:30 a.m. to 2:30 p.m. on Saturday, then returned to work at 11:30 p.m. on the same day to begin an eight-hour overnight shift. Investigators said he'd had only two hours of sleep.

Early Sunday, he cleared Flight 5191 for takeoff, then turned away to do administrative work, National Transportation Safety Board member Debbie Hersman said. He didn't see the plane turn down a runway too short for it, try to take off and then crash in flames that killing 49 of the 50 people aboard.

Wayne Minnick, a former air traffic controller who runs a consulting business in Missouri, said it's common for controllers who have a quick shift turnaround to get little to no sleep.

Two years ago, Los Angeles International Airport's control tower was understaffed by about half the normal level when a tired air traffic controller was involved in the near-crash of two airliners, according to safety investigators.

The controller positioned a Southwest Airlines Boeing 737 on the same runway where an Asiana Airlines jumbo jet had been cleared to land. The Asiana pilot saw the Southwest jet and pulled up as alarms sounded in the control tower. The airplanes missed each other by 200 feet.

Dr. Charles Czeisler, professor of sleep medicine at Harvard Medical School, said the Lexington controller's sleep deprivation meant it was likely he suffered attention lapses and he took three times as long to react to things.

For the average person who's been on duty for 17 of the previous 24 hours and has had two hours of sleep, "the impairment is comparable to being legally drunk," Czeisler said.