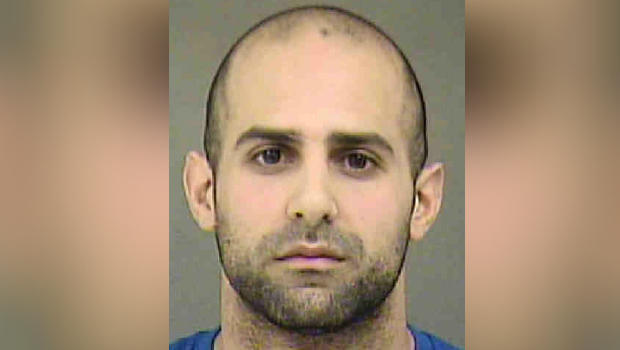 CHARLOTTE, N.C. -- Authorities say an air traffic controller at a North Carolina airport has been arrested on charges of possessing a weapon of mass destruction.

Charlotte-Mecklenburg police said Fells admitted to them that he made the bomb to "use it against a neighbor" with whom he had an ongoing dispute. Fells then changed his mind and gave the bomb Dandan, police said.

According to WBTV, the Federal Aviation Administration said that Dandan "only had access to the offsite Air Traffic Control Tower and had no access to the restricted areas of the terminal or ramp.  He did not have access to any aircraft at the airport."

The FAA also confirmed to WBTV that they had "terminated [Dandan's] access to the facility and is investigating."

Law enforcement sources confirmed that the FBI is involved in the investigation as well.

Dandan was taken to the Mecklenburg County Jail and placed under a $45,000 secured bond.