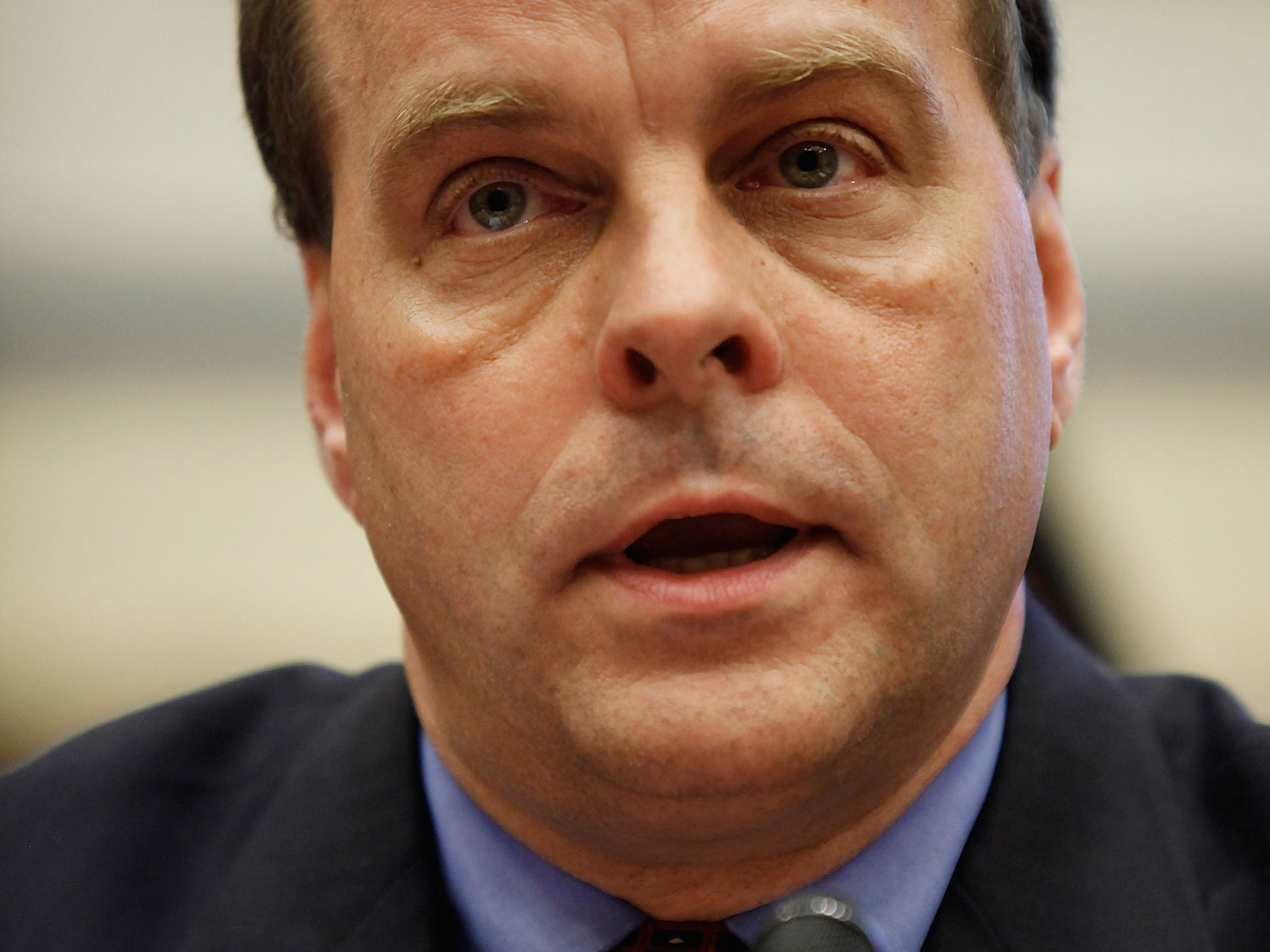 The U.S. overseer of air traffic controllers resigned Thursday in the wake of several embarrassing episodes involving controllers leaving their posts unmanned, some even sleeping on the jobs, forcing planes to land without assistance.

Federal Aviation Administration head Randy Babbitt said he accepted the resignation of Air Traffic Organization chief Hank Krakowski, calling him a "dedicated aviation professional," but citing "unprofessional conduct on the part of a few individuals that have rightly caused the traveling public to question our ability to ensure their safety."

"This conduct must stop immediately. I am committed to maintaining the highest level of public confidence and that begins with strong leadership," Babbitt said in a statement.

Babbitt announced that David Grizzle, the FAA's chief counsel, will assume the role of acting chief operating officer of the agency while the search for a permanent replacement goes forward.

Word of Krakowski's resignation came as FAA officials were to meet privately Thursday with members of the House Transportation and Infrastructure Committee, which oversees FAA's budget. Key members of Congress — including Senate Majority Leader Harry Reid, D-Nev., and Sen. Jay Rockefeller, D-W.Va. — have demanded FAA stop controllers from sleeping on the job.

The latest lapse occurred Wednesday, when an air traffic controller in Reno, Nev., fell asleep on the job while an air ambulance flight tried to land with an emergency patient. After failing to contact the control tower, the pilot landed on his own.

The Reno incident was the second case this week of a sleeping controller. A controller at Boeing Field-King County International in Seattle was suspended after he fell asleep during his morning shift on Monday, the FAA said. He was already facing disciplinary action for sleeping on two separate occasions during an early evening shift in January, the agency said.

The latest cases follow three previously disclosed incidents in which controllers have been suspended, including two episodes of controllers sleeping on duty.

At most airport towers, there's no bathroom in the room on top of the tower, known as the cab. With only one controller on duty, the position has to go unattended at times if the controller needs to use a bathroom. It's common for the nearest bathroom to be located down a flight of stairs.

Two controllers at the airport in Lubbock, Texas, were suspended for an incident early March 29, the agency said. A controller in Fort Worth had to try repeatedly to raise the Lubbock controllers in order to hand off control of an inbound aircraft. The controllers also failed to hand off a plane departing Lubbock to the Fort Worth radar center, FAA said.

Appearing on "The Early Show" Thursday, Transportation Secretary Ray LaHood labeled the mishaps as "outrageous" and said they would "not stand on my watch."

"We're not going to sit back and wait for somebody to tell us what to do. This is outrageous behavior. It's ridiculous. And that's the reason that I ordered two controllers in every tower so that people have the assurance that these towers are safe, and the controllers can guide planes in and out of airports," he said.

"These controllers need to be alert. They need to be awake. They need to be well-trained," he said. "This is a very bad situation, and we've stepped up, and I think taken action quickly, and we're going to continue to investigate these incidents until we get to the bottom of it."

One or two instances of sleeping in the tower might have been considered mistakes or "bad apple" employees. But seven recent cases is a dangerous pattern, and the FAA says it is taking immediate action, reports CBS News correspondent Wyatt Andrews. It has ordered an additional 27 controllers to work the midnight-8 a.m. shift, doubling up at airports where only one controller worked before.

Babbitt and Paul Rinaldi, the president of the National Air Traffic Controllers Association, the union that represents FAA's more than 15,000 controllers, will be visiting airports and radar facilities around the country next week "to reinforce the need for all air traffic personnel to adhere to the highest professional standards," FAA said in a statement.

The incidents come nearly five years after a fatal crash in Kentucky in which a controller was working alone. Investigators said the controller in Kentucky was most likely suffering from fatigue, although they placed responsibility for the crash that took 49 lives on the pilots.

LaHood stressed that flying is safe and that the new staffing addresses immediate concerns while officials do a thorough review of the situation -- including looking at training and shift timing.

"This is an outrageous situation that will not stand on my watch," he said. "We'll get to the bottom of it, and we'll get corrections."