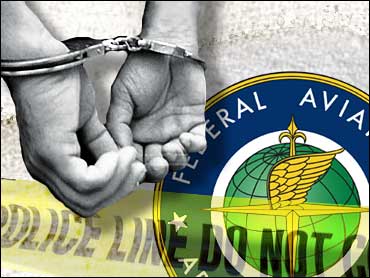 Shawn Ray Nguyen, 38, and Burlie L. Sholar III, 32, both of Houston, were arrested Thursday after an informant delivered 33 pounds of cocaine and $15,000 in "up front money" to Nguyen's Houston home, authorities said.

"We expect and demand that our law enforcement officials will themselves abide by the laws that they are sworn to uphold," said First Assistant U.S. Attorney Don DeGabrielle.

According to a criminal complaint, authorities began investigating Nguyen in November after receiving a tip that he was involved in selling drugs.

Authorities said Nguyen recruited Sholar and the two planned to smuggle 33 pounds of cocaine aboard a plane bound for Las Vegas in exchange for $67,500.

Both men face 10 years to life in prison and a $4 million fine if convicted of federal charges of conspiracy to possess with intent to distribute five kilograms or more of cocaine, KHOU reports.

The exact number of air marshals is classified but thousands were rushed into service after the Sept. 11, 2001, terrorist attacks.