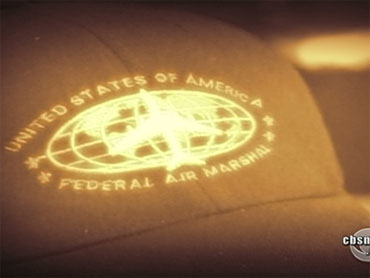 By Michael Grabell, of ProPublica, and Pia Malbran, CBS News

A U.S. air marshal is under investigation after police in India found ammunition and two handgun magazines hidden in the air conditioning duct of his New Delhi hotel room.

The discovery initially led the Delhi police to detain three Italian businessmen, one of whom had checked into the air marshals' room after he left town. The Italians were detained for several days late last month in what Indian newspapers described as a case of international smuggling. The men were released after authorities connected the equipment to the U.S. air marshal.

Air marshals, who work undercover, carry guns as part of their mission to protect U.S. airlines flying overseas, but are required to check in their weapons before entering a foreign country. When air marshals fly back to the United States, they pass through security like regular passengers and sometimes set off alarms with forgotten equipment.

The Transportation Security Administration "is investigating this incident and working with Indian government officials to ensure that the facts of this incident are thoroughly reviewed," air marshal spokesman Nelson Minerly said in a statement.

America's relationship with foreign airport security officials has drawn heightened attention since the attempted bombing of an airliner traveling from Amsterdam to Detroit on Christmas Day. Homeland Security Secretary Janet Napolitano has traveled to Nigeria, Japan, Mexico, Spain and the United Arab Emirates in recent months to shore up those international partnerships.

The Hindustan Times reported that the Delhi police issued a "look-out circular" for the three Italians on May 26 after a Radisson Hotel cleaning crew heard a rattling noise in an air conditioning duct and discovered 24 rounds of "military-grade" ammunition, two empty magazines and two pistol springs.

The Italian men, who work for a petrochemical company, were detained at airports in Mumbai and Pune and brought back to New Delhi for questioning.

Italian diplomatic officials told ProPublica that the men were never jailed and remained at their hotel as police investigated.

An assistant police commissioner in New Delhi would not comment about whether the air marshal could face criminal charges.

Minerly of the air marshal service said agents who violate security procedures are subject to "the full range of disciplinary measures up to and including removal."

Days before the Christmas incident, director Robert Bray, who is now the second highest ranking official at TSA, wrote a memo to the rank and file about international missions.

"Misconduct and non-compliance with divestiture procedures may be viewed by host country officials as collective disregard for the laws of that country," Bray wrote. "This perception could lead to criminal and regulatory actions against individual FAMs. Ultimately, perceived patterns of careless conduct will adversely impact our ability to maximize our international deployments."

ProPublica reported in 2008 that dozens of air marshals have been charged with crimes ranging from smuggling drugs past airport security to aiding a human trafficking ring to solicitation to commit murder.

In January, CBS News and ProPublica reported widespread allegations of discrimination and retaliation in air marshal field offices. In one incident that is still under investigation, Orlando air marshals complained that supervisors created a "Jeopardy"-style came board with derogatory nicknames for African-Americans, Hispanics, homosexuals and veterans as a way to mete out discipline and undesirable assignments.