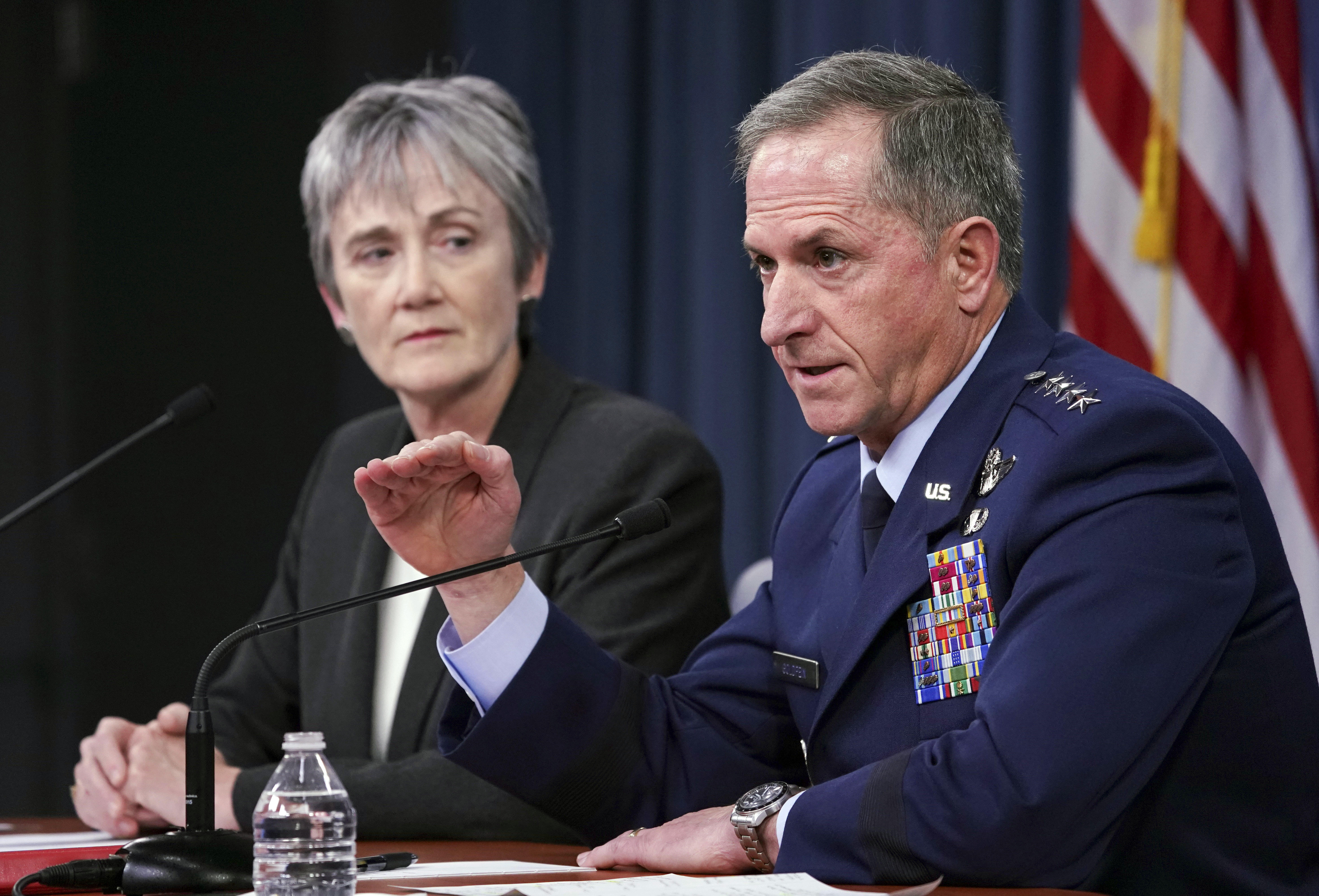 "The offenses for which the shooter in Texas was court martialed should have been reported and that's why we launched a full-scale review of this case and all others like it," Wilson said Thursday afternoon during a Pentagon news conference discussing the current state and future goals of the Air Force.

The shooting on Sunday at the First Baptist Church in Sutherland Springs, Texas left 26 people dead and wounded an additional 20.

Although Kelley, 26, received a bad conduct discharge from the Air Force, he was still able to purchase at least two guns after passing background checks. The discharge should have prevented him from being able to purchase the weapons.

On Monday, just one day following the shooting, the Air Force revealed that its Office of Special Investigations did not report Kelley's name to the National Criminal Information Center after he pleaded guilty to two counts of domestic violence in 2013.

"Our approach here is to act in accordance with our values, which include integrity and excellence," Wilson said, calling the shooting "heartbreaking."

According to Wilson, the Air Force has interviewed about 100 individuals involved in the case.

The Air Force has also begun examining two of its databases -- an electronic version which houses data dating back to 2002 and an additional hard copy that goes back to 1996. Wilson described the process as "very labor intensive," but explained that the investigation is looking broadly to prioritize "flags and issues" that are identified within the databases.

"Our responsibility is to look at what happened here, and why," she said.

Air Force Chief of Staff Gen. David Goldfein backed Wilson's information and mourned those killed, adding that 12 of the 26 victims in the shooting have connections to the Air Force.

Goldfein will travel to San Antonio next week and said that the Air Force is extending resources to the victims' families.

The Air Force officials said that a draft report on the case may be expected "sometime next week."

Omicron: What we know - and don't know - about the new COVID variant
Blair Guild