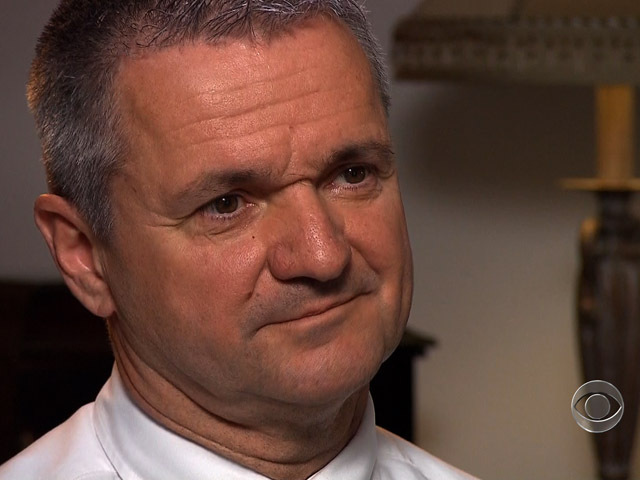 (CBS News) MAGNOLIA, Del. - On Friday, the military released documents that explain how incinerated partial remains of 9/11 victims went into a landfill. Some officers from the Dover Air Force Base mortuary wanted a burial at sea overseen by a chaplain, but instead the remains were declared medical waste.

The Dover mortuary has also been accused of mishandling the remains of fallen troops. One man tried to stop it, but he paid a price. CBS News national security correspondent David Martin has his story.

It is a grim and solemn sight: flag-draped caskets coming home from Iraq and Afghanistan.

But unseen is an even grimmer fact: Many of the bodies inside those caskets have been blown to pieces.

As chief mortician at Dover Air Force Base in Delaware, Bill Zwicharowski prepared those remains for return to their families.

"It's a hard job," he said. "In addition to the stress -- the daily stress -- we're in a zero-defect mission and we can't make a mistake."

But there was a mistake in April 2009: The mortuary lost part of a soldier's ankle. The commander, Col. Robert Edmondson, ordered an investigation.

"I explained what I thought was wrong," said Zwicharowski, "and then I asked the question, 'Are you going to notify the family? And if not, why not?', and I think that was a question that really hit a nerve."

Zwicharowski hit another nerve when he called for an outside investigation of the way the mortuary was run. From then on, he was branded a troublemaker.

A report by the Office of Special Counsel, a federal agency created to protect whistleblowers, detailed an escalating campaign of retaliation against Zwicharowski.

Caroline Lerner heads the office. "He was the target of a series of personnel actions all the way up to termination," she said.

After a gunman at Fort Hood killed 13 people in November 2009, Zwicharowski volunteered to come in on his day-off and help with the remains as they arrived at Dover.

"I was confronted and told to go home," he recalled.

Lerner said it was a public humiliation. "It was clear they were trying to send a message to the other employees at the mortuary that this is what happens to people who come forward."

Then Zwicharowsk was told he would no longer be working in the mortuary. He was assigned to a desk.

"How long did that last?" Martin asked.

"A few months, until I was placed on administrative leave," said Zwicharowski.

No reason was given. But until further notice, he was not to come to work, a fact he was too ashamed to admit to his teen-aged children. "I got up every morning and got dressed like I was going to work," he said.

"How long did that go on for?" asked Martin.

Finally, Edmondson tried to fire Zwicharowski. However, an Air Force attorney looked at the evidence and "...deemed it entirely insufficient to support a termination," and said ...they are out to get this guy for some reason."

As a result, Edmondson is now the target of an investigation, and the troublemaker is back in his old job as chief mortician.

"What's the moral of this story?" Martin asked Zwicharowski.

"Integrity is never popular up front, but long term it lasts forever," he said.

A hard lesson for a man who wanted to do right by the ones to whom we owe the most.