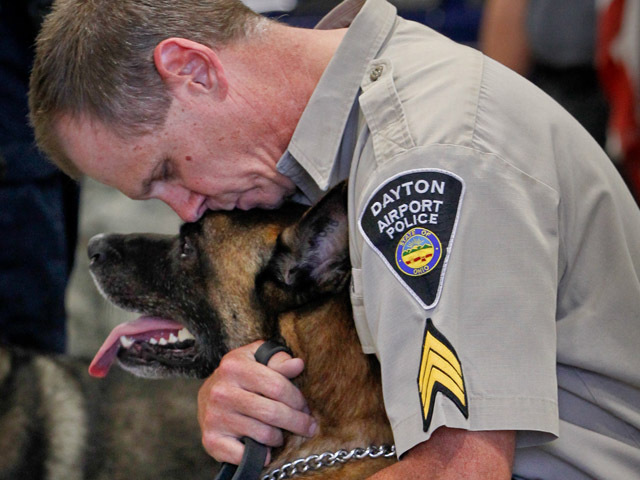 (AP) DAYTON, Ohio - A memorial service in southwest Ohio honored an Air Force dog that died earlier this month after a military career, which included serving in the Iraq War and helping federal authorities with more than 500 arrests.

The service with military honors was held for Nisan (NEE'-sun) at Wright-Patterson Air Force Base, where the 10-year-old German Shepherd had been assigned since 2003.

Nisan worked with the U.S. Customs and Border Patrol agencies and was credited with helping track down about 20 pounds of narcotics.

The memorial service included a procession by a Patriot Guard motorcycle escort, a 21-gun salute and the playing of "Taps"