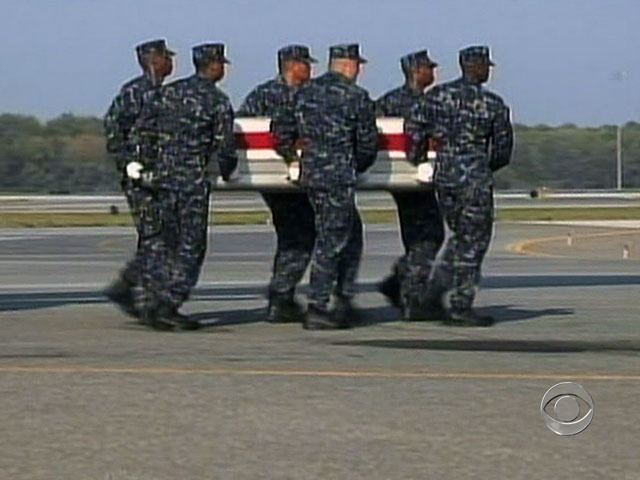 On Tuesday, the Air Force saidthat the morgue that cares for the remains of the war dead had lost body parts. This raises serious questions about how those remains of fallen American troops have been handled once they returned home. CBS News correspondent David Martin reports on the matter.

There was "gross mismanagement" in the solemn, gut-wrenching return of the fallen from Iraq and Afghanistan, according to a letter to President Obama from the Office of Special Counsel, which investigates whistleblower complaints.

"We found a pattern of misconduct," said Carolyn Lerner, who heads the office. "They knew about these problems about two-and-a half years ago and only recently took action to correct them."

The grisly fact is that many of the remains arrive at Dover Air Force Base in Delaware in pieces. The investigation found two cases in which body parts of a soldier and an Air Force pilot were either lost or misplaced.

In another case, an arm bone was sawed off in order to fit a marine killed by a roadside bomb into his dress uniform for burial.

"This was difficult work," said Air Force Chief of Staff Norton Schwartz, "and while their performance did not meet standards, this was not a deliberate act."

But he acknowledged the families weren't told until this past weekend.

"We asked them more than once why they wouldn't go to the families and let them know what had happened," said Lener. "Their response was very clear. They couldn't be trusted... they might go to the press."

Col. Robert Edmondson, the commander of the mortuary at the time, received a career-ending letter of reprimand, and two civilians were demoted and transferred to other jobs.

"Those responsible have been treated with kid gloves," said Lerner. "They haven't been fired. In fact a job was created for one of them in order to keep him employed."

Lerner also said the Air Force tried to fire two of the whistleblowers. They have since been given their jobs back.