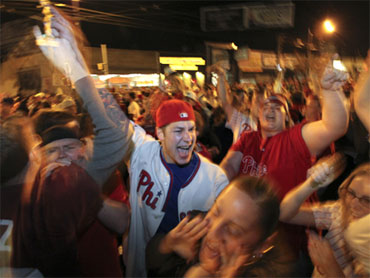 When five female Air Force Academy cadets reported that they had been raped by classmates, they sought some support from the military.

Instead, they were treated as if they were either crazy or promiscuous, says a former Air Force captain and founder of a group that tracks sexual assaults in the military.

The women say they were reprimanded for reporting the attack, and four have left the academy. Now, the military has ordered a review of how the academy handles sexual assault allegations.

"They have attempted to talk about it or find some assistance within the system. Instead they have systematically been told to shut up by other cadets or the system itself," said Dorothy Mackey, a former Air Force captain who says she resigned her commission in 1992 after two other officers harassed her.

Her lawsuit against the men was ultimately rejected by the U.S. Supreme Court.

The Air Force Academy allegations have led Sens. Wayne Allard, R-Colo., and John Warner, R-Va., to ask the Pentagon for an investigation.

On Friday, the office of Air Force Secretary James Roche announced that a special review panel had been formed to review sexual assault policies in the military branch, "with a particular emphasis on the Air Force Academy."

The academy commandant, Brig. Gen. Taco Gilbert, defended the school's conduct in a written response to questions about one alleged assault in October 2001, in which a cadet said she was raped after a night of drinking and a strip poker game.

After a hearing the academy decided not to press charges against her attacker, and the cadet said Gilbert criticized her conduct.

"I take all reports seriously. I investigate every allegation and take action on every assault," Gilbert said.

He said there was "no justification" for the alleged assault, but added, "when you put yourself in situations with increased risk, you have to take increased precautions to mitigate those risks.

"For example, if I walk down a dark alley with hundred-dollar bills hanging out of my pockets, it doesn't justify my being attacked or robbed, but I certainly increased the risk by doing what I did."

Another woman told KMGH-TV of Denver she left the academy after commanders responded to her rape allegation by charging her with violating rules against drinking, fraternization with upperclassmen and having sex in the dormitories.

An academy amnesty program, set up to encourage the reporting of sexual assaults, promises that in general, an assault victim who violates lesser rules will not be punished.

Rape allegations at the academy in 1993 led then-superintendent Lt. Gen. Brad Hosmer to meet with female cadets and promise action. He created the Academy's Center for Character Development to promote ethical conduct.

A 24-hour rape hot line was set up in 1996. Since then, there have been 99 calls reporting some form of sexual assault, from inappropriate touching to rape. Twenty reports of sexual assaults of cadets on or off campus have been investigated since 1996. Two cadets have been convicted for off-campus sex offenses.

The academy also requires freshmen to take a course called "Street Smarts" to learn how to protect themselves in all kinds of potentially dangerous situations, including personal relationships.

"Are you the one girl going to Denver for an overnight in a hotel with five guys? Probably not a good idea. We talk a lot about those risk situations and about making smart decisions," said Maj. Kelly Phillips-Henry, the psychologist in charge of providing assistance to sexual assault victims at the academy.
By Robert Weller