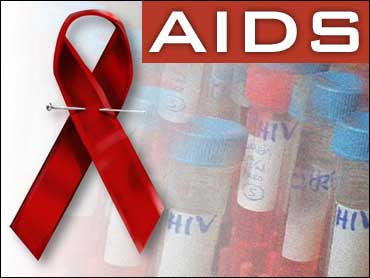 Tens of thousands of AIDS activists and health workers rallied worldwide on Monday to mark World AIDS Day and officials announced new initiatives and millions of dollars in new funding to combat the disease that has infected 40 million people, and kills more than 8,000 sufferers everyday.

"People living with HIV are entitled to a future," said UNAIDS director Peter Piot in a statement.

The World Health Organization and UNAIDS promised cheaper drugs, simpler treatment regimens and more money as part of a major campaign launched Monday in Nairobi to provide 3 million HIV-infected people with the latest drugs available by the end of 2005, an effort that will cost $5.5 billion.

WHO also certified a new, innovative generic drug for use in treating HIV. The tablet combines three essential anti-retroviral drugs into one pill that is taken twice a day.

The pills are manufactured by two India-based generic drug makers and cost patients only $270 a year. But any export to countries that recognize patents held by major drug manufacturers is a violation of trade rules. In order to legally import the drugs, countries must suspend the rights of the patent holders.

More than 40 million people are infected with HIV and 3 million have died in 2003, according to UNAIDS. WHO estimates more than 5 million HIV patients need anti-retroviral drugs, but fewer than 400,000 currently have access to them.

Anti-retroviral drugs allow HIV patients to live a relatively normal life by preventing them from developing full-blown AIDS. While the drugs improve patients' health, they remain infected and can transmit the disease.

WHO and UNAIDS promised to promote international agreements to streamline treatment programs.

"In two short decades, HIV/AIDS has become the premier disease of mass destruction," Dr. Jack Chow, the assistant director-general of WHO, said. "The death odometer is spinning at 8,000 lives a day and accelerating."

Medecins sans Frontieres, an aid agency which has led efforts to simplify HIV treatment, welcomed the WHO announcement, but said funding will be critical to the initiative's success.

"The treatment has to be free, if the treatment is not free they will not meet their goals," Dr. Morten Rostrup, president of group's international council, said.

Around the world Monday:

Thousands of activists joined marches and a large rally in downtown Nairobi, Kenya to show support for people infected with HIV and to demand access to essential drugs. President Mwai Kibaki warned: "This disease could lead to the collapse of some economies in the next few generations."

In Zambia, Health and Human Services Secretary Tommy Thompson appealed for a redoubling of efforts against HIV, saying Africa — the world's hardest-hit continent — cannot fight the pandemic alone. "This war has caused more casualties than any other war," Thompson said.

Former South African President Nelson Mandela urged the world to fight the stigma associated with HIV, saying it was stopping people from going for testing and treatment. "Many will die because of feeling less than human," he said.

In Beijing, health workers hit the streets teaching prevention. The China Daily newspaper said 840,000 people in China were HIV-positive and 80,000 had developed AIDS.

The British government said it will double its funding to UNAIDS next year to $10.2 million.

Botswana's President Festus Mogae said people must take responsibility for utilizing the free anti-retroviral therapy, HIV testing and the prevention of mother to child transmission services that are available.

In Liberia, a nation struggling to emerge from 14 years of war, U.S. Ambassador John Blaney called peace the main prerequisite for starting to combat AIDS.

In war-divided Ivory Coast, health workers in the rebel-held stronghold of Bouake pledged to go to rebel military camps to educate insurgents on the spread of AIDS.

Russia's top AIDS expert accused the government of not doing enough to prevent the spread of the disease. Over 257,000 HIV cases have been registered, but Vadim Pokrovsky, head of the Health Ministry's AIDS Prevention and Treatment Center, estimated that the actual infection rate was much higher — from 700,000 to 1.5 million.

In Phnom Penh, the capital of Cambodia, which has the highest rate of HIV infection in Southeast Asia, some 1,000 people wearing white caps and T-shirts adorned with educational AIDS slogans participated in a rally held in the city center.

Thailand, whose unabashed promotion of condom use for safe sex helped turn the tide in the battle against AIDS, has drawn the line at putting condom vending machines in universities.

In the Philippines, health officials warned that Filipinos returning from working abroad should have themselves tested for HIV/AIDS to try to curb the spread of the disease in the country.