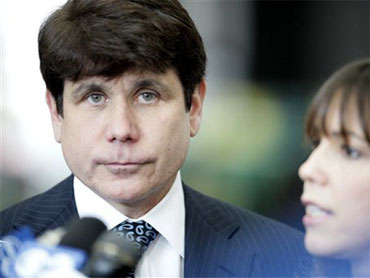 A former top aide to Rod Blagojevich testified Monday that the former governor planned to hold up a $2 million grant to a school in U.S. Rep. Rahm Emanuel's district until the congressman's Hollywood-agent brother held a fundraiser.

Former Illinois Deputy Gov. Bradley Tusk said at Blagojevich's corruption trial that he ignored the governor's directive to deliver the message to Emanuel. Tusk says he thought the plan was "both illegal and unethical."

Tusk said he started hearing from Emanuel and his staff in 2006 about the need to quickly get the grant to build a sports field, and that he told them the governor's office would try to deal with it. Tusk said when he talked to Blagojevich about the grant, the governor said he wouldn't release the money until Emanuel's brother held the fundraiser.

"Bills started to pile up and we didn't have the money yet," Donald Feinstein, who helped oversee the school, testified earlier. "People wanted to get paid and we weren't able to pay them."

In cross-examining Tusk, Blagojevich's attorney appeared to suggest that whatever remarks Blagojevich made to Tusk about threatening Emanuel were merely heat-of-the-moment comments — something Tusk agreed earlier the governor was prone to.

There was nothing in the indictment of Blagojevich to suggest that Emanuel — now President Barack Obama's chief of staff — was actually threatened.

If convicted, Blagojevich could face up to $6 million in fines and a sentence of 415 years in prison, although he is certain to get much less under federal guidelines.

His brother, Nashville, Tenn., businessman Robert Blagojevich, 54, has pleaded not guilty to taking part in the alleged scheme to sell the Senate seat and to plotting to illegally pressure a racetrack owner for a $100,000 campaign contribution.

The racetrack owner, John Johnston, testified earlier Monday that he was angry after being pressured to make the contribution — by a lobbyist who was supposed to be working for him — in exchange for the governor's signature on a bill that would help the horse-racing industry.

Johnston said he felt uncomfortable talking about fundraising with members of the governor's inner circle and often tried to change the subject when they brought it up.

Johnston quoted Monk as saying in late 2008: "I spoke to the governor and he's concerned that if he signs the racing legislation, you might not be forthcoming with a contribution."

Johnston testified that he was angry. But he testified, "I would imagine, if I made a contribution, they'd cash the check and he'd sign the bill."