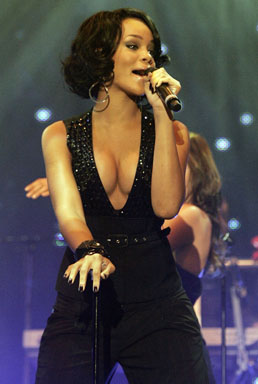 To while away long days in Taliban jails and weeks without contact with the outside world, aid workers prayed, sang and even killed flies, Heather Mercer said Friday, a day after departing Afghanistan in a dramatic end to a three-month ordeal.

The thunder of U.S. bombs on the Afghan capital, Kabul, on Oct. 7 broke their boredom, she said Friday at a news conference in Islamabad.

"Our building was shaking, our prison was shaking, all we could do was sit in the hallway and pray with all our hearts that the building wouldn't be damaged in any way," Mercer said.

Weeks later, after a cold, sleepless night in a steel shipping container, the 24-year-old, Tennessee native Dayna Curry and their six colleagues from the aid group Shelter Now International found themselves in a new prison south of Kabul on Tuesday, with rockets crashing down on the contested town.

Men banged on the prison doors. The eight, held in five separate prisons for more than three months, believed their Taliban captors were returning, and their fate seemed increasingly uncertain amid chaos closing in on them.

To their surprise, an anti-Taliban soldier "came in with reams of ammunition around his neck. He was shouting, 'you're free, you're free,'" Mercer said. Later, U.S. special forces troops swooped down in a nighttime pickup from the Afghan city of Ghazni in what she called "a Hollywood rescue."

Looking rested after a day with relatives in Islamabad, Mercer and Curry — both graduates of Baylor University in Waco, Texas — recounted their ordeal, which began with their arrest Aug. 3 on charges of attempting to convert Muslim Afghans to Christianity.

Mercer and Curry, 30, were upbeat, sustained by their Christian faith, the support of their families and efforts by the U.S. government. They described playing cards, hand-washing their clothes and exercising to pass the tedium of captivity. They even had kind words for their Taliban captors.

"Considering the circumstances, the Taliban always treated us well," Mercer said. "There were Taliban who treated us as sisters."

The Sept. 11 terror attacks in the United States and the ensuing war in Afghanistan complicated their case and may have delayed their release, the two said.

Taliban Supreme Court judges had indefinitely postponed the aid workers' trial, saying they feared their anger over U.S. airstrikes could hamper their ability to make a fair ruling.

Curry said that before their arrest, the workers for Shelter Now, a German-based aid group, traveled freely in Kabul and regularly held talks with Afghans, who would discuss Islam and ask the foreigners about Christianity.

Of the Taliban accusations, "Eighty percent of the charges against us were false," Curry said.

She acknowledged that at the request of one Afghan family she had come to know, Curry made photocopies from a book about Jesus, and also showed the family a "Jesus film," actions that apparently caught the notice of the Taliban rligious police.

In addition to the two Americans, four Germans, two Australians and 16 Afghans were arrested. The Afghans were also freed Tuesday, when the Taliban pulled out of the capital, abandoning the jail.

The Taliban interrogated the aid workers for 22 hours over the first three days of their captivity, the Americans said. Conditions were harsh, but the Taliban never mistreated them, they said.

The Taliban allowed, and even encouraged them to pray and sing, asking only that they be quiet during the Muslim prayer times.

However, Afghan prisoners were routinely abused, they said.

"We saw some pretty atrocious things," Mercer said. "Women were being beaten until they bled. Women were being arrested because they ran away from their husbands who beat them."

As the Taliban fled the Afghan capital early Tuesday, the eight thought they were about to be freed. Instead, the Taliban put them in the steel container and began driving them to Ghazni, about 75 miles south of Kabul.

"I was in the fetal position all night" trying to stay warm, Curry said.

On Tuesday morning, the six women and two men were removed and placed in the jail in Ghazni, winning their freedom two hours later when the anti-Taliban forces stormed the town.

"All of a sudden we looked out the window and saw all of the Taliban running out of the city, fleeing," Mercer said. "We thought that was the Taliban coming back and this was the end of the road. All of a sudden an opposition soldier comes in with reams of ammunition around his neck and he just started screaming, `you're free you're free."'

The commander took the aid workers to his home and contacted the International Committee of the Red Cross, which passed word to U.S. officials.

While the eight were waiting to be picked up by the helicopters, the women burned their head coverings, providing a beacon that helped the aircraft locate them in the pre-dawn darkness Thursday.

Arriving at a Pakistani air base just outside Islamabad, Curry hugged her mother Nancy Cassell of Thomspon's Station, Tenn., while Mercer raced to embrace her father John Mercer.

"The first thing we did was get our hair done, because it was a mess," Curry said. They went to a party at the German Embassy on Thursday night, and had a 10-minute phone call from President Bush.

They plan to leave Pakistan on Sunday and return to the United States after spending some time in Europe. Both women said they remain deeply attached to Afghanistan.

"We pray that the world continues to keep its eye on Afghanistan," Mercer said.