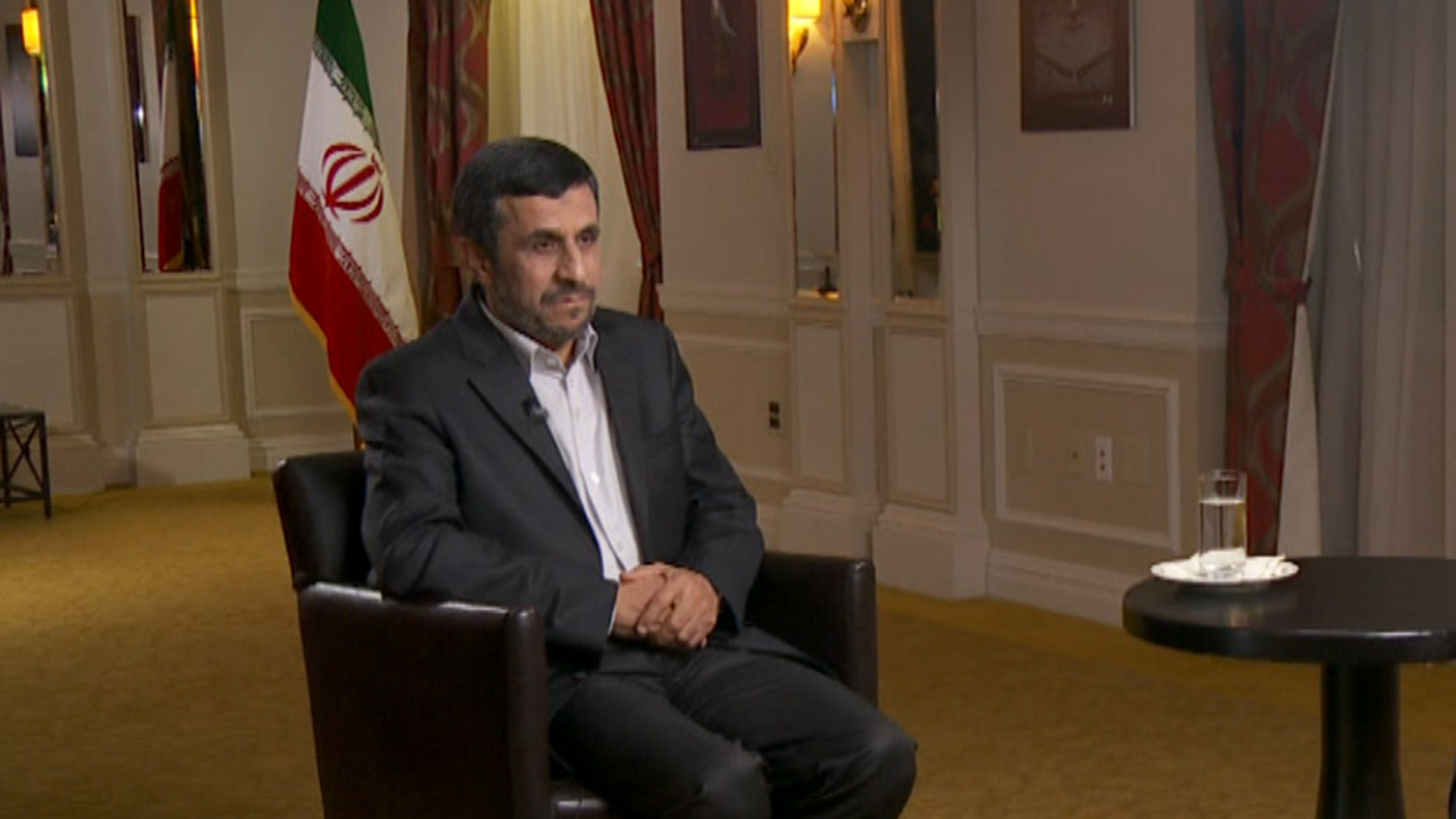 (CBS News) U.N. Secretary General Ban Ki-moon pleaded with world leaders this week, calling on them to work together to end the increasingly bloody 18-month conflict in Syria. In his address at the U.N. on Tuesday, President Obama called Syria's President Assad, "a dictator who massacres his own people."

In an interview that aired Wednesday on "CBS This Morning," co-hosts Charlie Rose and Norah O'Donnell spoke with Iranian President Mahmoud Ahmadinejad and addressed international speculation that Iran is supplying arms to the Assad regime.

"I think that the government of Syria doesn't have any problems procuring arms and they don't need us for that," Ahmadinejad initially said.

When pressed on the issue, he continued to sidestep the question, saying "They have closer associates that can supply them with every kind of weapon." Eventually he answered a firm "no" to the question of whether there are "weapons going from Iran to Syria for the government to kill their own people."

Soon after however, he added "We have a very vast and long standing relationship with Syria ... anyone that is killed there is our friend ... Anyone can accuse anyone on the international scene especially in Syria ... this will not solve the problem."

When reminded about the recent public admission by Major Gen. Mohammad Ali Jafari, of Iran's Islamic Revolutionary Guard, that Iranian forces are training 50,000 soldiers for Adda's government, Ahmadinejad said "This has been official denied. 50,000 -- I don't think 50,000 forces would even fit in Syria."

Instead, he said that Iran supports both the Assad regime and the opposition. "Certainly both parties are our friends. They are both people Syria. We love both parties."

Turning to the current state of affairs between the U.S. and Iran and the leadership within both countries, Ahmadinejad stopped short of endorsing Romney or Obama but said:

"I have said I don't want to talk about something that would effect the U.S. elections but I can state my own desires. I think that the current situation between Iran and the U.S. is to both parties' disadvantage. There is certainly much room for improvement. Why should the U.S. government be in conflict with us? This is a serious question."

In terms of his own willingness to meet the U.S. halfway on certain issues, Ahmadinejad said, "You personally know that I have taken some big steps and I'm not going to repeat them ... But I think that many good things can be done. One of them is this nuclear issue. Iran's nuclear issue has gotten tiresome. We should put this to rest. It would help a lot."

Referring to the recent turmoil across the Middle East and the U.S. wars in Iraq and Afghanistan, the Iranian president said, "Now there is lack of security in the region and it's against everyone's interests ... We should cooperate to alleviate this lack of security. This is all doable. Right now in the Persian Gulf there are more than 100 warships in a small Gulf. Why are they there?"

Charlie Rose answered his question, saying "In part because you threaten the Straight of Hormuz," to which Ahmadinejad responded defensively.