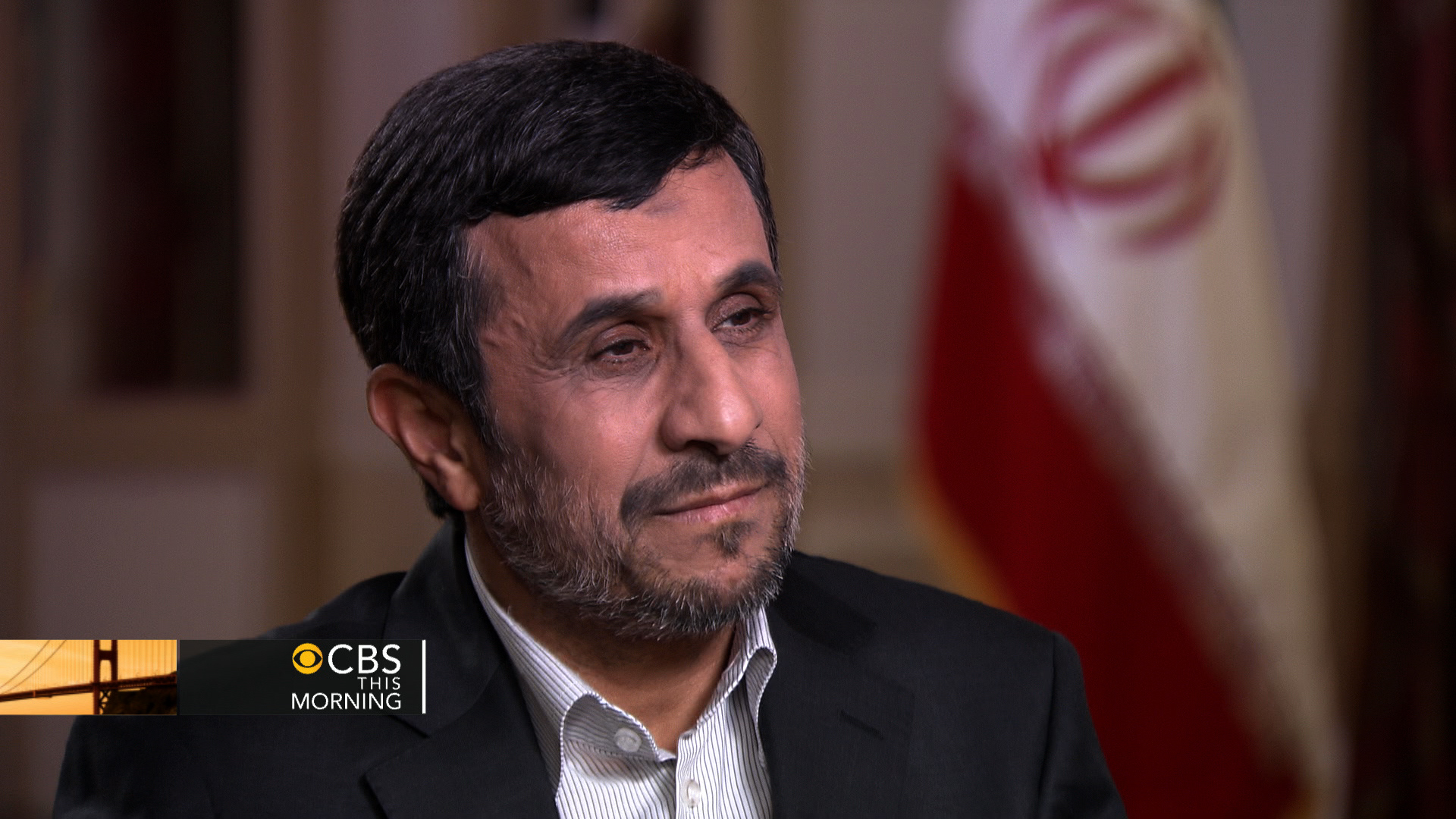 (CBS News) On Wednesday, Iranian President Mahmoud Ahmadinejad is set to address the U.N. General Assembly, in what will likely be his last speech to the international assembly before his presidential term ends next year.

"CBS This Morning" co-hosts Norah O'Donnell and Charlie Rose spoke with the Iranian leader about his history of controversial rhetoric, particularly toward Israel, as concerns about Iran's nuclear ambitions continue to stoke fears of an Israeli military action.

"After all ... what does that mean? Can one country, based on just their own sole opinion, decide and eastablish a red line for another country and then threaten attacks? When have we threatened to attack the Zionists? We have never threatened them," said Ahmadinejad, before being quickly challenged about previously saying Israel should be "wiped off" the map.

"We say do away with these things. And we have also suggested the solution. We have said the solution is that the Palestinian people should decide in a free election for their own country, their own land," Ahmadinejad said.

Ahmadinejad's speech at the U.N. is highly anticipated, as a follow-up to what was a highly inflammatory speech last year. Last year, he referenced "slave masters and colonial powers" of the West and what he called the "mysterious September 11 incident."

Still, he denied the controversial nature of last year's speech, asking O'Donnell and Rose, "Who did I inflame? Is it not a forum for everyone to speak freely? To speak sincerely? Every year the United States of America's president comes there and speak ill of Iran ... and I sit there ... are we outraged? Are we inflamed? ... Many times I sit here in the United Nations and I listen. They're not even willing to sit in there, under the same roof, and listen."