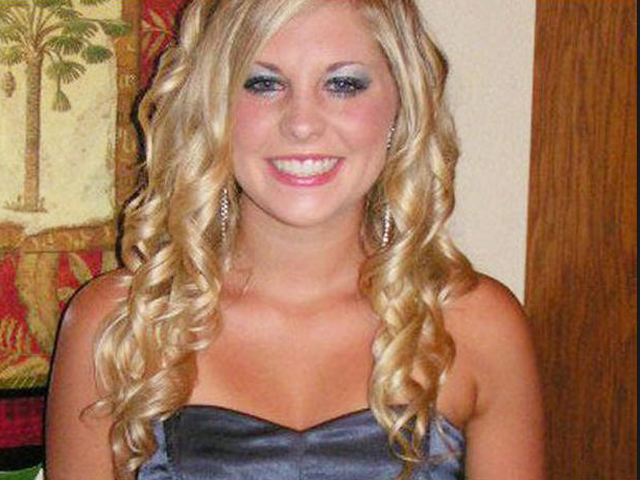 SAVANNAH, Tenn. - The Tennessee Bureau of Investigation made a mistake in failing to pursue leads on four men in the frantic days after nursing student Holly Bobo disappeared from her home, a special agent said Friday.

Brent Booth testified in the trial of Zachary Adams in Savannah, Tennessee. Adams has pleaded not guilty to kidnapping, raping and killing Bobo. She was 20 when she disappeared from her family's home in Parsons on April 13, 2011.

Bobo's remains were found 3 ½ years later in woods not far from her family's home in Decatur County, about 100 miles southwest of Nashville. Adams faces the death penalty if convicted of first-degree murder.

Bobo's disappearance led to a massive search. The bureau has said it was the most exhaustive and expensive investigation it has ever conducted.

Two other men — Jason Autry and Adams' brother John Dylan Adams — also are charged with kidnapping, raping and killing Bobo. Autry testified Thursday that Adams told him that he, his brother, and their friend Shayne Austin raped Bobo. Autry is on a list of witnesses who could receive immunity in the case, and he said he testified because he wanted leniency.

Autry said he met Adams at Austin's trailer on the day Bobo was reported missing. He also said he served as a lookout as Adams killed Bobo near a river.

Booth was among the first law enforcement officers to arrive at the home and he helped search the area.

Booth said a piece of paper with Holly Bobo's name on it was found about 75 feet from Austin's trailer two days after she disappeared. Bobo's underwear, her school papers and other items belonging to her also were found near Austin's trailer and his grandmother's home.

Pings from Bobo's cellphone indicated it had been near Yellow Springs Road, which is where Austin lived, Booth said. And the bureau had received tips from the public about the potential involvement of all four men.

Booth said the TBI was overwhelmed by information in the days after Bobo went missing, and the main priority was finding her alive.

The agency has no records of interviewing the four men in the early stages of the investigation, their alibis were not checked, and reports related to the four men were not thoroughly read, Booth said.

"The left hand didn't know what the right hand was doing," Booth said. "We didn't realize what was there."

Prosecutor Paul Hagerman asked Booth if the agency had made a mistake.

"Yes sir, it was a mistake," Booth said.

Autry and the Adams brothers were not charged until 2014. A trial has not been set for John Dylan Adams.

Austin had reached an immunity agreement protecting him from any charges related to the disposal of Bobo's body. The agreement was dependent on Bobo's body being recovered from the place where Austin said it was buried. The deal was rescinded after prosecutors said he was not truthful.

Austin was found dead in a Florida hotel room in what police said was an apparent suicide in February 2015.