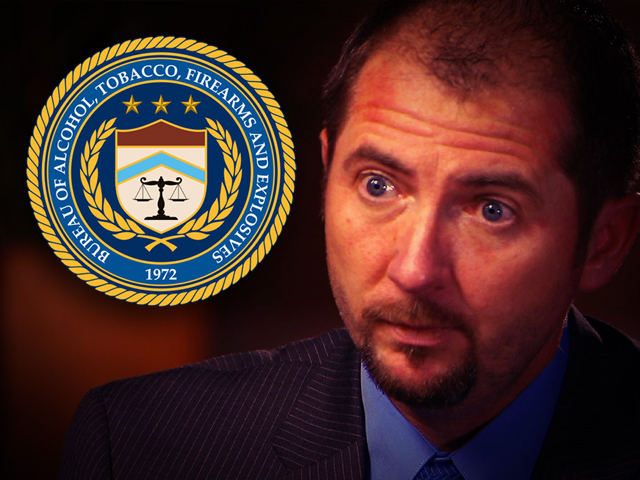 WASHINGTON - Federal agent John Dodson says what he was asked to do was beyond belief.

He was intentionally letting guns go to Mexico?

An Alcohol, Tobacco and Firearms senior agent assigned to the Phoenix office in 2010, Dodson's job is to stop gun trafficking across the border. Instead, he says he was ordered to sit by and watch it happen.

Investigators call the tactic letting guns "walk." In this case, walking into the hands of criminals who would use them in Mexico and the United States.

Agent Dodson and other sources say the gun walking strategy was approved all the way up to the Justice Department. The idea was to see where the guns ended up, build a big case and take down a cartel. And it was all kept secret from Mexico.

Surveillance video obtained by CBS News shows suspected drug cartel suppliers carrying boxes of weapons to their cars at a Phoenix gun shop. The long boxes shown in the video being loaded in were AK-47-type assault rifles.

So it turns out ATF not only allowed it - they videotaped it.

Documents show the inevitable result: The guns that ATF let go began showing up at crime scenes in Mexico. And as ATF stood by watching thousands of weapons hit the streets... the Fast and Furious group supervisor noted the escalating Mexican violence.

Dodson feels that ATF was partly to blame for the escalating violence in Mexico and on the border. "I even asked them if they could see the correlation between the two," he said. "The more our guys buy, the more violence we're having down there."

Senior agents including Dodson told CBS News they confronted their supervisors over and over.

Their answer, according to Dodson, was, "If you're going to make an omelette, you've got to break some eggs."

There was so much opposition to the gun walking, that an ATF supervisor issued an e-mail noting a "schism" among the agents. "Whether you care or not people of rank and authority at HQ are paying close attention to this case...we are doing what they envisioned.... If you don't think this is fun you're in the wrong line of work... Maybe the Maricopa County jail is hiring detention officers and you can get $30,000 ... to serve lunch to inmates..."

"We just knew it wasn't going to end well. There's just no way it could," Dodson said.

On Dec. 14, 2010, Border Patrol Agent Brian Terry was gunned down. Dodson got the bad news from a colleague.

According to Dodson, "They said, 'Did you hear about the border patrol agent?' And I said, 'Yeah.' And they said 'Well it was one of the Fast and Furious guns.' There's not really much you can say after that."

Two assault rifles ATF had let go nearly a year before were found at Terry's murder.

Dodson said, "I felt guilty. I mean it's crushing. I don't know how to explain it."

Sen. Grassley began investigating after his office spoke to Dodson and a dozen other ATF sources -- all telling the same story.

The response was "practically zilch," Grassley said. "From the standpoint that documents we want - we have not gotten them. I think it's a case of stonewalling."

Dodson said he hopes that speaking out helps Terry's family. They haven't been told much of anything about his murder - or where the bullet came from.

Dodson said they never did take down a drug cartels. However, he said thousands of Fast and Furious weapons are still out there and will be claiming victims on both sides of the border for years to come.

Late tonight, the ATF said it will convene a panel to look into its national firearms trafficking strategy. But it refused to comment specifically on Sharyl's report.

"The Bureau of Alcohol, Tobacco, Firearms and Explosives (ATF) will ask a multi-disciplinary panel of law enforcement professionals to review the bureau's current firearms trafficking strategies employed by field division managers and special agents. This review will enable ATF to maximize its effectiveness when undertaking complex firearms trafficking investigations and prosecutions. It will support the goals of ATF to stem the illegal flow of firearms to Mexico and combat firearms trafficking in the United States."