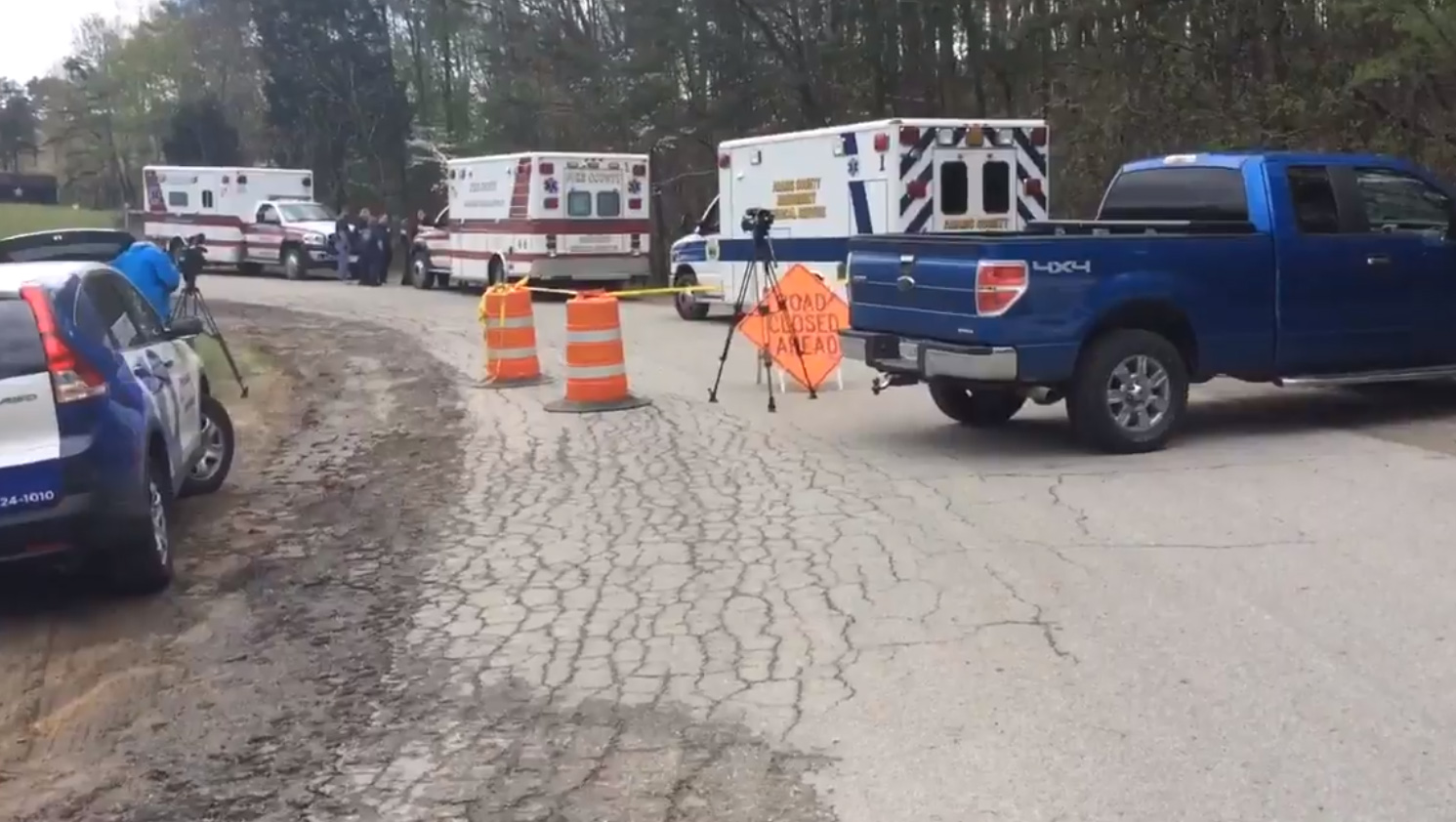 All of the victims had been shot in the head in execution-style killings, some while in their beds, according to Ohio attorney general Mike DeWine. None of them had committed suicide, according to DeWine, and authorities cautioned that there may be a shooter or shooters on the loose who should be considered armed and "extremely dangerous."

All of the victims were adults except for one 16-year-old boy, according to Pike County sheriff Charles Reader and DeWine.

"I think what makes this particularly grisly is the fact that you have these children involved who were obviously there when the executions took place," DeWine said.

The shootings had apparently happened in the overnight hours, DeWine said. The four-day-old infant, he said, was nearby as the mother, one of the victims, was fatally shot in her bed, he said.

Reader identified the deceased as members of the Rhoden family. He said that authorities were first alerted to the shootings just before 8 a.m. when Pike County dispatchers received a 911 call reporting two men were possibly dead at a home at 4077 Union Hill Road in Peebles. As officers responded, they were flagged down and alerted to two more crime scenes also on Union Hill Road - 4199 and 3122, Reader said. Authorities said two of the homes were in short walking distance, and the third was about a mile away.

Seven people were found slain in the three homes. Reader said he contacted the attorney general's office and asked the state Bureau of Criminal Investigation to lead the investigation because of the multiple crime scenes.

Later in the day, authorities received another 911 call alerting them to another possibly deceased man at a home about ten miles away from the three crime scenes, authorities said. There, they discovered an eighth victim, also a member of the Rhoden family, dead from a gunshot wound to the head.

Reader said investigators are still working to identify the victims and notify next of kin.

DeWine emphasized that authorities are still very early in the investigation, but urged the community to exercise caution.

"The individual or individuals who committed this crime are obviously very dangerous - we believe they are still at large and we do not know their location," DeWine said. "We would advise the people of Pike County not to panic, but certainly to be careful."

Authorities would not say whether they've recovered a weapon.

Thousands flooded social media expressing shock over the shootings and condolences to the family. Ohio governor John Kasich, currently campaigning for the Republican presidential nomination, said in a tweet that the shootings were "tragic beyond comprehension."

A dozen Bureau of Criminal Investigation agents were called Friday morning to Pike County, an economically struggling area in the Appalachian region some 80 miles east of Cincinnati. The FBI in Cincinnati also said it was closely monitoring the situation and has offered assistance to the Pike County sheriff's office if needed.

Peebles High School imposed a precautionary lockout Friday morning after authorities notified the superintendent of shootings that had occurred a few miles away, according to Regina Bennington, secretary to the superintendent for the Adams County Ohio Valley Schools district. High school officials said the school was back to normal operations later Friday morning.

Goldie Hilderbran, 65, said she lives about a mile from where she has been told the shootings took place. "I first heard about it this morning from our mail carrier," Hilderbran said.

Hilderbran said the mail carrier told her deputies had stopped her from delivering mail in the area they had blocked off.

"She just told me she knew something really bad has happened," Hilderbran said.