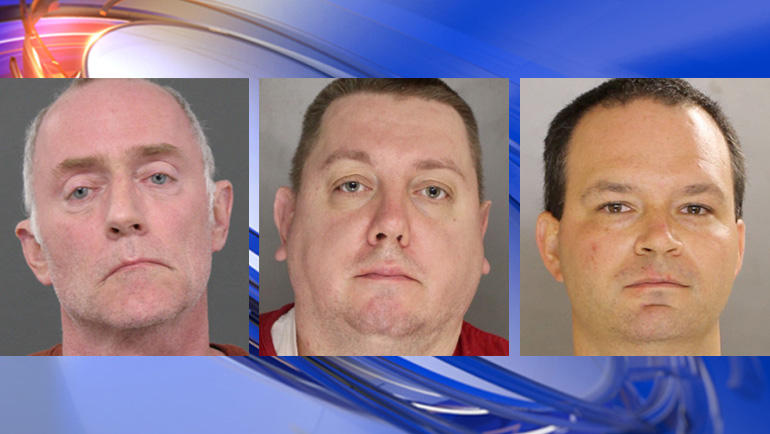 HARRISBURG, Pa. -- Pennsylvania’s top prosecutor said Thursday that investigators have received a significant number of tips related to the case of a boy allegedly raped by several men, including one who would dress in a fox costume before attacking him.

He said the calls have come in to a tip line announced over the weekend, as authorities disclosed that five people had been charged in the investigation.

“We’ve seen a significant spike in the number of tips that this office received and we are evaluating those tips,” Shapiro said, declining to elaborate.

Shapiro said last month that for the last seven years, at least four men sexually abused a young boy at sex parties where the men would dress up like different animals. Court records indicate the boy, now 15, had to dress as “Tony the Tiger” at fetish parties in the Philadelphia suburbs where some of the attacks occurred.

“This child victim was repeatedly abused by a group of criminals who cared only about their gratification, they cared nothing about this young boy,” he said. “This is a horrendous case.”

Three men are accused of child rape. A fourth is accused of trying to have sex with minors through online contact. Details about the fifth arrest, a Virginia man, were not immediately available.

Authorities said the case began with the arrest of Jeffrey A. Harvey, 40, of West Wyoming, Pennsylvania, last summer on charges he tried to have sex with someone online that he thought was a 13-year-old boy. The online person was an investigator with Shapiro’s office.

Harvey subsequently gave detectives cellphone texts he exchanged with David R. Parker, 38, of Saylorsburg, in which Harvey expressed his desire to have sex with Parker and the boy victim, police said. Parker was arrested the next day.

Harvey’s lawyer, John Notarianni, said Thursday that Harvey remains jailed and is “denying all allegations, at this point.” Harvey is not charged with any crime related to the child victim.

The boy told investigators Parker molested him on multiple occasions in Schuylkill County before he was age 13 and, according to a search warrant affidavit, “would take him to homes or apartments where ... other adults would touch (him) in a sexual way.” Police said Parker said he sexually fondled the boy when he was 1 to 3 years old.

Parker’s lawyer did not return a phone message seeking comment.

The boy told investigators in October that Craig Michael Knox, 35, of Henrico, Virginia, had molested him at a home in Pittston.

Knox told investigators that Parker encouraged him to “have at it” with the boy, and that Knox sexually abused the child in an upstairs bedroom, after which Parker also forced the child to perform a sexual act, police said.

“Knox stated that during this time the victim appeared embarrassed and looked at the floor as he did what he was instructed to do,” police wrote.

On Jan. 20, the boy told an investigator that Parker, himself a “furry,” took him in 2009 to the Quakertown home of Kenneth C. Fenske, 57, who on several occasions would remove his fox costume before raping him, police said.

Fenske was charged Friday with child rape and related offenses. He did not have a lawyer listed in court records, and he did not return messages left on his home and cellular phones.

The victim is now is in foster care and has been receiving therapy.