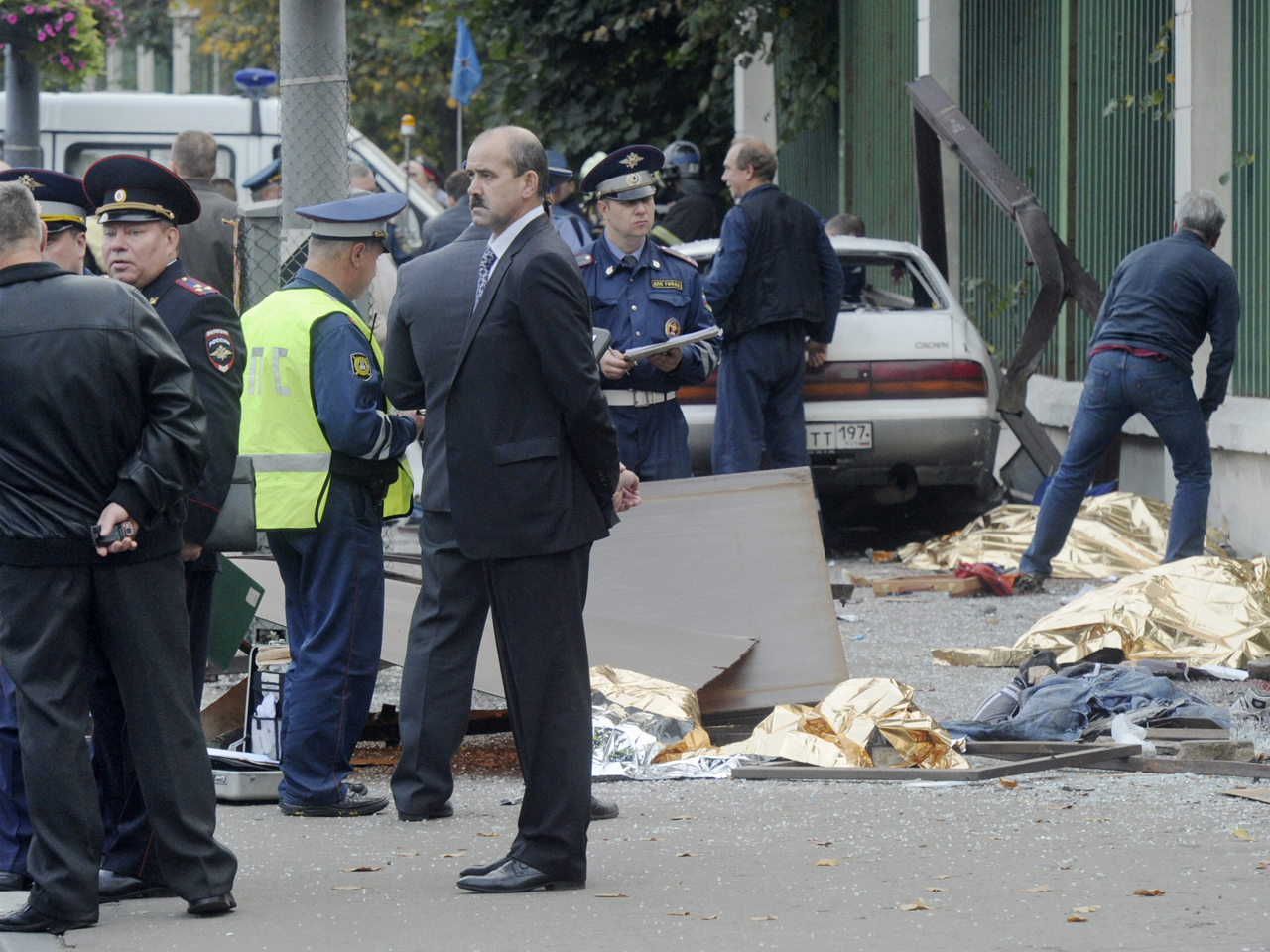 (AP) MOSCOW - It took a weekend road tragedy to jolt Russia into action over one of its most deadly threats: a chronic culture of drunken driving.

Five orphaned teens were waiting for a bus with their guardians in Moscow on Saturday when a car careened into them, killing all seven. Grief turned to outrage when it emerged that the driver was heavily drunk and had a string of traffic violations on his record — including a DUI arrest two years ago.

Prime Minister Dmitry Medvedev and lawmakers have reacted with proposals to stiffen penalties on drunken drivers, and parliament debated the measures on Tuesday. But with bribery so commonplace and road laws rarely enforced, many wonder whether even the toughest response can change a deep-set culture of reckless driving.

After the crash, police video shows, Alexander Maximov stumbled out of his Toyota sedan, which he had been driving at 200 kilometers (125 miles per hour), bloodied and barely able to stand. He appeared in court Monday with his head wounds dressed, but still wearing the blood-speckled sweatshirt from the day of the accident.

The punishment for killing while drunken driving in Russia is stiff: The 30-year-old Maximov faces up to nine years in prison. But lawmakers are currently debating whether to make jail sentences even harsher, matching laws in the West.

"This criminal, he's a killer in fact, when speaking to investigators just said: `I always do what I want,"' Putin said. "There are some things for which people just must be punished."

Many Russians are furious that Maximov, who already had a DUI penalty on his license from 2010, was allowed back onto the roads in the first place. Drunken driving is punishable here by suspension of the driver's license for up to two years. In much of the West, by comparison, drunken driving is punished with jail time, heavy fines and re-education courses.

It isn't only irresponsible drinking that makes Russia's roads dangerous.

Russia's cities are struggling with fast-growing traffic density, which spurs drivers into pulling crazy stunts to get home as early as possible, such as jumping lights, squeezing through every gap in traffic and opportunistic trailing of racing ambulances. According to a 2007 survey, the number of cars on Moscow's roads had increased threefold since the early 1990s, while road capacity has increased by only 30 percent.

Each year, approximately 30,000 Russians die in road accidents — about the same as in the European Union, which has three times as many people and about six times as many cars as Russia. According to official statistics, only about 1,000 of those deaths are attributable to death by drunken drivers, but given the laxity of police enforcement and investigation, many in Russia doubt those figures.

Medvedev, who championed a no-tolerance policy in 2010 against drivers with even the slightest amount of alcohol in their blood, spoke out in favor of tougher penalties.

"Most of (our accidents) are committed by drivers who are completely drunk, and in this regard our country is in a worse state than any other," Medvedev said Monday, adding that it was necessary to think about "toughening the legal responsibility for such a crime."

In the wake of Saturday's tragedy, Moscow police have scrambled to show they are doing their bit, announcing that they had arrested over 130 drunken drivers on Sunday alone, according to Interfax news agency.

Over the past few days, lawmakers from the pro-Kremlin United Russia party have come forward with various proposals to tackle drunken driving. One plan suggested a fine of up to 100,000 rubles ($3,200), while another more drastic bill calls for life imprisonment for anyone convicted of killing someone while under the influence.

Pervasive bribery, and its acceptance among much of the population, will make implementing any such measures an uphill struggle, however.

According to a Levada Center poll in 2010, only 10 percent of those questioned said they thought negatively of people who gave bribes, whereas the majority considered it "necessary" in dealing with public officials.

The same survey showed that Russians pay the greatest amount of bribes for medical treatment. Paying off traffic police came in at a close second.

"Of course it's important to propose new laws, they need to be stricter," said Natalya Agre, president of Road Safety Russia. "You can increase the fine to $2,000, but once again, who is going to keep track of whether that fine is given, and who is going to pay it?"

Agre's company has run a sleek social advertising campaign against drunken driving, and has begun attracting attention from big talent. A feature-length film by the company titled "There's No Hurry" was made with the help of some of the country's best directors and actors.

More important than police enforcement may be fundamental change to the car culture in Russia, where drivers are notoriously aggressive and fast.

"The driving culture in our country plays a key role," said Agre.