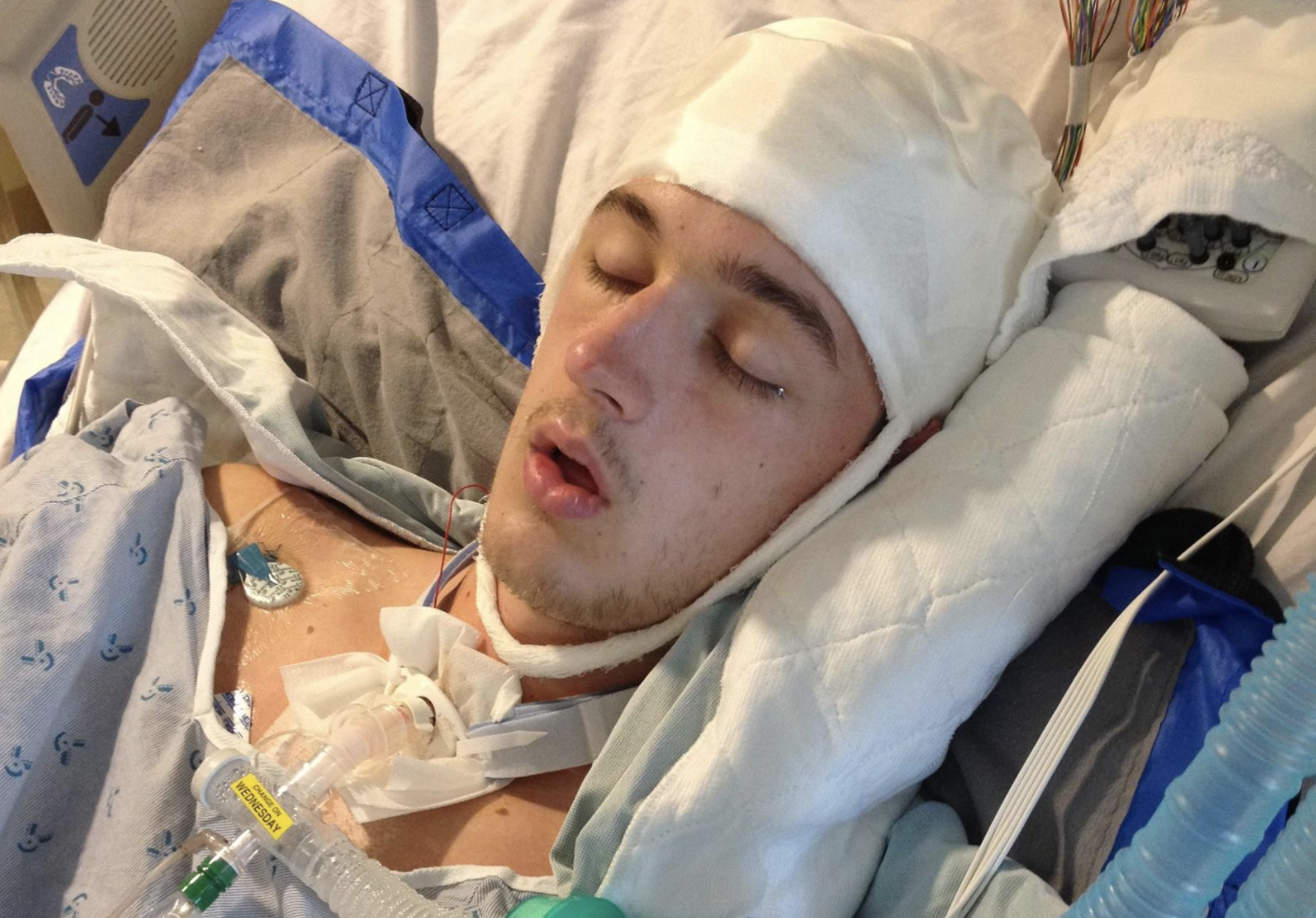 At the age of 20, Clark Jacobs had to fight to learn how to walk and talk again.

He was seriously injured after he fell from a 7-foot-high loft bed at his Georgia Tech fraternity in January 2015. He fractured his skull, developed a brain bleed, suffered a stroke and was in coma for nearly 3 months.

It was an accident his mother believes could have been prevented.

"His fraternity was brand new. Every single bed in the house was lofted with living space underneath," Mariellen Jacobs, Clark's mom, told CBS News. "The beds were quite high off ground. I remember saying, 'Shouldn't we put something on there?' My son laughed, 'I'm not going to roll off.' No one thinks that."

But that's exactly what happened.

While sitting by Clark's bedside as he lay in a coma, Mariellen started researching school policies. She shared Clark's story on social media, hoping other students wouldn't suffer from the same mistake.

"There's a stigma associated with a rail on a bed. You think, I haven't had that since I was 4 years old," Mariellen said. "Well, it's not a childish thing. One single roll, one time and you're out of that bed."

As Clark began physical therapy at the Shepherd Center in Atlanta, Mariellen started the non-profit Rail Against the Danger. She had one mission in mind: to see rails on every loft bed on campus, starting with dorm rooms.

"I'd like for that to be the default," Mariellen said. "That's the safest way."

She spoke to the Board of Regents of the University System of Georgia. She passed out flyers and pamphlets, explaining the risk of sleeping in a bed without rails.

Clark returned to school after missing four semesters, and he joined his mom on her journey.

"He's an amazing guy. He's back at Tech studying mechanical engineering, fighting crippling fatigue all the time, but he keeps going," Mariellen said. "He's a fierce advocate for safety."

This summer, Mariellen and Clark opened a booth at Georgia Tech's freshman orientations to talk to parents and students about bunk bed safety.

When students scoffed at the thought of rolling off the bed, the 6-foot-5 junior pointed to a picture of himself in the hospital and said, "It happened to me."

"'I had no idea' — that's the first thing out of everybody's mouth," Mariellen said. "Nobody knows about it."

For the first time this semester, the University System of Georgia required campuses statewide to offer bed safety rails for students for free.

So many Georgia Tech students requested bed rails at the beginning of the school year, the school had to order 500 more, Mariellen said.

"They're really getting on the bandwagon more," Mariellen said. "It's very gratifying both us to see something so good come out of something so difficult."

But she plans to continue fighting until schools put rails on every bed.

"It's dangerous. You fall, you may risk limb or possible life. You might die — my son very nearly did," Mariellen said. "We're on our way to making change, but there's still a long way to go."