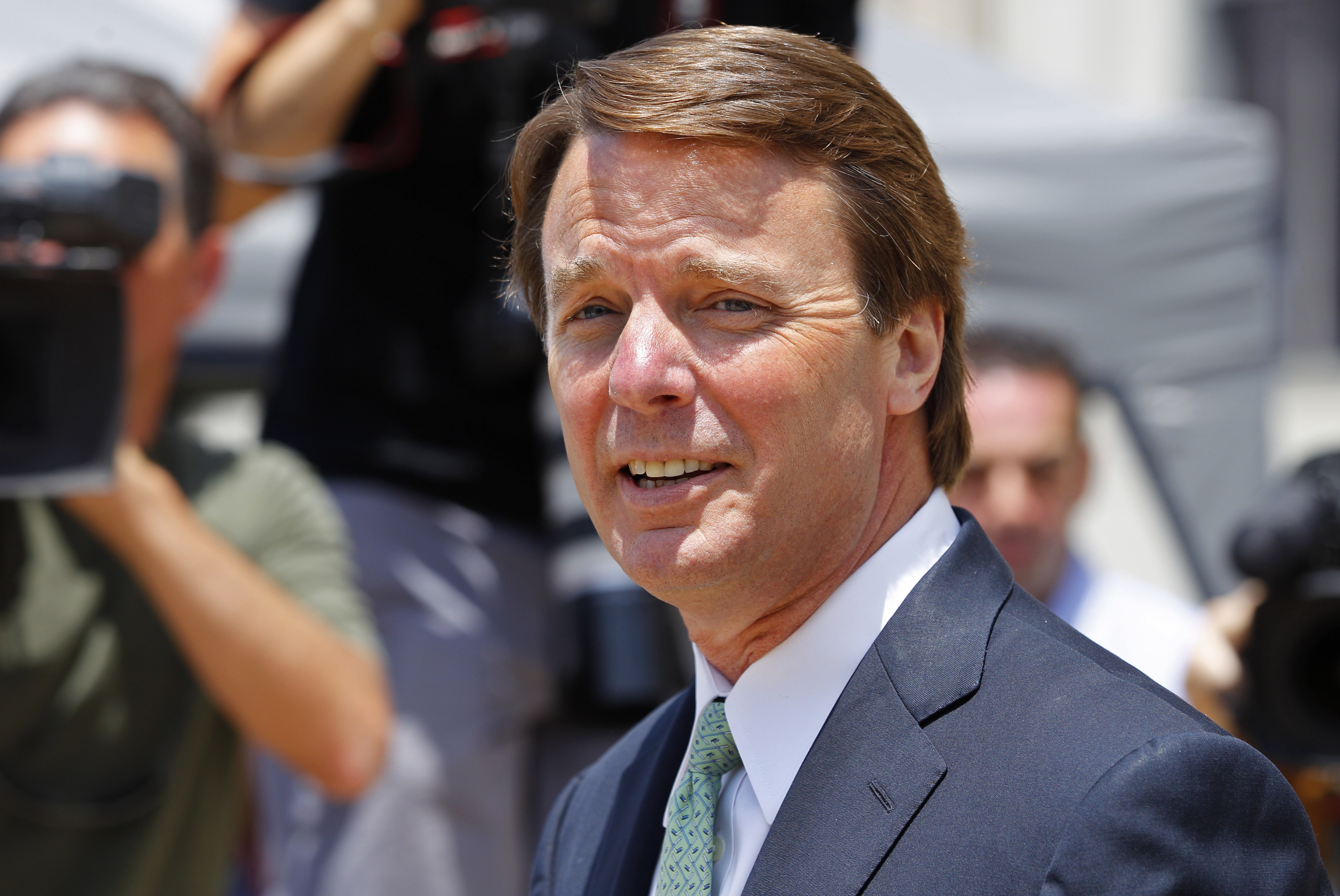 (CBS News) Marking the latest bizarre turn in a case that has been riddled with unusual twists, jurors in the John Edwards trial announced Thursday they had reached a verdict on only one of six campaign finance corruption charges against Edwards. But instead of hearing the verdict, the judge sent the jurors back to continue deliberations on the other five counts.

"I was obviously under the impression you had reached a verdict on all six counts," U.S. District Judge Catherine C. Eagles told the jurors, according to the Associated Press.

After nine days of deliberations, the jury said it had reached a unanimous vote on count three, which charges that Edwards had accepted and received illegal campaign contributions in 2008 from Rachel "Bunny" Mellon.

But it did not seem to have reached a verdict on count two, which charged that Edwards had accepted and received illegal campaign contributions in from Mellon in 2007, nor any of the other charges.

Stanley Goldman, a law professor at Loyola Law School in Los Angeles, says it's not necessarily unusual for a jury to come back with a unanimous verdict only one of many counts after such a long period of deliberation, but that at this point in such a situation, "the general presumption is that they're going to be unable to reach a decision -- that they're hung" on the other five counts.

But according to Politico, the jury earlier on Thursday sent Eagles a note that said: "We have finished our deliberations and arrived at our decision on counts one through six." What the jury meant by that is unclear, given that it was unanimous on only count three.

Richard Hasen, a law professor at the University of California, Irvine and an expert in election law and campaign finance regulation, suggests that the developments are not promising for the prosecution's case.

"To state the very obvious, some of the jurors are convinced that he is guilty and some are not -- and that's not a good sign for the prosecution," Hasen said. "They'll be back for some more deliberations, but if after so many days they've only reached a verdict on one count, it's got to be a sign that there's serious disagreement on the rest of the counts."

Still, Goldman contends that a conviction on count three -- if that is the verdict the jury reach -- could still be devastating to Edwards.

"Edwards is a lawyer. If he's convicted on one felony count he's probably going to lose his license to practice law relatively soon," Goldman said.

The indictment against Edwards charged that nearly $1 million worth of contributions provided by prominent Edwards donors Rachel "Bunny" Mellon and Fred Baron, which went toward helping former Edwards mistress Rielle Hunter and their child, amounted to campaign contributions because they were made with the purpose of protecting Edwards' presidential candidacy.

The Edwards campaign did not file the more than $900,000 as campaign contributions, and Baron said before his death in 2008 that he had provided the funds on his own, without telling Edwards. The money was not given to Edwards or Hunter directly, but rather funneled through several different people, including a former aide, Andrew Young, who at one point attempted to help Edwards cover up the affair with Hunter by claiming paternity of Hunter's child with Edwards. Young used much of the money to pay for the construction of a $1.6 million home for his family.

Pivotal to the prosecution's case is proving that the funds did qualify as campaign contributions and that Edwards accepted them with the knowledge that in doing so he was breaking the law.