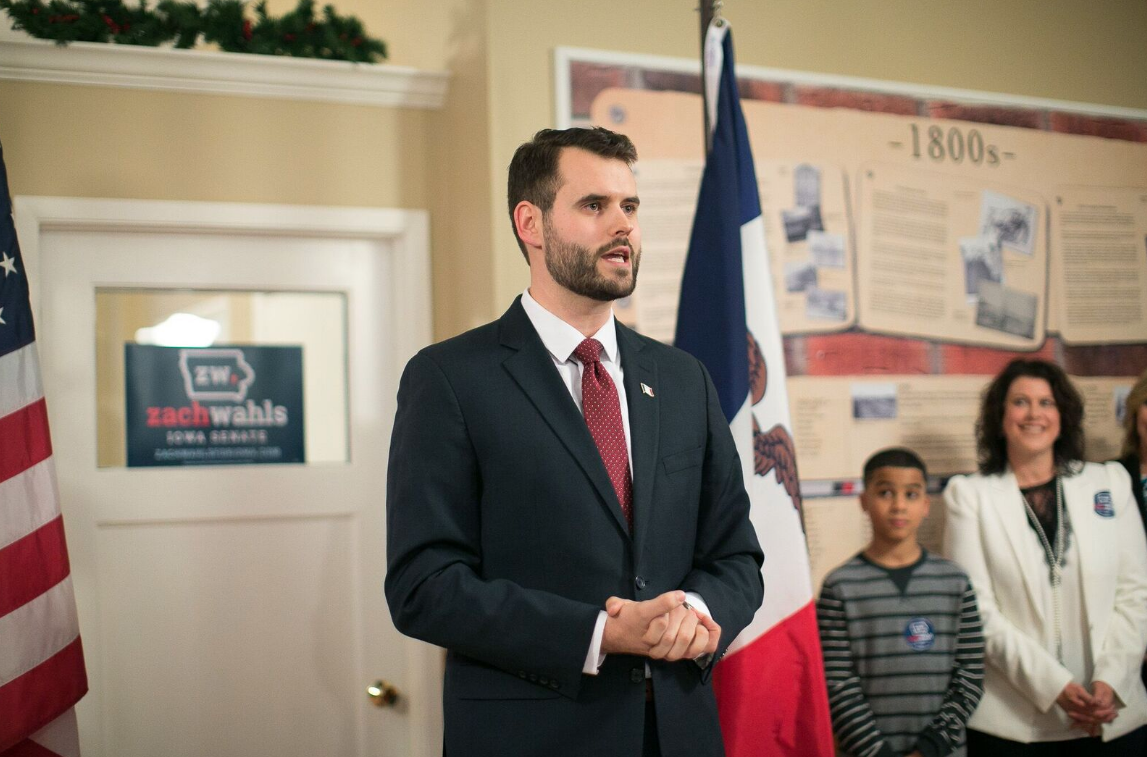 Zach Wahls, the 26-year-old who first gained attention for his impassioned speech before Iowa's state legislature in defense of marriage equality, is now one step closer to becoming Iowa's youngest state senator. On Tuesday, Wahls secured over 59 percent of the vote, making him the Democratic nominee for the state's 37th Senate District. Wahls will now face Carl Krambeck, the Libertarian candidate who ran unopposed, in November.

"I am incredibly grateful to all the people who pitched in to make my victory possible, and I am honored to be the Democratic nominee," Wahls told CBS News on Wednesday. He credited the grassroots efforts by fellow millennials working on his campaign, including area high school and college students, that helped secure Tuesday night's win.

"Part of my campaign so far and a big part of my hope is to continue to engage high school and college students going into summer and fall, making sure this blue wave continues," said Wahls. When asked if his age could present an issue when working with his potential colleagues in the Iowa state senate, Wahls said he's "not worried at all" about connecting in his caucus. The candidate said he already has received a warm welcome and congratulatory call from the senate's Democratic Leader Janet Petersen, Iowa-District 18.

Wahls first entered the public eye after a speech he delivered defending gay marriage in front of the Iowa House of Representatives went viral on YouTube back in 2011. The then-19-year-old University of Iowa student, who was raised by lesbian parents, spoke openly and candidly about his experience growing up with two mothers during a public forum against House Resolution 6, which would end civil unions between same sex couples.

"When I delivered my speech defending same-sex marriage back in 2011, I had no idea it would one day lead me back to the Iowa legislature. Our campaign marks a new generation of leadership in Iowa politics, and I am proud to have worked alongside so many young people in breaking primary turnout records in our district and across the state," said Wahls.

Since then, Wahls has become a champion for LGBTQ rights -- co-founding Scouts for Equality, the organization that helped lead the charge to bring an end to the Boy Scout organization's ban on gay scouts and leaders -- as well as authoring a book on his life with two moms.

Wahls said there are "some echoes" of LGBTQ issues from his past speech, and looking ahead to the midterms, he says that "people understand the stakes are very high."

Besides gay rights, Wahls ran a successful primary campaign on lowering the cost of health care, stronger gun reform laws, and workers' rights among other issues. He called his win on Tuesday's primary an "all-hands-on-deck moment that will define the future of our state for generations to come."

He added, "last night shows Iowans are up to the challenge and ready for change."

As for next steps, Wahls says he's going to "relax for a day or two" saying his campaign has been working "non-stop for last 5 months."

"We've got to get our feet back under us and once we do that, it's right back to work," he added.