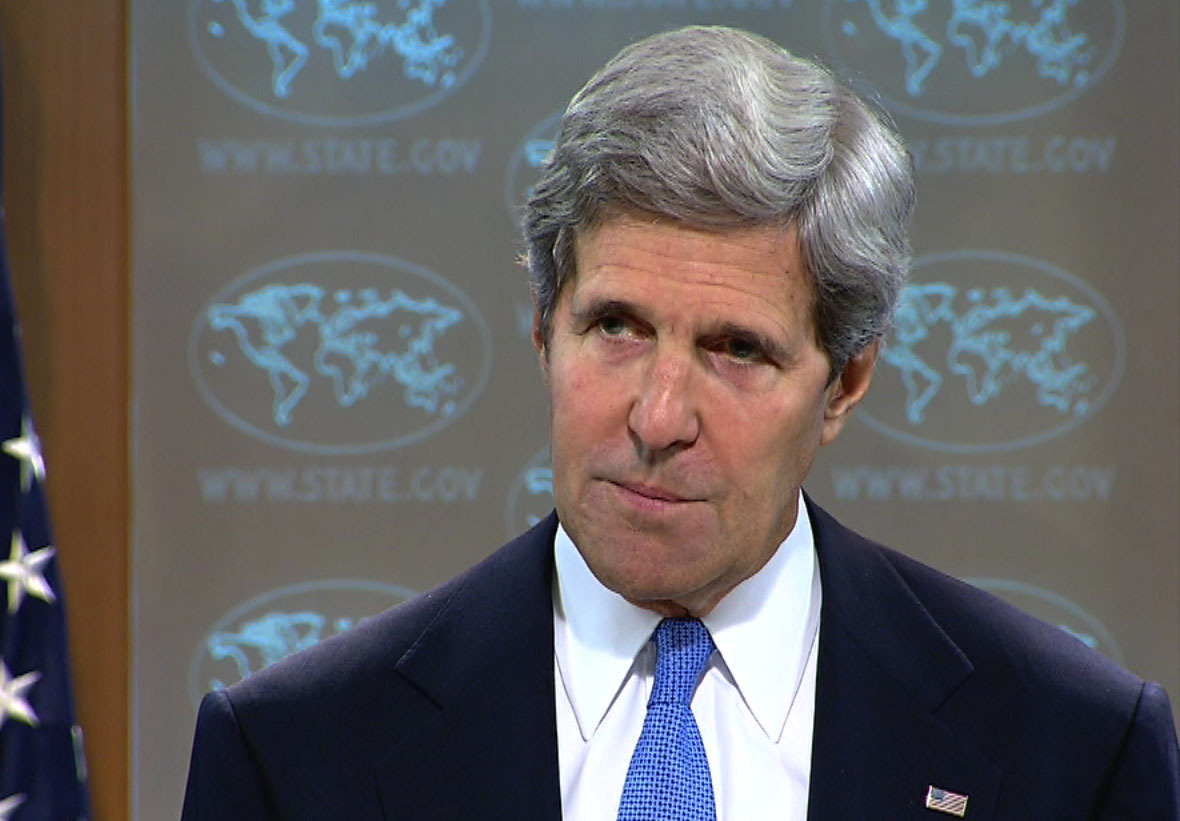 At sundown Monday, Palestinian and Israeli negotiators will meet over an Iftar dinner hosted by Secretary of State John Kerry at the State Department. The meal, which marks the breaking of the day-long fast observed by Muslims during the holy month of Ramadan, is a symbolic start to the first round of face-to-face negotiations between the two parties for the first time in three years.

Among those joining Kerry Monday night include the newly named U.S. envoy for the negotiations, Martin Indyk, Israel's negotiators, Tzipi Livni and Yitzhak Molcho, and the Palestinian negotiators, Saeb Erakat and Mohammad Shtayyeh.

Kerry spent much of the past four months shuttling back and forth between the two sides in order to convince them that they at least need to get into the same room. He invested a lot of political capital and jet fuel to get to this point. The next hurdle is reaching any agreement. State Department spokesperson Jen Psaki said that today's meeting marks the beginning of direct final status negotiations on "at least a nine-month timetable."

While there is no official deadline to the talks, Kerry has said previously that failing to address the issue of Palestinian-Israeli peace now will only add to future complications. With the help of private investors, Kerry and former British Prime Minister Tony Blair have also cobbled together a four billion dollar economic development plan that may encourage the parties to stay at the table. Private investors including Ripplewood Holding's Tim Collins are among those advising on the economic angle.

"I know the negotiations are going to be tough, but I also know that the consequences of not trying could be worse," Kerry told reporters gathered in the State Department briefing room Monday. He also announced that Indyk, the former U.S. Ambassador to Israel, will shepherd the day-to-day technicalities of the diplomacy.

"Going forward, it's no secret this is a difficult process, if it were easy, it would have happened a long time ago," Kerry said. "It's no secret therefore that many difficult choices lie ahead for the negotiators, and for the leaders as we seek reasonable compromises on tough, complicated, emotional and symbolic issues."

The Israeli decision to free more than 100 Palestinian prisoners cleared the way for the meeting. The release will be in stages over several months. It angered some Israelis who consider them to have blood on their hands. Palestinians welcomed the release and negotiator Saeb Erekat called it a step toward peace. Yet even the announcement of face-to-face talks drove hundreds of upset Palestinians to protest in the West Bank and Gaza on Sunday. Many fear that the Israeli government will not freeze settlement construction in the Palestinian Authority-led West Bank.

That is just one of the key sticking points in future negotiations. Also at issue: what a future Palestinian state might look like. Palestinians want it to include Jerusalem, which was seized by Israel in the 1967 war. Israel also claims the city as its capital. Deciding who lives within a new state - and if Palestinian refugees have a right to return - is yet another thorny problem.

"On borders and security, the gaps actually might be quite narrow and bridgeable. On refugees and Jerusalem - think about the Grand Canyon," said Aaron David Miller, who has served for two decades as a senior U.S. adviser on past Palestinian-Israeli negotiations.

Yet getting both sides to sit down together is a first step and a diplomatic coup for Kerry. Whilehe credited President Obama with empowering him to take on this project, it has largely been Kerry who has pushed this to the top of his own foreign policy agenda despite other more pressing security issues elsewhere in the Middle East, namely Egypt and Syria. But any progress on this issue may help diffuse another security issue from bubbling up in Israel's own backyard.