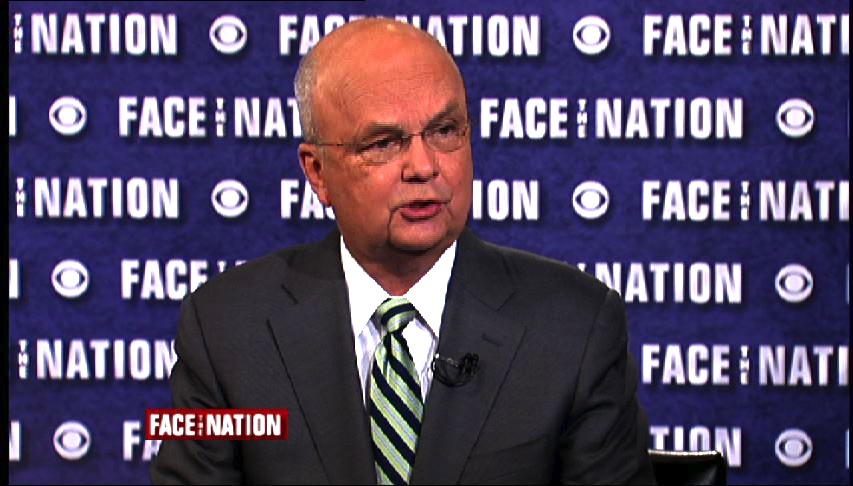 Michael Hayden, the former director of both the CIA and National Security Agency (NSA) said that Edward Snowden, the former government contractor who leaked a massive number of secret documents to the media didn't have "the ring of total truth" in a recent interview he gave to NBC News.

In that interview, Snowden said he "trained as a spy in sort of the traditional sense of the word, in that I lived and worked undercover overseas" and denied that he was a low-level hacker.

Hayden maintains that Snowden caused "unquestionable irreparable, irreversible harm" to the U.S. with the information he revealed. He said some revelations, such as the NSA's practice of collecting metadata on Americans' phone calls, revealed programs that do "impinge upon American privacy" and merit a debate.

But other information that Snowden's documents revealed, like the extent of the U.S. ability to spy on foreign nations, was damaging, he said.

"If he lives up to half of that resume he claimed to have, that he was actually a spy and an intelligence officer, he would understand that there is no way the United States can reveal, without creating far greater harm, what it is we have lost," Hayden said in an interview with "Face the Nation." "What is it that he wants us to do? To go out publicly with a list of all the terrorist targets now that we're no longer covering because of the information that he's revealed?"

Hayden also cast doubt upon Snowden's claims that he has "no relationship" with the Russian government and destroyed all classified materials before traveling from Hong Kong to Moscow.

The former NSA director said he wanted to know what Snowden brought with him to Hong Kong and what happened to it. He also said that "of course" Snowden had contact with the Russian government, because "any responsible security service is going to be all over this guy."

He also has questions about why Snowden asked Russian President Vladimir Putin questions on a television show, including, "Whose idea was that? Who arranged that? Why did you do that? What were you thinking when you agree to do that kind of thing for Putin?"

In the NBC interview, Snowden said he is still interested in coming back to the United States, and that the possibility of amnesty or clemency for him is "a debate for the public and the government to decide." Hayden - who still calls Snowden a "defector" rather than a "traitor because of the narrow, legal definition" - is among those who believes he should not receive a pardon because of the volume of highly confidential information he released.

"He certainly betrayed the workforce of which he was a part. He betrayed his oath. And in some ways, betrayed his country," Hayden said.