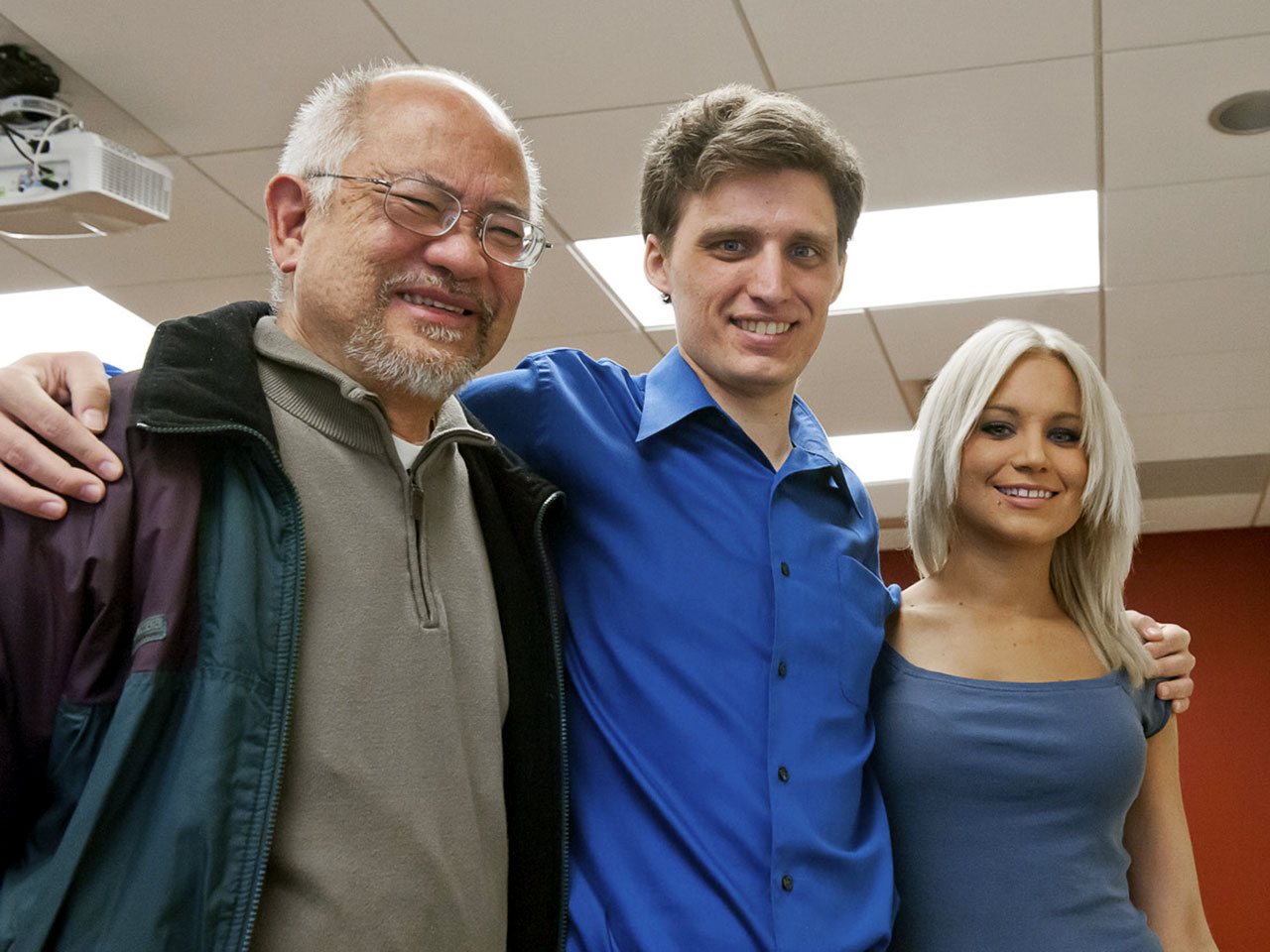 (CBS/AP) When Ray Fearing's body didn't take to the kidney his sister had donated to him, the 27-year-old Illinois man had few options. But doctors approached him with a unique suggestion: Why not try donating the organ to another patient in need?

In what's thought to be a medical first in the U.S., a transplanted kidney was removed from a living patient and given to somebody else at a Chicago Hospital.

The tale of two patients and one kidney was published in a research letter in the April 26 issue of The New England Journal of Medicine.

Typically when transplanted organs fail in living patients, doctors throw them away. But with more than 73,000 people on transplant waiting lists nationwide, some specialists say doctors should consider trying to reuse more organs to ease the severe shortage. There have been other cases since the 1980s of transplant organs being used more than once, but they were rare and involved instances in which the first recipient died.

That was the possible fate awaiting two strangers. Fearing, of Arlington Heights, Ill., had a disease that caused scarring that prevented the kidneys from filtering waste from blood. He had to quit his industrial machinery job and went on dialysis a year ago. His 24-year-old sister donated a kidney last June in what was "probably the happiest moment of my life," Fearing said. The worst, he said, was when doctors told him the kidney was damaged and had to be removed. According to the New England Journal, the kidney lasted for only 14 days before it was taken out.

Gallon, medical director of Northwestern's kidney transplant program, thought the kidney could be reused in somebody else if it was removed quickly, before it became irreversibly damaged.

Fearing said he was heartbroken and reluctant to abandon an organ that had been his only hope for a normal life. But he decided it was the only option that made sense. His sister, too, was crushed but said she didn't hesitate when told her kidney might help someone else.

"I just assumed it's damaged, it's garbage," she said. "The fact that they were able to give it to someone that somehow was able to benefit from it was great."

Te recipient of the kidney was 67-year-old Dr. Erwin Gomez of Valparaiso, Ind., a surgeon familiar with the medical complexities involved.

Gomez was selected because he was a good match. But Gallon said doctors also thought Gomez's medical background would help him better understand the procedure. Gomez said he had never heard of reusing transplant organs, and he worried about taking what seemed like damaged goods. But he agreed after the Northwestern team explained the risks and possible benefits.

The removal and retransplant operations took place July 1. Within two days, the transplanted kidney had regained function. Gallon said he is convinced the damage is reversed.

Gomez is taking anti-rejection drugs and is off dialysis. "I finally feel normal," he said. Fearing is back on dialysis and said he is doing OK.

Gallon said it is not uncommon for patients with Fearing's disease to go through more than one transplanted kidney, and he expects Fearing will eventually get another one.

Despite his own misfortune, Fearing said he is "extremely happy about being a part of this medical breakthrough" that might end up helping others.

While a powerful story, reusing a transplanted organ can be tricky - and riskier - because surgeons have to deal with scar tissue that typically forms around an organ as the body heals from the operation.

Dr. Wayne Shelton, a bioethicist at Albany Medical College in New York, said the practice may raise ethical questions. He said doctors need to make sure patients who are offered reused parts understand all the risks and are not made to feel coerced into accepting such organs. And because these cases are so rare, there is little data on how patients with recycled parts will fare, he said.

Dr. Jonathan Bromberg, director of transplantation at the University of Maryland Medical Center, praised the Northwestern doctors but said organ recycling is unlikely to become commonplace because it would be rare for an already transplanted organ to be healthy enough to be reused.

In Boston in 2009, a man died shortly after a getting a new heart, and the organ was in good enough shape to be transplanted into someone else. A 2005 medical journal report detailed three U.S. cases involving donor livers reused after the initial recipients died, and said they were among 11 similar cases between 1987 and 2005. Medical literature also includes reports from the 1990s about a kidney retransplant in Spain and a heart retransplant in Switzerland.

Joel Newman, a spokesman for the United Network for Organ Sharing (UNOS), said previous retransplants in the U.S. "have occurred when the original recipient has died soon after a transplant but the organ is still able to function. To our knowledge, this is the first publicly reported instance where a kidney has been removed from a living person due to the risk of organ failure and retransplanted."

UNOS has more on organ transplantation.