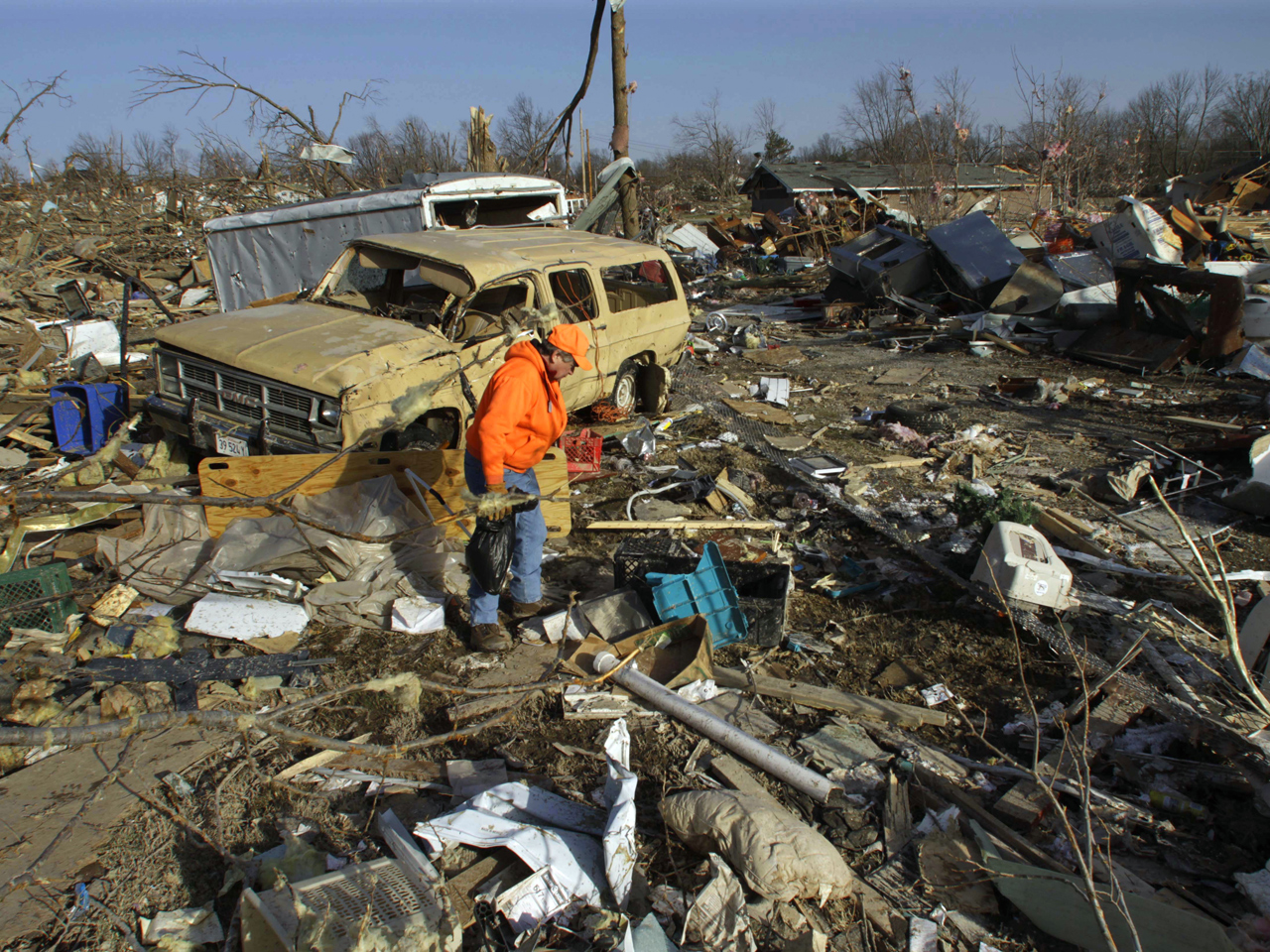 The town of Harrisburg, Illinois, has been a disaster zone for nearly two weeks. A powerful tornado killed seven people and the damage is extensive.

CBS News correspondent Dean Reynolds reports that there is now a fight over who should pay to help the town recover.

On the day that a tornado ripped through Harrisburg, Illinois Governor Pat Quinn surveyed the damage and tried to think ahead.

"We have an emergency management agency and I signed a declaration, a state disaster declaration," Quinn said. "And I will ask the feds for assistance. You have to file a good application if you want federal assistance."

State officials estimated they would need about $3 million in federal aid to help homeowners and renters. But FEMA's Craig Fugate says his agency will not be sending checks for damaged or destroyed homes.

"We did not find that the disaster information provided would suggest that it exceeded the state's capabilities," Fugate said.

FEMA considered private insurance coverage in the area, alternate housing and available rental units in determining that Illinois could handle the mess by itself.

But when Illinois learned that Indiana's aid application -- which claimed more than $25 million in damages from storms in the last couple of weeks -- had been approved by FEMA, Illinois Senator Dick Durbin and others were outraged.

"To think that these local communities or our state with its own budget problems can take care of this is just naïve," Durbin said.

"Turning down a disaster is never easy. We know those are real people, real homes that have been impacted. This is not about the individual or the family. This is really about looking at the impacts to the state," Fugate said.

Illinois is appealing the decision. The state's congressional delegation and Governor Quinn will meet with FEMA officials in Washington on Tuesday.