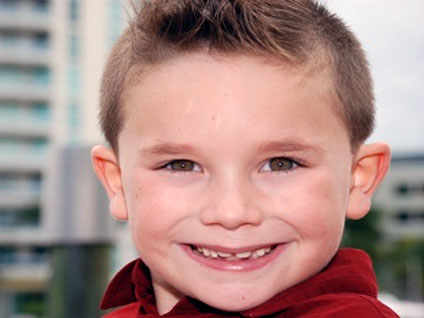 FORT LAUDERDALE, Fla. (CBS/WFOR) The apparent suicide of 7-year-old boy Gabriel Myers, who was taking several psychiatric medications, has led to the introduction of a bill in the Florida legislature, which would assure that powerful mental health drugs dispensed to Florida foster care children would be more closely monitored.

The proposal is largely based on the findings of a task force formed after Gabriel locked himself in a bathroom and hung himself with a shower cord last April.

Gabriel was on Seroquel - used to treat bipolar disorder - and other psychiatric drugs linked by federal regulators to potentially dangerous side effects, including suicide, but the risks may not have been adequately communicated to his foster parents.

The drugs are not approved for use by young children. But doctors often prescribe them 'off-label,' for purposes for which the drugs have not been approved.

Sen. Ronda Storms said prescribed drugs have replaced talk therapy and are over-prescribed to subdue unruly children. The measure would require an independent review before psychiatric drugs can be administered to children 10 or younger.

"All you do is mask the behavioral problems by treating him (psychotropically). All you're doing is putting him in a chemical straight jacket so that he can't act out so you can get him to 18 and dump him into adulthood and that's not acceptable," said Storms to CBS affiliate WFOR.

Gabriel's death prompted a statewide investigation that found 13 percent, or 2,699, of all foster children are on such drugs, according to a Department of Children and Families(DCF) study. That compares with only an estimated 4 percent to 5 percent of children in the general population.

Child advocates say the prescribing doctors often lack pertinent information on the child, including medical history and behavioral background. The bill requires caregivers and doctors to report any adverse side effects, which DCF must document.

The bill also requires children to have a mental health treatment plan that includes counseling for children prescribed such drugs.

How GPS led cops to killers of Florida doctor