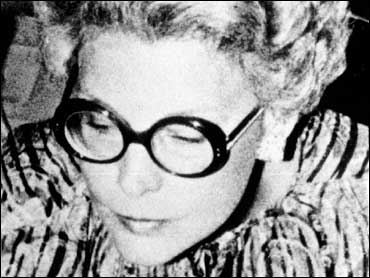 Martha "Sunny" von Bulow, who spent the last 28 years of her life in oblivion after what prosecutors alleged was two murder attempts by her husband, Claus, died Saturday at a nursing home in New York.

She was 76. Her death was announced by her children in a statement released by family spokeswoman Maureen Connelly.

Mrs. von Bulow was a living example of romantic notions about high society - a stunning heiress who brought her American millions to marriages to men who gave her honored old European names.

But she ended her days as an ever-sleeping beauty, visited by her children, pampered around the clock by nurses, sometimes conscious but giving no sign of awareness.

She was the offstage presence that haunted her husband's two sensational trials in Providence, R.I.

At the first trial, in 1982, Claus von Bulow was convicted of trying twice to kill her by injecting her with insulin at their estate in Newport, R.I. The verdict was thrown out on appeal, and von Bulow was acquitted at a second trial in 1985.

The murder case split Newport society, produced lurid headlines and was later made into a film, "Reversal of Fortune," starring Glenn Close and Jeremy Irons.

Claus von Bulow is living in London, "mostly taking care of his grandchildren," said Alan Dershowitz, the defense lawyer who won his acquittal at the second trial.

"It's a sad ending to a sad tragedy that some people tried to turn into a crime," Dershowitz said. "I hope this finally will put to an end to this terrible tragedy."

"There are no winners in a case like this. I'm happy to have played a role in getting the criminal conviction reversed, because it was an unjust conviction, but there were no victory parties or celebrations afterwards because there was a woman in a coma," Dershowitz said.

His main accusers were Mrs. von Bulow's children by a previous marriage, Princess Annie Laurie von Auersperg Kniessl and Prince Alexander von Auersperg. They renewed the charges against their stepfather in a civil lawsuit a month after his acquittal.

Two years later, von Bulow agreed to give up any claims to his wife's estimated $25 million-to-$40 million fortune and to the $120,000-a-year income of a trust she set up for him. He also agreed to divorce her, leave the country and never profit from their story.

A sell-off of Mrs. von Bulow's property followed - her oceanfront estate in Newport for $4.2 million, her 12-room apartment on Fifth Avenue for $6.25 million, and the art and antiques from the homes for $11.5 million at a spirited two-day auction.

The government contended that von Bulow wanted to get rid of his wife to inherit a large hunk of her wealth and be free to marry a mistress. The defense countered by picturing Mrs. von Bulow, who suffered from low blood sugar, as a boozer and pill popper who drank herself into a coma.

Von Bulow was accused of injecting his wife with insulin first in December of 1979, causing a coma from which she revived. The second alleged attempt was a year later and this time, Dec. 21, 1980, at age 49, Mrs. von Bulow slipped into an irreversible coma.

Her world was reduced to a private, guarded room in the Harkness Pavilion and later the McKeen Pavilion of Columbia-Presbyterian Medical Center. She died at the Mary Manning Walsh Nursing Home, her family said.

Mrs. von Bulow was born Martha Sharp Crawford in Pittsburgh, Sept. 1, 1931, daughter of utilities tycoon George Crawford, who died when she was 4.

"Sunny," nicknamed for her disposition, was raised by her mother in New York City. She attended Chapin School and St. Timothy's in Maryland, skipped college and came out in 1951.

While touring Europe with her mother, she met Prince Alfred von Auersperg, who was younger, penniless and working as the tennis pro in an Austrian resort catering to rich Americans.

They were married in 1957 and divorced eight years later after she returned alone to New York with their young son and daughter.