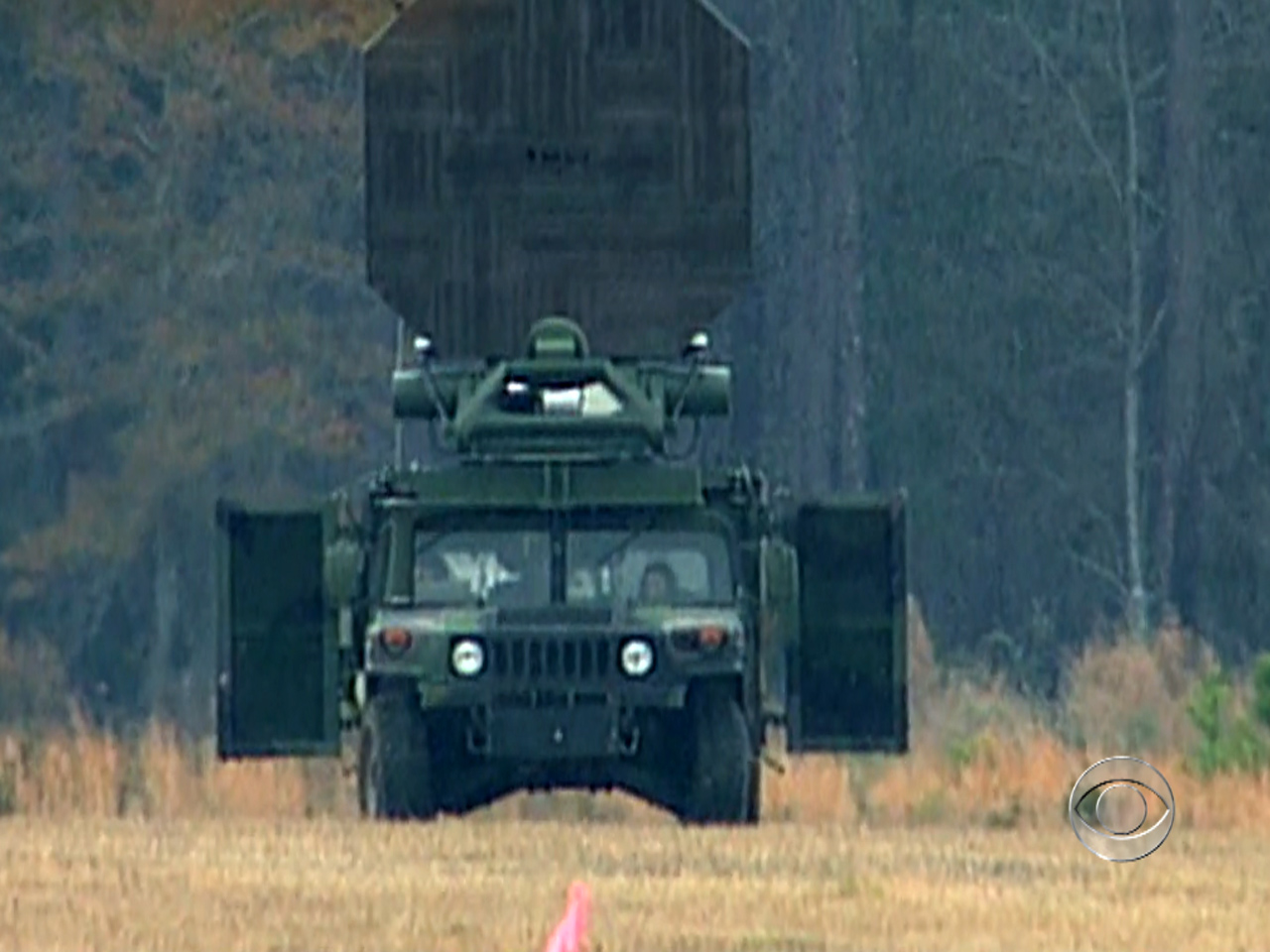 (CBS News) The Pentagon began developing a non-lethal ray gun not long ago. It was supposed to be a high-tech weapon that might save lives on the battlefield.

CBS News correspondent David Martin was among the first to report in 2008 on the weapon that seemed ideal for use in certain in certain situations in Iraq or Afghanistan. But it has never been used.

The newest version could be called a ray gun 2.0. It has a flat dish antenna that fires very high frequency radio waves that stop a person in his tracks without killing or even injuring him. It causes a burning sensation that makes you instantly jump out of the way.

The Pentagon demonstrated how it could control an angry crowd menacing a checkpoint without having to resort to deadly force. Mattresses and plywood do not stop its effects.

Officially called the Active Denial System, it's been tested on humans over 11,000 times. Once it was tested on then-Assistant Secretary of the Air Force Sue Payton, who touted it as the solution to the accidental killing of Iraqi civilians by American troops.

It's a "huge breakthrough, huge game changer," Payton said. "It would save huge numbers of lives."

But the ray gun never made it to Iraq. As the program manager at the time, Col. Kirk Hymes, told CBS News, military commanders have a hard time trusting a weapon that doesn't kill.

"Lethal systems have an easier time getting into our system," Hymes said.

In 2010, the ray gun was shipped to Afghanistan where prevention of civilian casualties is seen as key to success. The current program manager Col. Tracy Tafolla said it was sent back to the United States, and she doesn't know why.

The answer is American commanders were afraid the Afghan people would see it as a torture device or part of a plot to sterilize Afghan men. Now Tafolla is trying again to send it to Afghanistan, auditioning the gun for everybody from the Afghan ambassador to reporters. But it remains a tough sell.

"You can't see it, can't hear it, can't smell it, and it's kind of hard to get I think your arms around that for a lot of people," Tafolla said.

The newest version still works the same way but is supposed to be even safer because the beam automatically shuts off after three seconds.

It's been in development for 18 years at a cost of $120 million, but until a battlefield commander is willing to trust it, the ray gun will remain a military sideshow.