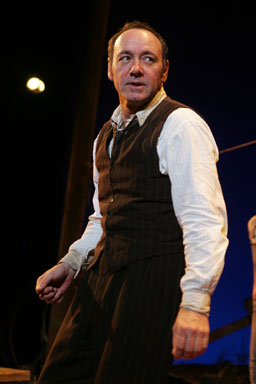 The United Nations said Thursday that the Afghan people are "on the edge of an abyss" after 22 years of war and two years of extreme drought.

"There is a real danger of famine in the region," said Christiane Berthiaume of the World Food Program. "There are at least 3 million people in a critical situation."

The country's ruling Taliban said Thursday that bitter cold and hunger killed 150 refugees, mostly children, this week in camps filled with people fleeing the effects of Afghanistan's devastating drought, the worst in 30 years.

U.N. officials said they were asking donor countries, which have paid little heed to Afghanistan in recent years, for a dramatic increase in donations.

Annan reiterated an appeal for urgent help for shelter for the refugees, and called for international donors to contribute the $229 million the United Nations has asked for to assist Afghanistan this year, U.N. spokesman Fred Eckhard said in New York. So far, less than $14 million has been contributed.

"Deaths from hunger are already occurring and most likely will be very substantial in number during the coming months," said a U.N. statement issued in Geneva. "Small children, already suffering from Afghanistan's extraordinarily high 'normal' under-5 mortality rate, are most at risk."

Rupert Colville of the U.N. High Commissioner for Refugees said that more than two decades of hosting millions of Afghan refugees had understandably put neighboring Pakistan and Iran at the end of their patience.

"The welcome mat has worn so thin in Pakistan and Iran that you can't read the word 'welcome' anymore," Colville told reporters. "It's hard to blame them for this in some ways.

Aid flown in by the U.S. government Wednesday was welcome and may help persuade Pakistani officials to reconsider their refusal to grant permission for a new site, Colville added.

Many Afghans fled their country during the Soviet-Afghan war in 1979. Although many later returned, they have subsequently been forced out again by fighting between the Taliban regime and rebel groups, or by hunger.

U.N. officials said they didn't have an accurate count of all the new arrivals in Pakistan and Iran but that overall nearly a half million newly displaced people had fled their homes in recent months and gone elsewhere in Afghanistan or crossed the borders.

"The crisis is very severe, bordering on famine for some of the most severely affected," said Antonio Donini, director for Afghanistan of the U.N. Office for the Coordination of Humanitarian Affairs.

He said the harvest last year was half of the normal and that the 1999 crop was also below average.

"In some areas where the rain has failed totally we find 90 percent or 100 percent loss of crop," Donini said.

"Huge numbers of livestock have been sold off or have died due to lack of water and fodder," said the U.N. statement. "The Afghan people are now at the edge of an abyss from which there will be no recovery for the most unfortunate."

Colville said Afghanistan has had severe problems previously, but "this is much wider spread and much more complex with the potential famine involved."

The Taliban, which rule 95 percent of the country, enforce a strict interpretation of Islam, which bans women from working, limits schooling for girls, imposes harsh and public punishments, and requires men to pray in the mosque and grow beards.

New U.N. sanctions were imposed last month to force the Taliban to surrender Osama bin Laden, accused by Washington of masterminding the bombing of its embassies in East Africa in 1998. He is also suspected in the bombing of USS Cole that killed 17 American sailors.