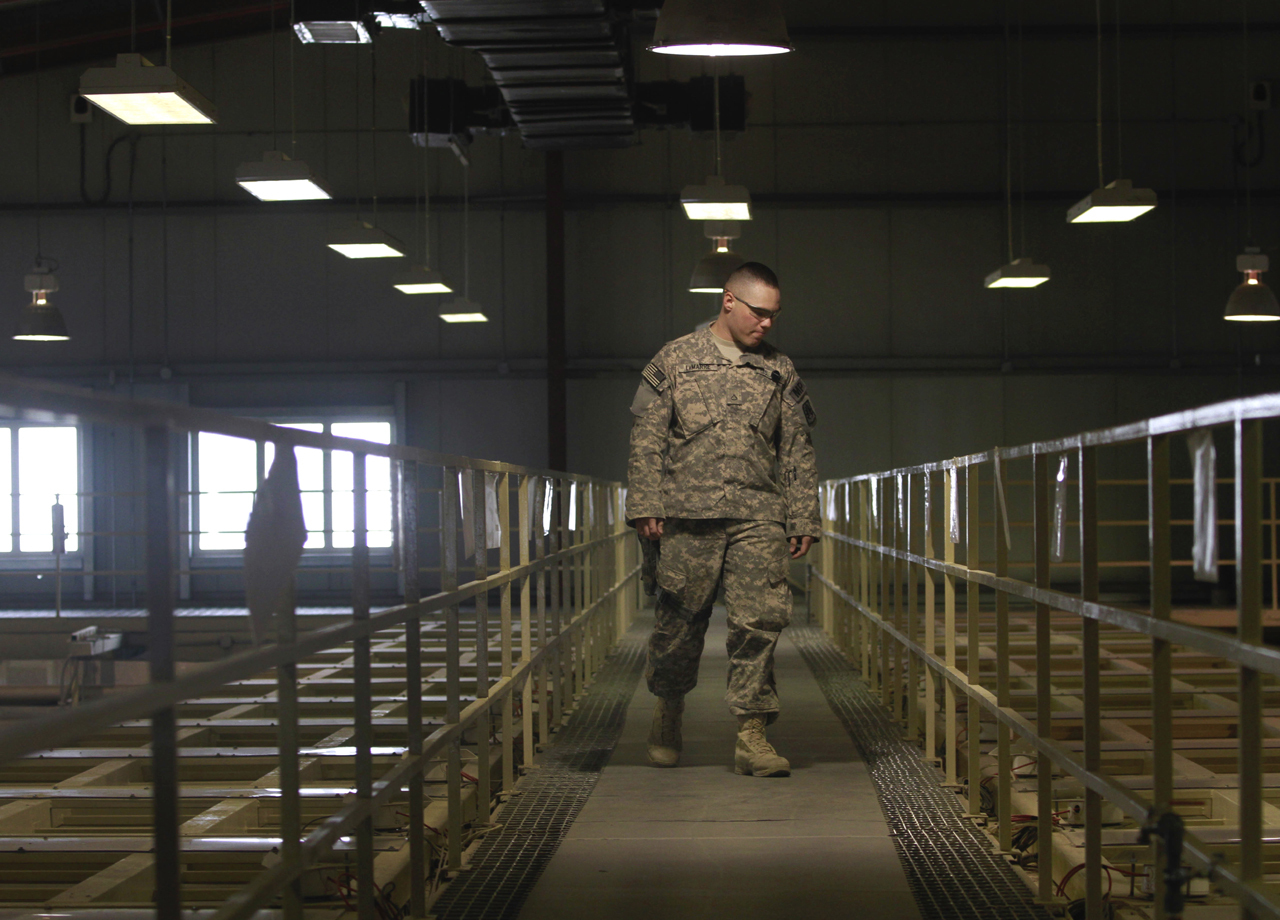 (AP) KABUL, Afghanistan - The U.S. military signed a last-minute agreement Friday to transfer its main detention center in the country to Afghan control in six months — a key step toward a long-term pact on U.S. military presence in Afghanistan.

The deal removes a sticking point that had threatened to derail the partnership between the two countries and has been critical to defining the U.S. role as it draws down troops here.

Friday's agreement extends a deadline set by Afghan President Hamid Karzai for the transfer of some 3,000 Afghan detainees at the Parwan facility, a U.S.-run prison adjoining its Bagram military base outside the capital Kabul, but also for the first time spells out American commitment to a hard transfer date.

Under the deal, the U.S. will still have access to Parwan and will be able to block the release of detainees it thinks should continue to be held.

The U.S. and Afghanistan have been in negotiations for months to formalize a role for U.S. forces after NATO's scheduled transfer of security responsibility to the Afghan government at the end of 2014. But talks had stalled over the issues of detainee control and night raids by international forces in Afghan villages.

"The signing of this memorandum is an important step forward in our strategic partnership negotiations," said Gen. John Allen, the commander of NATO and U.S. forces in Afghanistan.

First round Afghans who helped U.S. military are coming to Fort Lee
More

Allen and Defense Minister Abdul Rahim Wardak signed the memorandum at a ceremony in the capital.

According to the document, an Afghan general will be formally in charge of Parwan, but a joint U.S.-Afghan commission will decide on any detainee releases.

The joint commission will have to come to a consensus on any such decision, according to U.S. officials involved in the negotiations — a setup that will essentially give U.S. officials power to block any releases they do not agree with.

The officials, who spoke anonymously to discuss about confidential talks ahead of the signing, said that the detainees will be transferred to Afghan control gradually over the six months, with the first 500 expected to be transferred in 45 days. The U.S. government had already handed over a few hundred detainees to the Afghans previously.

The deal does not apply to the approximately 50 non-Afghans at Parwan, who will remain in U.S. custody.

The officials also said that they still need to work out how new detainees will be handled. Currently, the U.S. military assesses whether people captured on the battlefield are a threat and then either lets them go, hands them over to Afghan authorities or sends them to Parwan.

The U.S. also operates what it has described as temporary holding pens for gathering intelligence from detainees in Afghanistan, though officials have confirmed anonymously that some detainees have been held at these centers for up to nine weeks. The agreement does not appear to address these sites.