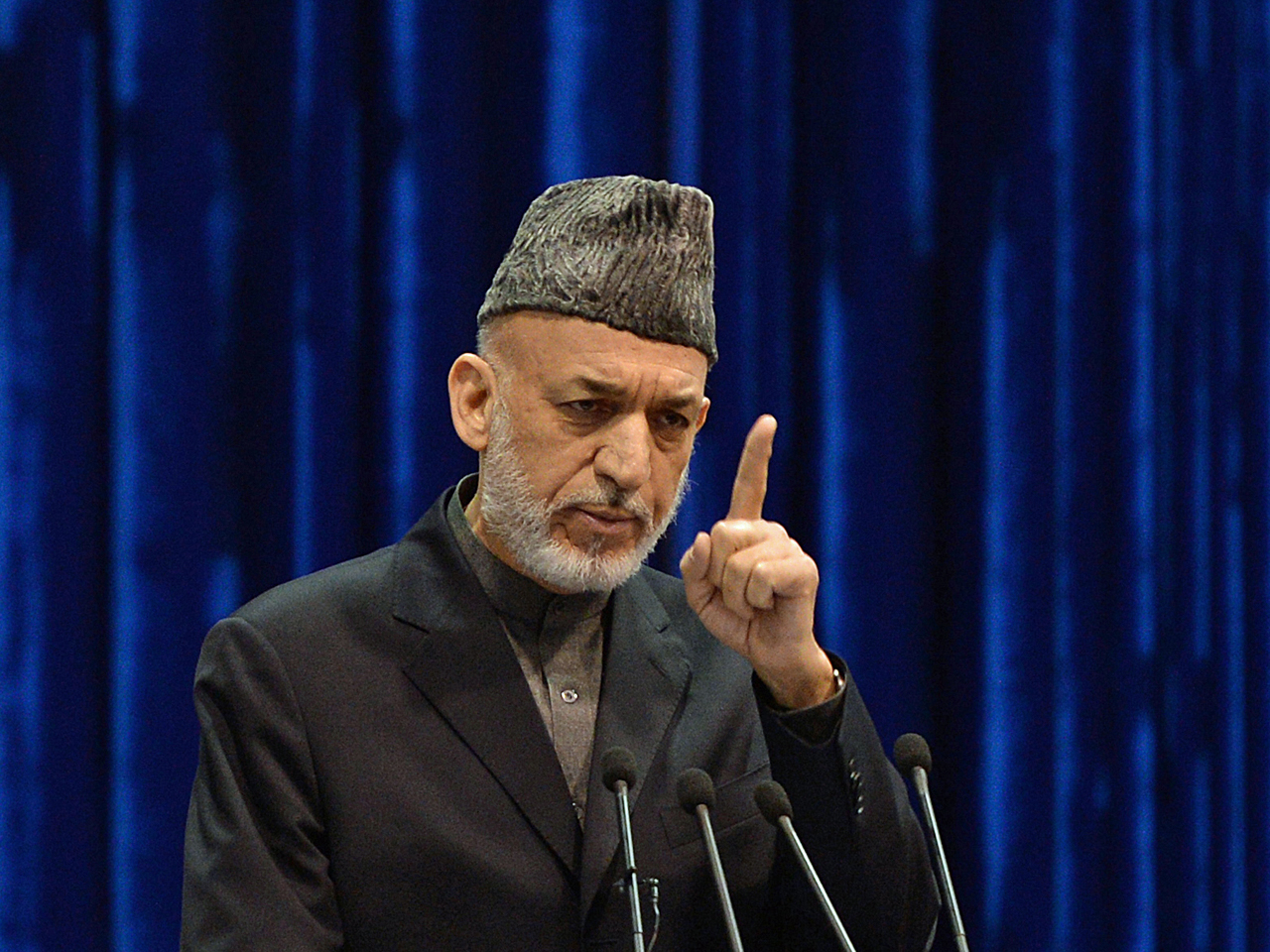 Afghan President Hamid Karzai's stubborn refusal to sign a security agreement with the United States has opened up the real possibility of the complete withdrawal of American forces by the end of next year.

U.S. National Security Advisor Susan Rice's visit to Kabul on Monday utterly failed to yield any progress in the negotiations. According to the White House, “Ambassador Rice reiterated that, without a prompt signature, the U.S. would have no choice but to initiate planning for a post-2014 future in which there would be no U.S. or NATO troop presence in Afghanistan.”
If anything, Karzai dug in deeper, coming up with even more demands in addition to those he outlined at the end of the previous week’s meeting of 2,500 tribal elders, the Loya Jirga.

Karzai himself had strongly recommended that the Loya Jirga accept the deal laying out how U.S. forces will operate in Afghanistan post-2014, known as the Bilateral Security Agreement (BSA). The members did ratify the deal, but in an abrupt about-face, Karzai refused to sign it.

The president’s signature is the only thing missing from the agreement which U.S. and Afghan negotiators spent more than a year hammering out.

It has a lot to do with Karzai's hallmark brinksmanship and willingness to stand up to the U.S. government. It usually plays well at home, but it’s a dangerous game. Already, he's facing a backlash by Afghan political leaders rightly frightened by the prospect of their nation’s still-developing military and security forces having to go it alone after 2014.

Just as the Loya Jirga was stamping its approval on the draft BSA, Karzai said he would delay signing it until after Afghanistan’s presidential elections are held in April.

It was a calculated move: putting it off gives Karzai some leverage with the U.S.

Under Afghan law, he can't run for the presidency again. Without his BSA ultimatum, he wouldn’t matter as much to America. If he signed before the elections, the BSA would go ahead as planned.

Delaying a signature until April also makes the BSA an election issue. The leading candidates have already said they want the U.S. military to remain in the country after 2014, but withholding finalization of the BSA could grant Karzai more influence in the campaign and political transition process.

Karzai also wants an immediate end to U.S. raids on Afghan homes, and has demanded that Afghan prisoners be released from Guantanamo Bay.

That prompted President Obama to respond with a personal letter to Karzai, promising that U.S. forces would only enter Afghan homes under "extraordinary" circumstances, and only if U.S. lives were at direct risk.

In broad terms, the BSA lays the legal groundwork for a ten-year commitment of 7,000 to 9,000 U.S. troops beyond 2014, primarily in an advisory role. But if goes further than that; if the U.S. commits its forces -- and that is not yet a done deal -- NATO countries will keep a number of their troops in, too. Other foreign leaders have already said that if American forces pull out, so will they.

Also at stake: an estimated $8 billion in U.S. aid which, in part, bankrolls the Afghan army and supports the government.

There isn't a single Afghan military officer that we've spoken to who wants American forces to leave. Most we met don't even want U.S. troop numbers reduced. They're simply not ready to face the Taliban alone, nor will they be by the end of next year.

U.S. officials have repeatedly pushed back the deadline on the BSA and are reluctant to open it up for more negotiation now. They've extended the deadline -- again -- to December 31.

Analysts say Karzai is still upping the ante primarily because he can, and he knows he won't be able to for much longer.

But he's gambling on the belief that the U.S. won't make good on its threat of the “zero option” and pick up and leave altogether.

The U.S. faced a similar situation when negotiating its exit from Iraq two years ago. In the end, no deal was reached and all U.S. troops pulled out.

Karzai only has to look at the staggering sectarian bloodshed still raging in Iraq to see that if the United States military does walk away, there could be devastating consequences for his country.