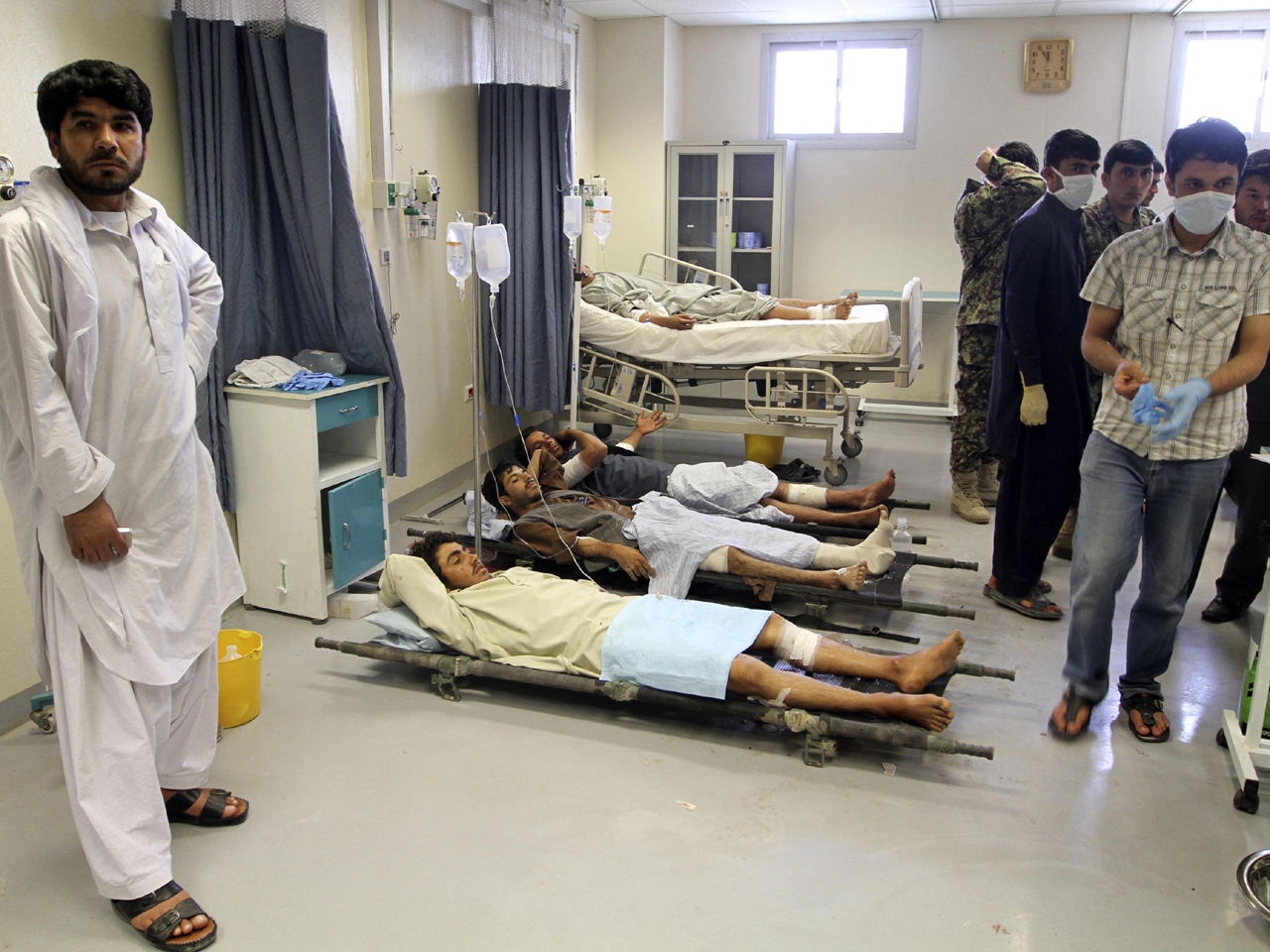 (CBS News) KABUL, Afghanistan - An Afghan official says an explosion has killed 21 civilians and left at least 22 more injured in an attack outside a sprawling military installation used by the U.S.-led military coalition in Afghanistan.

Gen. Abdul Hameed, the Afghan Army core commander in Kandahar, tells CBS News Kabul bureau chief Fazul Rahim that a man on a motorcycle packed with explosives blew up in the small bazaar which had only recently been set up just outside the Kandahar Air Field, the largest military base in southern Afghanistan.

Another official, a spokesman for the governor of Kandahar's office, tells CBS News there may have been two bombers - the first one on the motorcycle, and a second on foot who blew himself up as people gathered around the site of the first explosion. The spokesman also put the death toll at 23, with more than 50 wounded. The varying death tolls could not immediately be reconciled.

Hameed says four Afghan provincial governors were inside the base for a meeting with military coalition officials when the explosion struck. It was unclear, however, whether they were the targets of the bomber, who never gained access to the actual base.

Taliban spokesman Qari Yousuf Ahmadi claimed responsibility for the attack in a text message sent to CBS News, claiming that 17 foreigners were killed in the attack. The Taliban often exaggerate death tolls, and misrepresent the identities of victims, in bombing attacks.

Hameed says all those killed by the blast were civilians.

This story is still developing. Check back with CBSNews.com for updates.