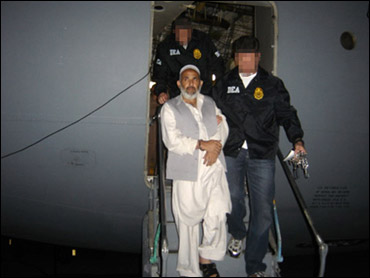 (AP) WASHINGTON - An Afghan man linked to the Taliban who was one of the largest heroin traffickers in the world was convicted Tuesday on charges of importing and distributing heroin and for narco-terrorism, federal officials said.

Officials with the Justice Department and the Drug Enforcement Administration said Haji Bagcho was convicted by a federal jury in Washington. They say he manufactured the drug in secret laboratories along Afghanistan's border with Pakistan.

According to the Justice Department, he sent heroin to more than 20 countries, including the United States, and proceeds from his heroin trafficking were then used to support high-level members of the Taliban to support their insurgency in Afghanistan.

Beginning in 2005 and continuing for five years, the DEA, in cooperation with Afghan authorities, conducted an investigation of Bagcho's organization.

With the help of cooperating witnesses, the DEA purchased heroin directly from the organization on two occasions, which Bagcho understood was destined for the United States, according to a Justice Department news release.

During one search, ledgers belonging to the defendant were found. One ledger, cataloguing Bagcho's activities during 2006, reflected heroin transactions worth more than $250 million, according to Bagcho's ledger.

Based on heroin production statistics compiled by the United Nations Office of Drugs and Crime for 2006, the defendant's trafficking accounted for approximately 20 percent of the world's total production for that year.

Bagcho was captured and brought to the United States in June 2009.

His sentencing is scheduled for June 12. He faces a mandatory minimum sentence of 20 years and a maximum of life in prison.