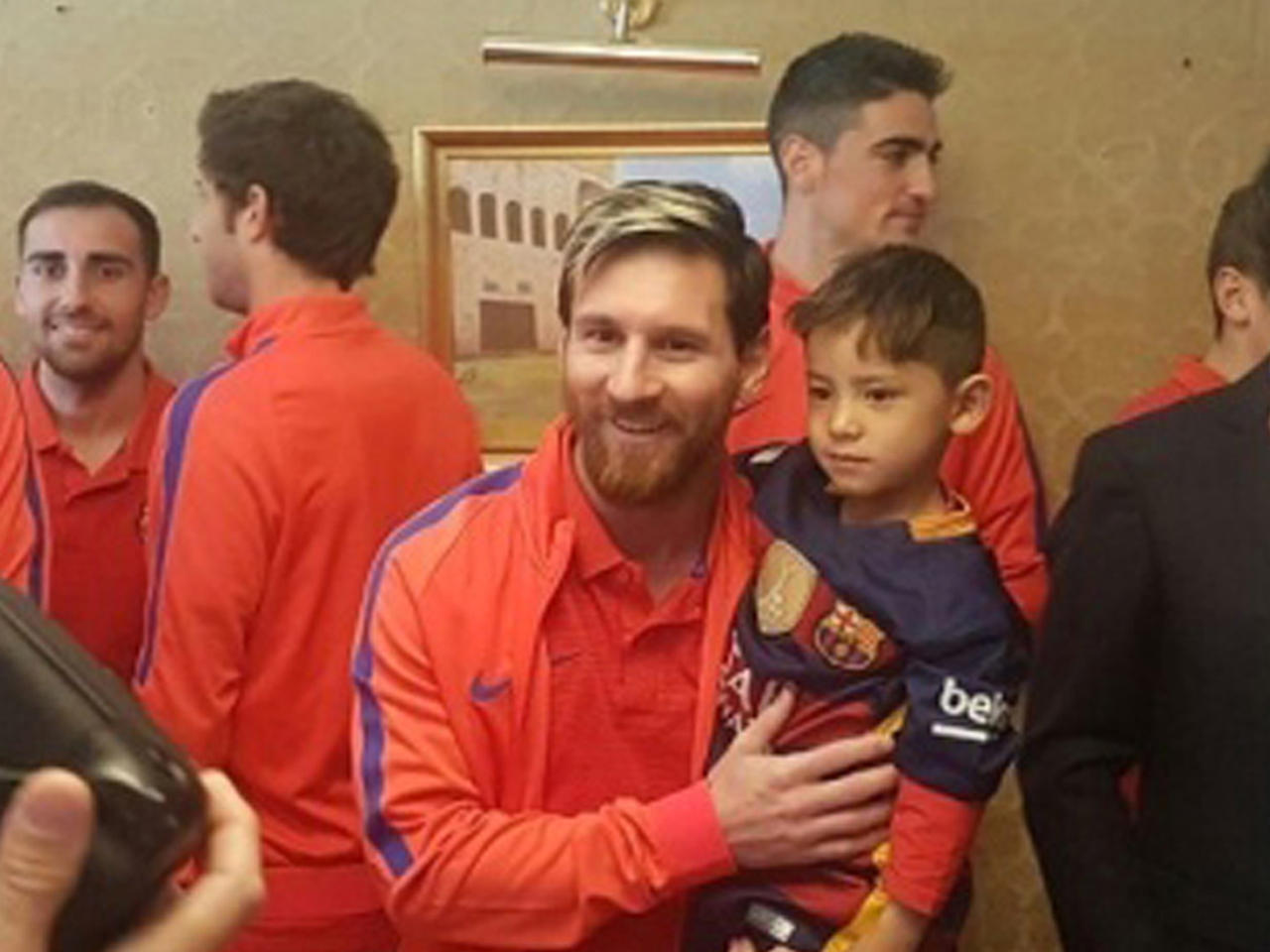 It was an image that touched the hearts of millions: A 5-year-old Afghan boy wearing an improvised Lionel Messi jersey made from a plastic bag.

Murtaza made a special trip from Afghanistan to Qatar, where Messi was with his Barcelona teammates to play a friendly match against Al Ahli on Tuesday.

In a meeting arranged by the organizing committee of the 2022 World Cup in Qatar, Messi held hands with Murtaza at the team hotel before picking up the boy and posing for photographs. Murtaza was wearing a Barcelona jersey.

“I’m very happy to have met my hero. It is a dream for me,” said Murtaza, in quotes supplied by the World Cup organizing committee.

CBS Sports writer Roger Gonzalez reports Murtaza, who is now aged 6, not only got to hang out with Messi pregame, but was allowed to walk out onto the field holding his hero’s hand... and then he didn’t seem to want to let go.

The boy became an internet sensation early this year when pictures of him playing near his home in eastern Ghazni province were widely circulated. They showed him wearing a plastic bag - in blue-and-white stripes, like the Argentina national team jersey - with Messi and the No. 10 written in black marker.

Murtaza’s father, Mohammad Arif Ahmadi, said in May that the family was forced to leave Afghanistan amid constant telephone threats and fears that Murtaza would be kidnapped because of his sudden notoriety.

“Life became a misery for us,” said the father at the time, speaking to The Associated Press over the telephone from the Pakistani city of Quetta, where the family had settled.

The meeting between Messi and Murtaza comes at a time when Qatar is introducing long-expected reforms to policies governing its vast foreign-labor force, who labor and human rights activists say are open to abuse by the current system.

Qatar says it is abolishing the “kafala” sponsorship system that binds workers to their employer. Rights groups say the changes fall far short of what is needed to protect the multitudes of mostly Asian low-wage workers transforming the tiny country.