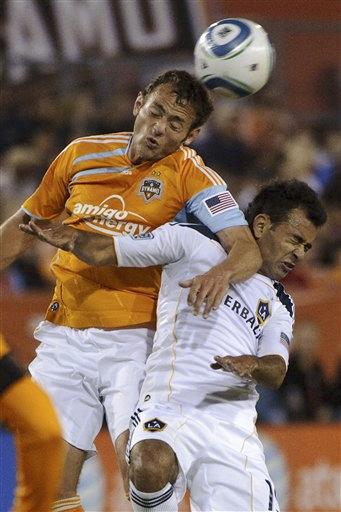 The U.S. government warned its citizens to keep a low profile in Kabul Monday after a car bomb hit a private American security company, killing up to 11 people in the deadliest attack in the Afghan capital in two years.

Three Americans died in Sunday's attack, according to Kabul's NATO-led security force, up from the two initially reported by the Afghan government.

The Taliban claimed responsibility for the blast at the office of Dyncorp Inc., which provides bodyguards for Afghan President Hamid Karzai and works for the American government in Iraq.

Security officials have issued several warnings in recent weeks that anti-government militants could ramp up attacks to disrupt the country's landmark presidential election.

The bombing came hours after another explosion killed at least nine people, eight of them children, at a school in southeastern Afghanistan, underlining the country's fragile security as it moves toward the Oct. 9 vote.

On Monday, the U.S. Embassy e-mailed Americans in Kabul to tell them to limit their movements, take strict security measures and avoid "potential target areas" such as government offices, NATO bases and restaurants.

U.N. staff were also ordered to keep off the streets as much as possible.

Mullah Hakim Latifi, a man who claims to speak for the Taliban, said one of its members carried out the Kabul attack with a time-bomb loaded in a vehicle, and warned that more attacks would follow.

"Taliban began trying to place a bomb in this area three days ago, and finally they have succeeded," Latifi told The Associated Press by telephone from an undisclosed location.

"We appeal to civilians to stay away from the elections and places where the Americans and coalition are living and working," he said. "They are our priority targets."

His claim could not be verified independently.

Haji Ikramuddin, the chief of police in the downtown Shar-e-Naw district where the blast occurred, said no one had been arrested and that "American professionals" were combing the site of the bombing.

Police and NATO troops were preventing anyone from approaching the area. Shopkeepers swept up glass from windows blown out by the heavy explosion.

There was confusion about the number of people killed in the attack, but it appeared to be the worst in Kabul since a car bomb killed 30 Afghans and wounded 150 on Sept. 5, 2002.

But on Monday, Lt. Cdr. Ken Mackillop, a spokesman for NATO troops in Afghanistan, said the bodies of three Americans and three Afghans were at the international force's field hospital.

He said two Nepalese and one American were being treated at the German-run facility in the capital.

Mackillop said other dead may have been taken elsewhere.

Afghan officials said three or four bodies were at an Afghan military hospital, including one apparent foreigner, but had few details. As many as 20 people were wounded, they said.

None of the victims was named.

Karzai and U.S. Ambassador Zalmay Khalilzad expressed shock at the attack against the contractor, which had been helping train Afghanistan's new national police.

"This cowardly attack will not deter U.S. participation in the ongoing effort to help Afghanistan stand on its own feet," Khalilzad said, describing the bombing as a terrorist attack.

Dyncorp Inc. is a division of Computer Sciences Corp. based in El Segundo, California. CSC spokesman Mike Dickerson said the Dyncorp office was hit by "an apparent car bombing."

Reporters saw the mutilated body of one man lying in the street near the burning wreckage of several cars. Windows were blown out over a wide area.

Some Afghans turned their anger against the thousands of foreign troops and security agents still in Afghanistan more than two years after the fall of the Taliban.

"It was a very, very big explosion, and there were a lot of injured," said Ahmad Emal, a young shopkeeper. "These foreigners should leave the residential areas."