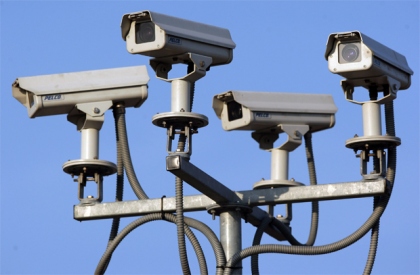 The affluent Long Island town is planning to install 44 security cameras that will screen every car entering and exiting the 3.3 square mile area in an attempt to crack down on property and home invasion crimes.

The security system will photograph each vehicle and run the license plate through criminal databases automatically notifying police if a match is found.

Kings Point, where the average house values over $2 million, has recently had a rash of burglaries, including one where a woman was robbed of her diamond ring in her own garage, reports CBS station WCBS.

Mayor Michael Kalnick told Newsday that the system is necessary to protect residents of the town, and residents say they agree.

"It doesn't bother me. I have nothing to hide," resident Nancy Roth said, reports WCBS.

Another resident, Nahal Zelouf, added, "I think it's an absolutely wonderful idea and they should [do it]."

Privacy advocates say they're less thrilled with the plan.

"Giving up our liberty and our privacy in the name of security doesn't always make us safer," said Samantha Fredrickson of the New York Civil Liberties Union.

Police said the project will cost $1 million and will be paid for over several years.