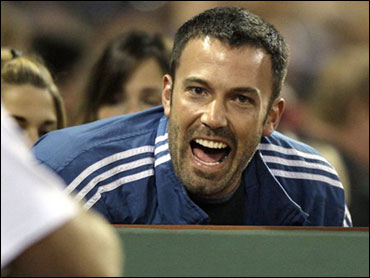 They are among the stars of big-name premieres announced Thursday for Robert Redford's independent-film showcase that runs Jan. 21-31 in Park City, Utah.

Stewart and Fanning team up for director Floria Sigismondi's "The Runaways," a portrait of rocker Joan Jett as she forms her band in the 1970s. Stewart also stars in the Sundance entry "Welcome to the Rileys," one of 16 films announced Wednesday for the festival's U.S. dramatic competition.

The festival's premieres section includes 13 films screening out of competition, among them "The Company Men," a corporate-downsizing tale starring Affleck, Kevin Costner, Maria Bello and Tommy Lee Jones. It was written and directed by Emmy-winning TV producer John Wells, whose credits include "The West Wing" and "ER."

50 Cent appears with Chace Crawford, Emma Roberts and Kiefer Sutherland in the crime drama "Twelve" from director Joel Schumacher ("Batman Forever," "The Phantom of the Opera").

The documentary lineup features a daring entry for the festival that takes place in the heartland of the Mormon church. Reed Cowan's "8: The Mormon Proposition" examines the church's support of California's Proposition 8, which banned gay marriage.

Among actors directing films are "Entourage" star Adrian Grenier, whose documentary "Teenage Paparazzo" premieres at Sundance. The film is an exploration of celebrity culture, inspired by a 13-year-old boy who snapped a photo of Grenier.

Philip Seymour Hoffman makes his directing debut with the Sundance premiere "Jack Goes Boating," in which he stars with Amy Ryan in a story of romance and betrayal involving two New York couples.

Alongside such Hollywood regulars, Sundance is adding a section called Next, featuring eight films shot on ultra low budgets of less than $500,000, mostly made by unknown filmmakers and actors.

Among the Next titles are Linas Phillips' "Bass Ackwards," following a man on a road trip after a bad relationship with a married woman; Sultan Sharrief's "Bilal's Stand," about a Muslim teen in Detroit coping with family strife while angling for a college scholarship; and Katie Aselton's "The Freebie," in which she stars with Dax Shepard in the tale of a married couple who decide to grant each other a one-night stand with someone else.
By David Germain