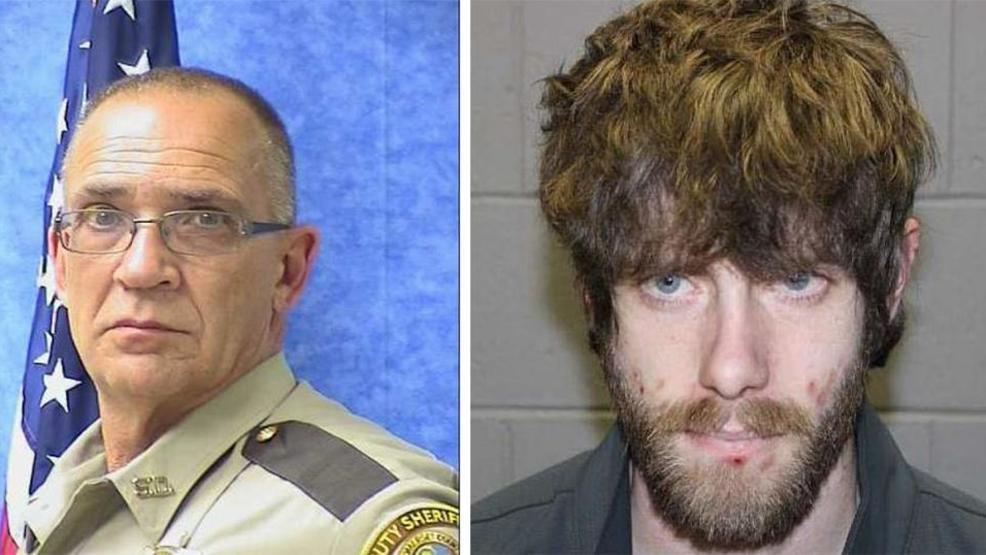 AUGUSTA, Maine -- Court documents allege a Maine man confessed to shooting a sheriff's deputy in the head and was later seen with a bulletproof vest, but don't shed any light on the motive.

Williams is charged with killing 61-year-old Somerset County Cpl. Eugene Cole on April 25 in Norridgewock. Cole was talking on his cellphone to another Somerset County deputy when the call abruptly ended around 1 a.m. Wednesday, according to the affidavit. A woman who helped raise Williams found the slain deputy in her yard and flagged down officers.

Williams was captured on the fourth day of a manhunt Saturday.

After allegedly shooting the deputy, Williams stole his cruiser, drove to a convenience store and stole some cigarettes, the affidavit says. A clerk saw the man carrying a gun steal cigarettes and then get into a Somerset County Sheriff's vehicle, according to an affidavit.

According to the affidavit, Williams allegedly called a friend shortly after Cole was shot and confessed he shot the deputy in the head. He asked the friend to pick him up near where the deputy's vehicle was later found abandoned. The friend said Williams was smoking from a "crack pipe" and that he gave him a ride around 1:15 a.m. to a Skowhegan apartment complex, where he got in a car with someone else. The friend later flagged down a police officer.

Williams allegedly also called another friend and her boyfriend and asked to be picked up at the Skowhegan apartment complex, the affidavit says. When the couple arrived, they saw Williams with several bags and a bulletproof vest. The woman said Williams appeared "tweaked" and he asked to be driven to a home in Norridgewock, where she saw him put his bags in a silver SUV that was parked in the driveway. They told police they left Williams at the home and returned to Skowhegan.

Friends said Williams had been frustrated by his arrest in Massachusetts the previous month and by his girlfriend's arrest in Maine days earlier -- in which Cole had been involved.

Williams was due in court in Massachusetts the day of the shooting and had talked to a friend about becoming a fugitive.

Williams was not required to enter a plea Monday, and a judge ordered him held without bail. Williams stared ahead and quietly answered the judge's questions. The judge ordered a mental health evaluation and, at the request of attorneys, moved future court proceedings from Somerset County to Portland to ensure that Williams gets a fair trial.

Several of Cole's family members including his wife and son attended the hearing but left afterward without talking to reporters.

After the hearing, Williams returned to the state's maximum security prison, the Maine State Prison in Warren. Prison officials said it was not an unusual arrangement for an inmate with special security needs.

Cole's killing prompted a massive manhunt with more than 200 law enforcement officers pouring into the area in central Maine, along with tactical vehicles and helicopters.

Williams was arrested outside a remote cabin Saturday, the fourth day of the manhunt. He was shirtless and shoeless when he was captured and appeared exhausted when he was led out of the woods.

Colleagues of the 61-year-old Cole, meanwhile, praised him as a kind and patient deputy, one who was known for defusing volatile situations and treating those he arrested with respect.