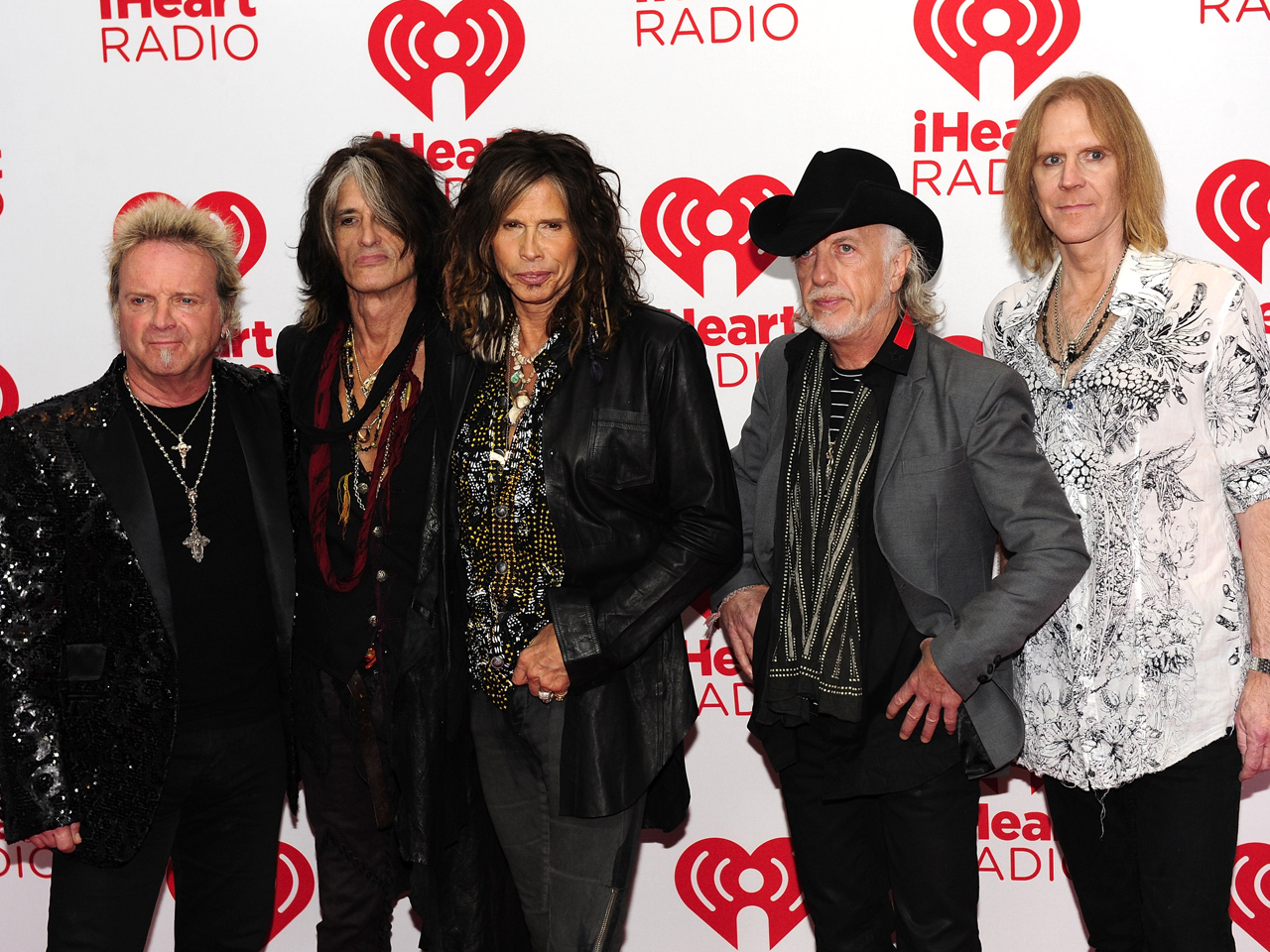 (CBS News) Aerosmith's new album will feature a couple of guest appearance, including one by Carrie Underwood. The country star duets with frontman Steven Tyler on the song "Can't Stop Loving You."

Meet the guy who helped bring the two together: songwriter Marti Frederiksen.

He's behind five songs on Aerosmith's upcoming release, "Music From Another Dimension!," including the Underwood song. And he also happens to be good buddies with Tyler; they ride motorcycles and go snorkeling together.

And probably more importantly, they've been making music together for years. Frederiksen first linked up with Aerosmith on the band's 1997 "Nine Lives" album, and he recently produced two mixes of "Can't Stop Loving You" -- a pop-rock single and a country version.

Frederiksen, who has worked with the likes of Faith Hill, Sheryl Crow, Pink and Rascal Flatts, told CBSNews.com that the country version definitely works well.

"The music for the song came together in about 30 minutes," Frederiksen told CBSNews.com. He and Tyler wrote the lyrics months later. "Lyrics take a little bit more time," he said.

Tyler said he enjoys working with Frederiksen because of his ability to add to the rhythm and melody line in songs. "It's like when you lay a beautiful quilt on a beautiful bed. He can add to something that's there as if it's always been there," Tyler said in a statement. "He's pretty genius like that."

As for the sound of the upcoming release, Frederiksen said it will be mix of everything -- from pop to rock.

When the time comes, Frederiksen says he'll be excited to hear "Can't Stop Loving You" on the radio. "It's great," he said. "It never gets old."

"Music From Another Dimension!," Aerosmith's 15th studio album, will be released on Nov. 6. It marks the rock group's first  studio album of all-new material in 11 years.